You are here: Home / ENTERTAINMENT / ‘Grand Horizons’ is a Star-filled Night of Comedy and Pathos

If Bess Wohl has a fan club, I want to be a member. For this talented, young American playwright seems to strike gold with every play she’s written. She first nudged us into the beauty of silence with Small Mouth Sounds.  After that, she gave the eighties generation an introspective look into our childhood with Make Believe. Now, she’s gifted us with a poignant comedic drama in her Broadway debut, Grand Horizons, presented by Second Stage Theater. 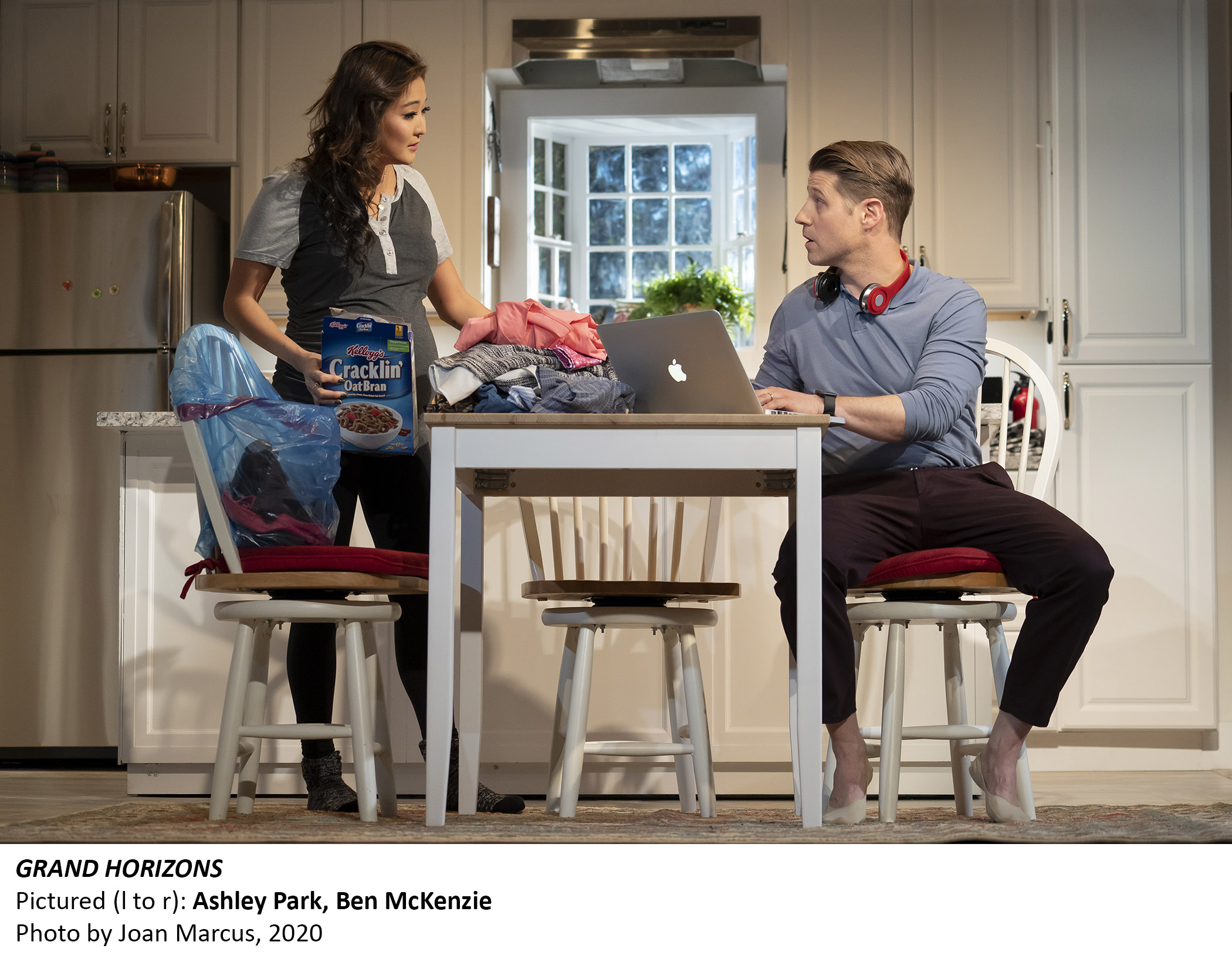 Bill (James Cromwell) and Nancy (Jane Alexander) are getting divorced. It wouldn’t be so earth shattering if they hadn’t been married for fifty years. Now, their adult sons Brian (Michael Urie) and Ben (Ben McKenzie) stage an intervention at their Grand Horizons retirement community home—along with the help of Ben’s wife, Jess (Ashley Park) an expectant mother and therapist. 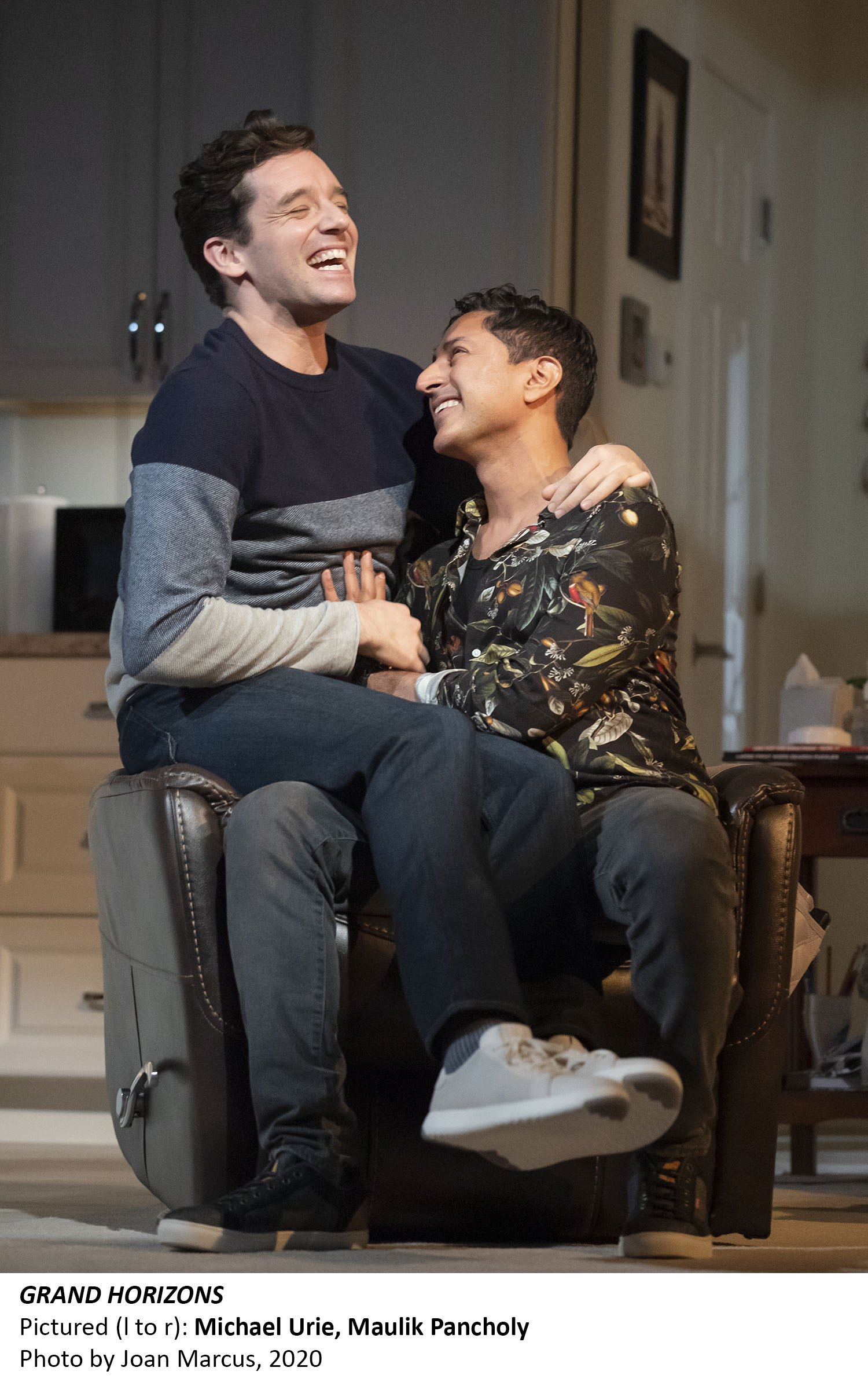 Family has always been the stuff of great theater and Wohl has crafted a play that far exceeds most of them.  She was inspired to write this tale after two of her friends’ parents split up. Both couples were in their late 70s-early 80s.  She was also intrigued by a current statistic which cited an alarming rate of divorce among the senior sect.

Thanks to this fine cast and keen direction from Leigh Silverman, Wohl has once again managed to mine the complexity of her characters, leaving the audience in stitches one moment and contemplating their own feelings next. Her finest characters her are Bill and Nancy, who could solely be fodder for laughs. Yet she’s painted them with respect and dignity. These are not feeble seniors, but rather hot blooded humans with with desires and wishes for their fulfillment. The same can be said for Carla (Priscilla Lopez), Bill’s extramarital love interest who states, “you know, you get older, you become invisible.” Not so in Wohl’s world. 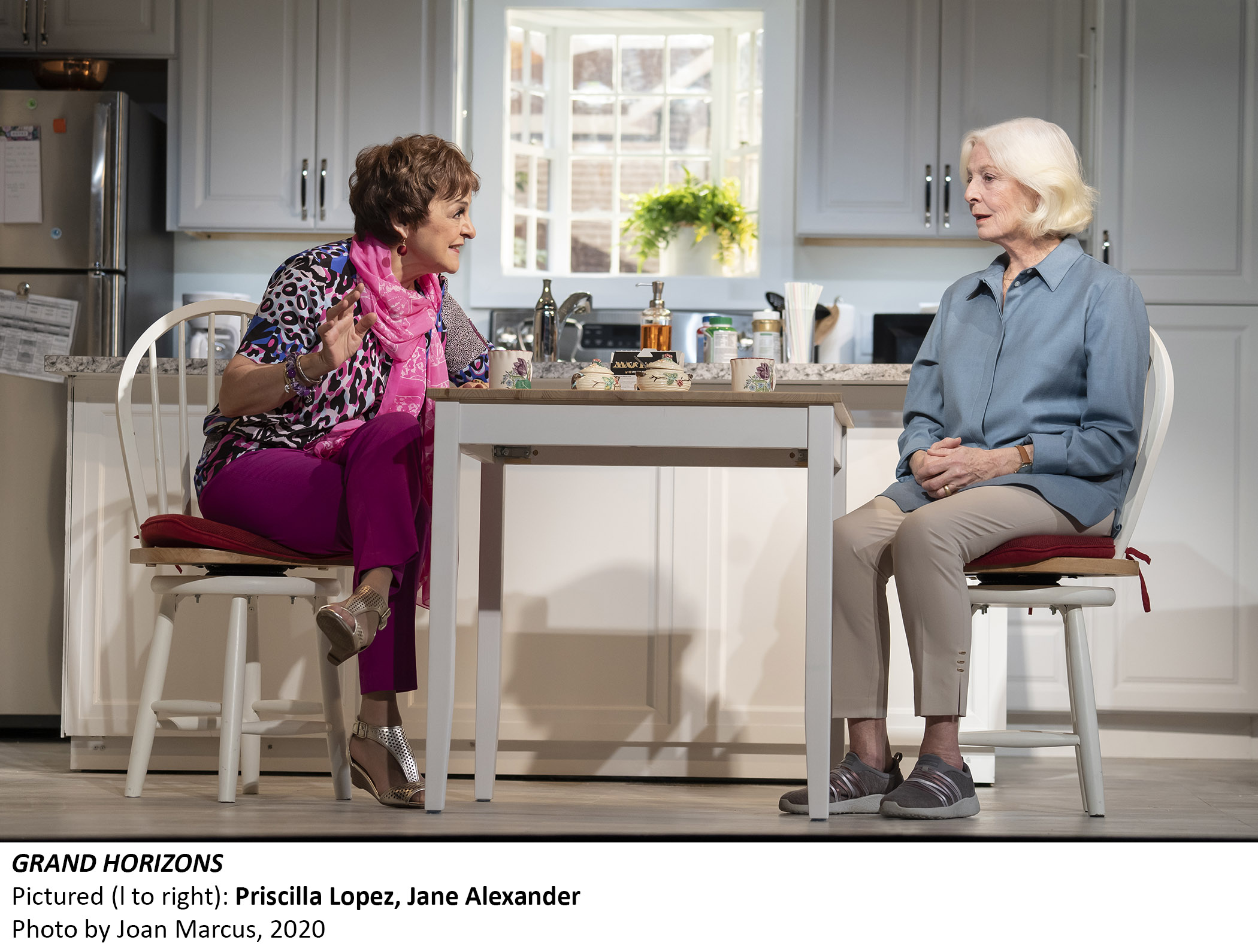 She doesn’t do as well with Brian, a high strung theater teacher who’s never had a real relationship. Brian brings home a trick, Tommy (Maulik Pancholy) but the affair fizzles. The scenario suggests the antiquated self-loathing of The Boys in the Band and does little to advance the story.

Apart from that, Grand Horizons, which premiered last summer at the Williamstown Theater Festival, is a respectable and truly entertaining night of theater performed by a dynamic and truly capable cast.