You are here: Home / ENTERTAINMENT / The Melody of Marriage: An Interview with Annastasia Victory & Michael O. Mitchell

“How Do You Keep the Music Playing?” the 1982 song written by husband and wife team Alan and Marilyn Bergman has become an anthem for keeping the joy in long-term relationships. For Annastasia Victory, a Russian-born pianist and her husband, Michael O. Mitchell, the song is quite literal.

Victory’s impressive credits as a composer, arranger, conductor, and recording artist include collaborations with some of the brightest stars in the worlds of Broadway, Classical, and Opera. Leslie Odom Jr., Billy Porter, Jake Gyllenhaal, Brooke Shields, Renée Fleming, Tituss Burgess, Deborah Cox, Joshua Bell, Savion Glover, Joe Iconis, and Cynthia Erivo are just a few highlights. She’s also played and/or conducted on Broadway in Once on this Island, Mean Girls, Motown The Musical, Newsies, The Color Purple, Violet, An American In Paris, School of Rock, Big Fish, Jersey Boys, Billy Elliot and Nice Work If You Can Get It.

Mitchell, a St. Louis native, also boasts an impressive resume. A fellow musician, he too has worked with distinguished artists such as India Arie, Ledisi, Michael J. Fox, The O’Jays, Lisa Fischer, Kristen Chenoweth, Billy Porter and Christian McBride. In addition to his numerous Broadway credits including Motown The Musical, The Color Purple, Nice Work If You Can Get It, and Memphis. Mitchell also serves as Music Director for the World Famous Amateur Night at the Apollo in Harlem. (Victory steps in when other engagements take him out of town). 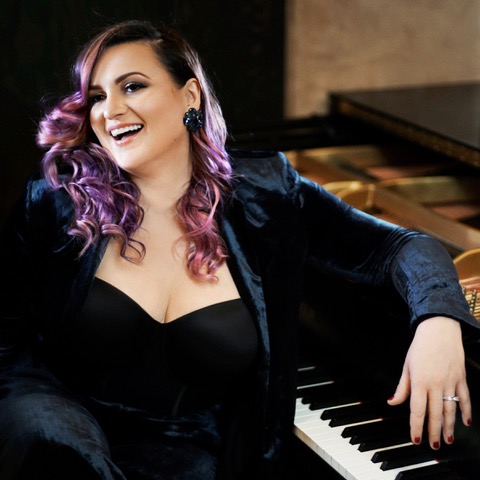 Currently, the New York City-based pair are in Miami, Florida where they are putting the final touches on a World Premiere musical based on the life of Louis Armstrong. A Wonderful World, produced by Miami New Drama, the tuner opened on March 5th and was scheduled to run through April 5th. Like most theaters around the country, it was forced to close early due to coronavirus.

Prior to the show’s workshop performance last summer in Manhattan’s Chelsea neighborhood, the couple sat down with Manhattan Digest to discuss the show, their relationship, and the challenges they’ve faced working in the industry.

MD: How did this project evolve for you?

AV: We were approached by the director, Christopher Renshaw, who also came up with the concept.  Chris and I had worked together on another project and he asked if we’d be interested in something like this. He thought it would be cool if we worked together. It came at the right time. It’s been such a collaborative environment in the room.

MM: This is essentially a jukebox musical. We’re taking a catalog of songs that have already been written and we’re fashioning them to a story.

MD: What surprises did you have researching Louis Armstrong?

MM: I grew up well after his heyday so I wasn’t aware of the controversies that surrounded him. Now he’s a beloved person. Then, he was a controversial figure. He was very vocal about things that were going on in the country, much like Sammy Davis, Jr. Both of them were just trying to survive and do what they loved, which was to make music.

AV: This show is told from the points of view of the women who loved him. He had a woman in every town. We really had to focus on a part of his life, because so much happened to him before he became a star, but this really focuses on his relationships.

MD: Are the women portrayed more as victims of his infidelity or are they strong?

AV: Oh no. Each one is very strong!

MM: They are each telling their truth and their perspectives about their relationship to Armstrong

AV: His relationships were each distinctly different. His first relationship was quite fiery, so the first chapter of our show is quite rowdy and very “New Orleans.”

MM: Right. Also, the part of New Orleans where he grew up was a melting pot. There were light-skinned folks, French folks, Creole folks, and people from the Islands. Once he was on the riverboat and started traveling through the country, he really became aware of the distinct racism.

MD: Is Armstrong portrayed by one person or by multiple actors?

AV: It’s just one person (Juson Williams) and he’s phenomenal. He replicates Armstrong without flat out imitating him or turning him into this clownish figure.

MD: This is the first work you’ve really built from the ground up, right?

AV: Yes. These characters have become so real to us and we’re discovering so much about them as time goes on.

MD: Let’s change topics to something more personal. I’m guessing that you met in the industry?

MM: We met in Room 16E of Ripley-Grier studios at 520 8th Avenue. I was sitting outside as the assistant musical director for  show called Three Mo’ Divas. I walked into the room and Annastasia was the musical director. So we worked together on that show.

AV: Then, my agent called to book me on another tour. This time, Michael was the musical director and we toured for three more years.   After that, our work took us to different locations and we lost touch. I was working on Leap of Faith in Los Angeles and Michael happened to be in the audience on closing night, so we reconnected again. 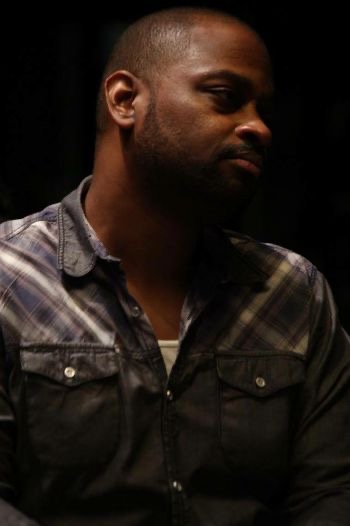 MD: Is there ever any competition over jobs?

AV: There have been times when one of us is working more than the other, but we’re mostly more encouraging to each other. It’s a very positive situation.

MM: The cool thing is that most people know that when they call and I can’t do a project, they are gonna ask me if my wife is available and vice versa.  We are both pretty strong-willed and both of us have great ideas, so sometimes we have to compromise on our ideas. It can be tense sometimes, but I ultimately trust that Annastasia is looking out for the music. 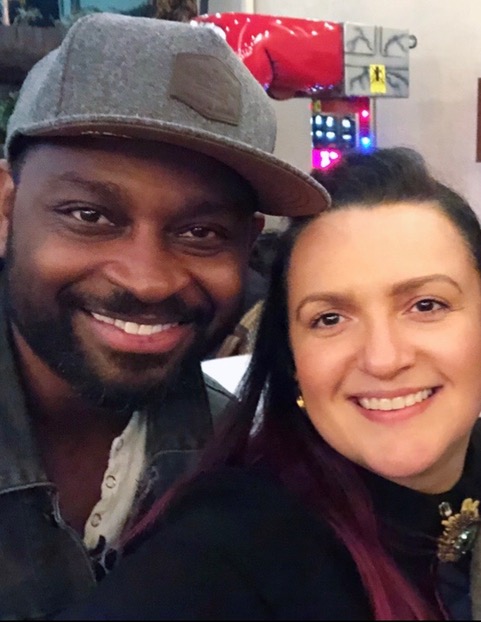 MD: Do you find that there is an issue in the industry over hiring minorities and women as musical directors?

AV: Absolutely. And it’s a pretty closed niche. If you look at every pit on Broadway, there will be a common theme. 95% are male. People like Jeanine Tesori have really helped boost female jobs in this industry. She has really fought for me.

MM: I often get put into a box and will only be called for the “black shows”, but I can actually play a variety of genres. Annastasia has a frustrating story about her experience playing on an Original Broadway Cast Recording. She was called a week and a half before the cast recording while we were on vacation in Tulum, Mexico.  We changed our flight to return a day and a half before the studio date. She learned the whole score and then went in and blazed it. After recording with the full orchestra, the engineer said that there was a problem with the piano microphone, so she had to play the entire thing again without the other instruments. When she finished, everyone stood up and gave her a standing ovation!

MM: That’s the stuff we have to deal with it, but it’s cool to have a sounding board who understands your plight.

AV: That’s what I like so much about the creative team of A Wonderful World.  We have an eclectic, diverse group that represents Miami.

MD: What’s the end goal for this show?

MM: Ultimately, everyone wants a show to go to Broadway but for me, the end goal is just to make a great product. To make something that will last and that people will enjoy and will want to see again.

AV: I think it’s lovely that this team is just focused on doing it and creating.

MM: We just hope to have a great production in Miami. That will predict what happens in the future.