You are here: Home / ENTERTAINMENT / ‘Trouble in Mind’ Finally Basks in Midtown Spotlight

Is America ready for truth? In 1955 it wasn’t. That’s when Alice Childress’s Trouble in Mind premiered off-Broadway, where it was a hit. A Broadway transfer looked promising, but it never happened. Truth got in the way. White producers didn’t like the message it conveyed and wanted the soften the tone so it would appease their white patrons.

After 66 years, one must look at our divided land and wonder if we’re still ready for truth. Fortunately, Roundabout Theatre Company had the good sense to encourage our confrontation by staging this classic play on Broadway—and they’ve done it without compromising Childress’s original script. Turns out, we still have lessons to learn.

Fortunately for us, Tony winner LaChanze is “holdin’ class” as Willetta Mayor, a reputable stage actor who is tired of playing stereotypical roles.  Chaos in Belleville, her latest project, is directed by the arrogant and ironically named Al Manners (Michael Zegen). Along with Mayor’s mostly black co-stars, Trouble in Mind places us ringside at rehearsals where tempers and tensions simmer to a breaking point.

Mayor is far from naïve to the unscrupulous tactics of white Broadway producers and initially tells cast members to “laugh at everything they say, makes ‘em feel superior.”  Later, she dispenses with her own advice in a showdown with Manners. 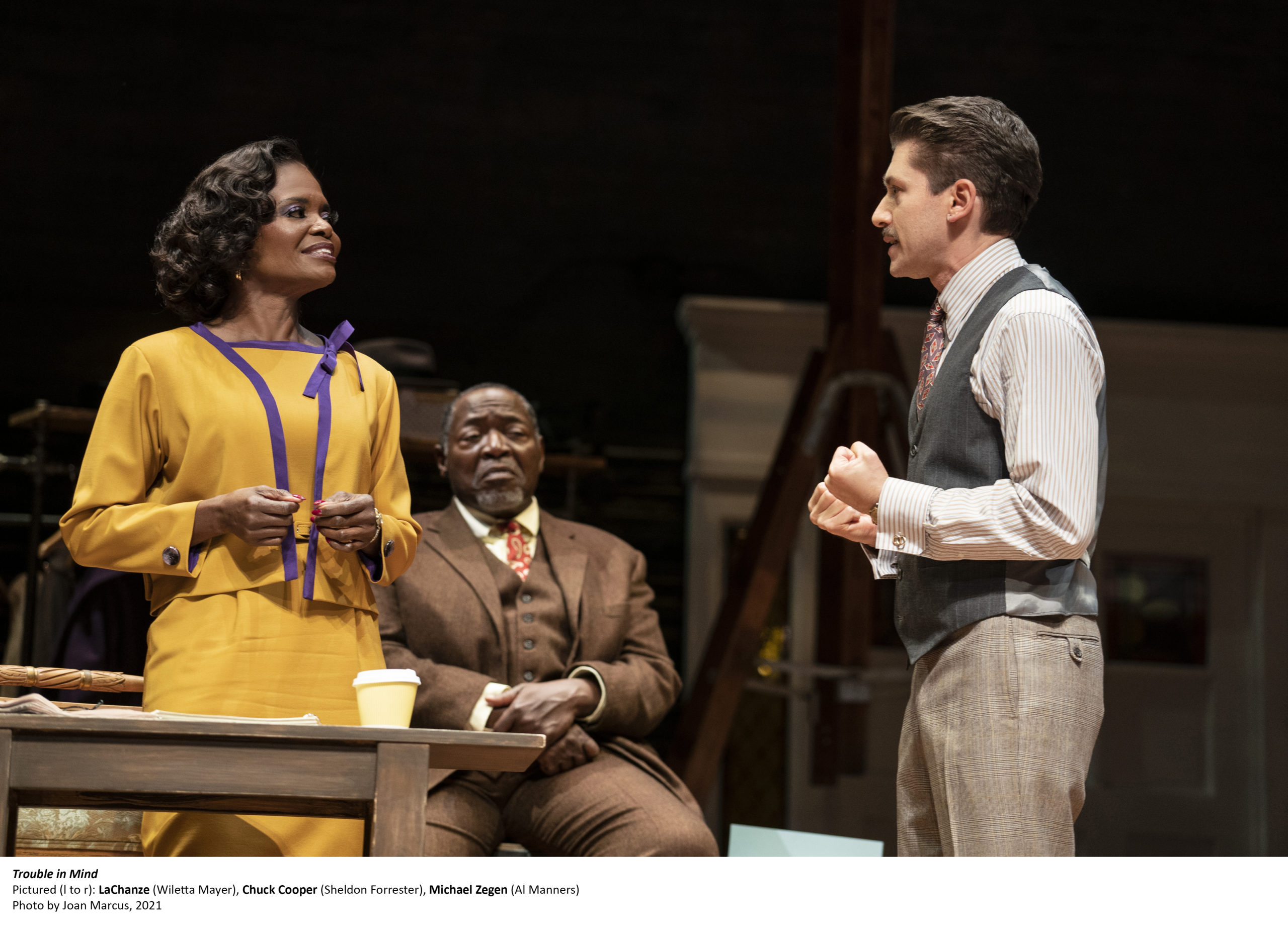 Childress brings some comic relief to the otherwise serious work through the role of Millie Davis (Jessica Frances Dukes), another theatre veteran who is fed up with subservient parts. Dukes, in her Broadway debut, is a true stand-out among this already exemplary cast. Director Charles Randolph-Wright has gathered a fine one.

Beloved Broadway star and Tony winner Chuck Cooper delivers a wrenching description about a lynching he once saw in his hometown.  He provides the show’s most difficult and poignant moments.  Cooper’s Sheldon Forrester has also been treading the boards for a few years. He knows the game but abides by the system for security—a system constructed and ruled by men like Manners and his daft but privileged assistant, Eddie (Alex Mickiewicz)

LaChanze turns out yet another grand performance here, one that is rich in  complexity and emotion.

Trouble in Mind occasionally plods along, a symptom perhaps of many classic plays-or that today’s audiences long for a 90-minute show. Still, there are enough revelatory lines and themes here that are well worth extra time in the seats.

Perhaps years down the road, we’ll explore this work in a different lens. “Thankfully, that was all in the past,” we’ll say. But for now, Trouble in Mind urges us, as Mayor says near the end of Act I, to “go higher and be better.”