You are here: Home / uncategorized / Sierra Boggess on her ‘Harmonious’ New Project

Sir Andrew Lloyd Webber has described Sierra Boggess as possessing “one of the most sublime soprano voices I have ever worked with.”  Boggess worked with him and the late Harold Prince, starring in both Phantom of the Opera and its sequel, Love Never Dies. She also starred in Lloyd Webber’s 2015 hit, School of Rock.  During the pandemic, she released an album with Downtown Abbey star Julian Ovendon entitled, “Together at a Distance.”

On March 23th, Boggess started previews in the New York premiere of Harmony, presented by National Yiddish Theatre Folksbienne.  Opening night at the Museum of Jewish Heritage will be April 13th.  Once again, she’s working with musical legends: Barry Manilow and Bruce Sussman, who have been produced several iterations of the show over the years.

The musical, directed by Tony Award winner Warren Carlyle, tells the true story of the Comedian Harmonists, an all-male group of six German vocalists who performed all over Europe between 1928-1934.

Boggess took some time from a rehearsal earlier this month to talk with “Manhattan Digest” about the latest project.

MD: This show has been around since 1997. How did you get involved?

SB: Through our director, Warren. We worked together in a 2016 concert staging of The Secret Garden. Initially, I hadn’t heard of it, but then I learned that it’s been around for quite some time and is, in fact, a beloved property. The story is incredible.  We were supposed to do this pre-pandemic, but I’ve been involved with it for almost three years now. It feels even more timely now.

MD: This story is about an all-male vocal group. Unless you’re doing a Yentl type thing, what is your role in the show?

SB:  My character is Mary and she is the girlfriend of one of the guys in the group whose real name is “Joe”, but they all call him “Rabbi.” The show takes place in Germany just before Hitler’s rise to power. Mary feels things the most. She senses that something is wrong. She questions how she and Joe can be so happy when this world is about to start crumbling. As she and Rabbi prepare for marriage, she converts to Judaism because she has a solid ethos of “where you go, I will go.” But we’re all on a  journey with these six men, half of whom are Jewish.

MD: There seems to be quite a bit of prescience in the show with what’s happening globally.

SB: Absolutely. The show meant so much already, but now there are a lot of parallels, which is really eerie in fact.

MD: What do you hope audiences will take away from the show?

SB: Ultimately, that humanity is strong. When this group sings together, it’s not just one. It’s togetherness. The title isn’t cheesy. It’s full of so much meaning. Music is truly the universal language. It bonds these people together who came from all walks of life. There are two relationships in the story and they explore just how deep and vast love can be and how it can weather anything if your values are alignment.  There are so many takeaways. Pick any!

MD: It’s a bit premature, but is there is buzz about this moving to Broadway?

SB: Like most shows, there is always talk about that (laughs). There definitely is, primarily because of what we’re talking about: the power of music, the love, the humanity,  the combination of what’s happened to our world over the last two years plus what is happening today. Yet there is so much hope in this show. Audiences know how these character’s stories will end and yet there is perseverance and survival in their tales.

MD: Do you have a favorite song or moment in the show?

SB: It’s so hard to pick and I want audiences to experience and choose for themselves, but the opening of our show is one of the best I’ve ever seen. Warren’s direction and choreography is exquisite. There isn’t a single song in the show that isn’t good. I look forward to every one. 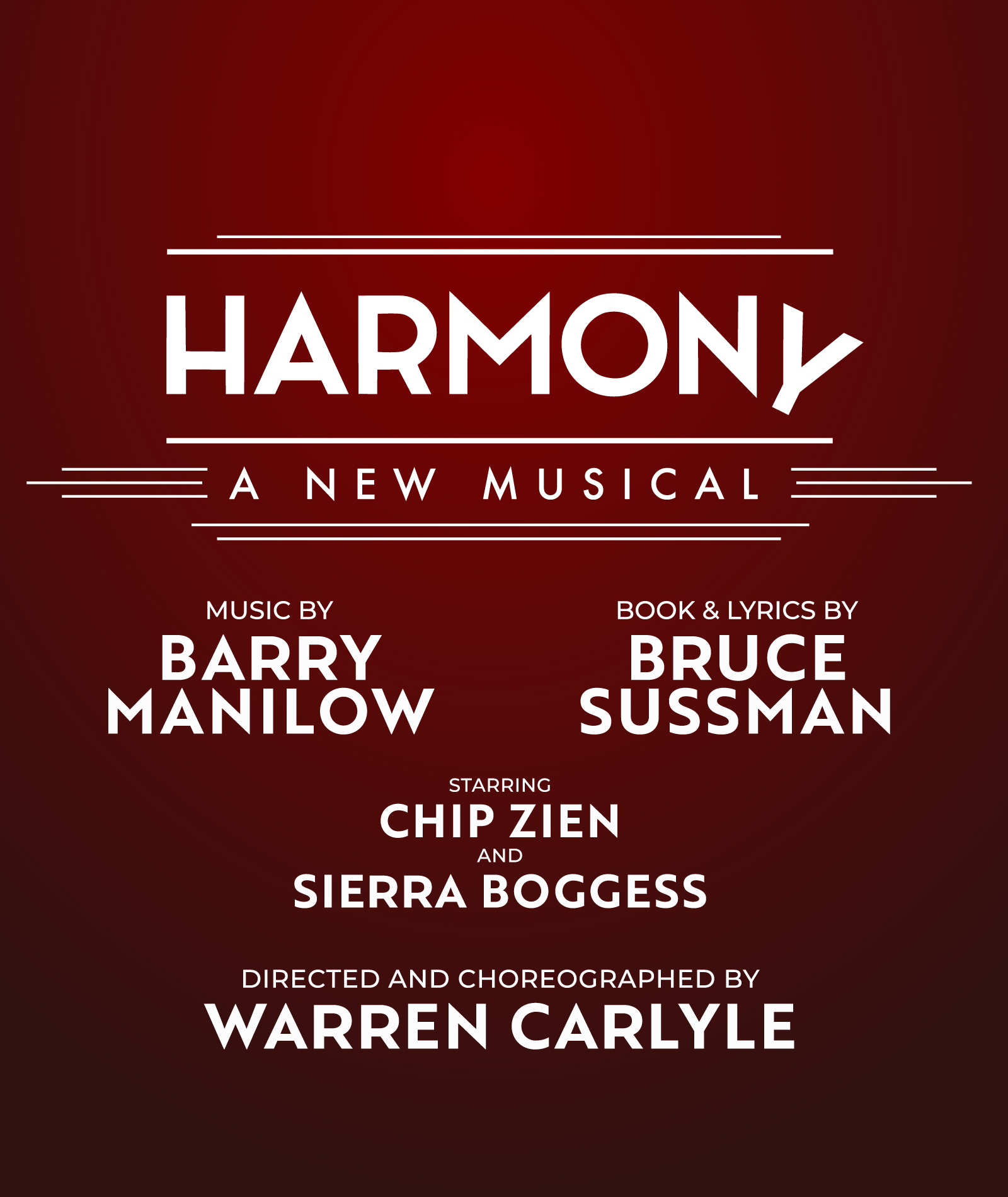 MD: What has it been like to work with Barry Manilow?

SB: He’s fabulous. He’s such a genius.  He hears things in a way that is so unique and is so right for the character. He’s been encouraging us to not just sing but to tell the story through the song. He’s  really a  lovely human being.

SB: I like people who write real music. It’s such a delight to sing.

Harmony runs through May 8 at the Museum of Jewish Heritage (36 Battery Place, NYC). For information and tickets, visit NYTF here.