You are here: Home / ENTERTAINMENT / ARTS / In ‘The Minutes’, Myths are Unmasked

Something is sour in the town of Big Cherry, the setting of star and playwright Tracy Letts’ play The Minutes. No. It’s not the obvious water stain seeping through the city hall ceiling on David Zinn’s cavernous set. (Although that does enhance the foreshadowing).   The deep seated, insidious virus are the sins of willful ignorance and censorship.

Letts give us a front row seat to this seemingly innocuous city council meeting where lost bicycles, pepper jelly, cheese crackers, and parking spaces are the top issues at hand. It may well be Blaine, Missouri, the setting for Christopher Guest’s hilarious mockumentary Waiting for Guffman. If only it were that funny.

Certainly, there are laugh out loud moments in Letts 90-minute drama, but most of them happen on the front-end. As the tale unfolds, silly turns serious, leading to a profound and stirring ending.

As tempers flare in school board and local council meetings around the country, the timing could not be be more relevant for Lett’s work. Issues of critical race theory, land rights, and LGBTQ+ issues abound, and civility is either fractured or obliterated.

Director Anna D. Shapiro has brought a top tier cast of Chicago based actors to the stage, all of whom are in perfect sync with one another. Stand-out moments abound for sure, but this is a true ensemble piece.  Shapiro keeps what could become a dirge briskly moving along. 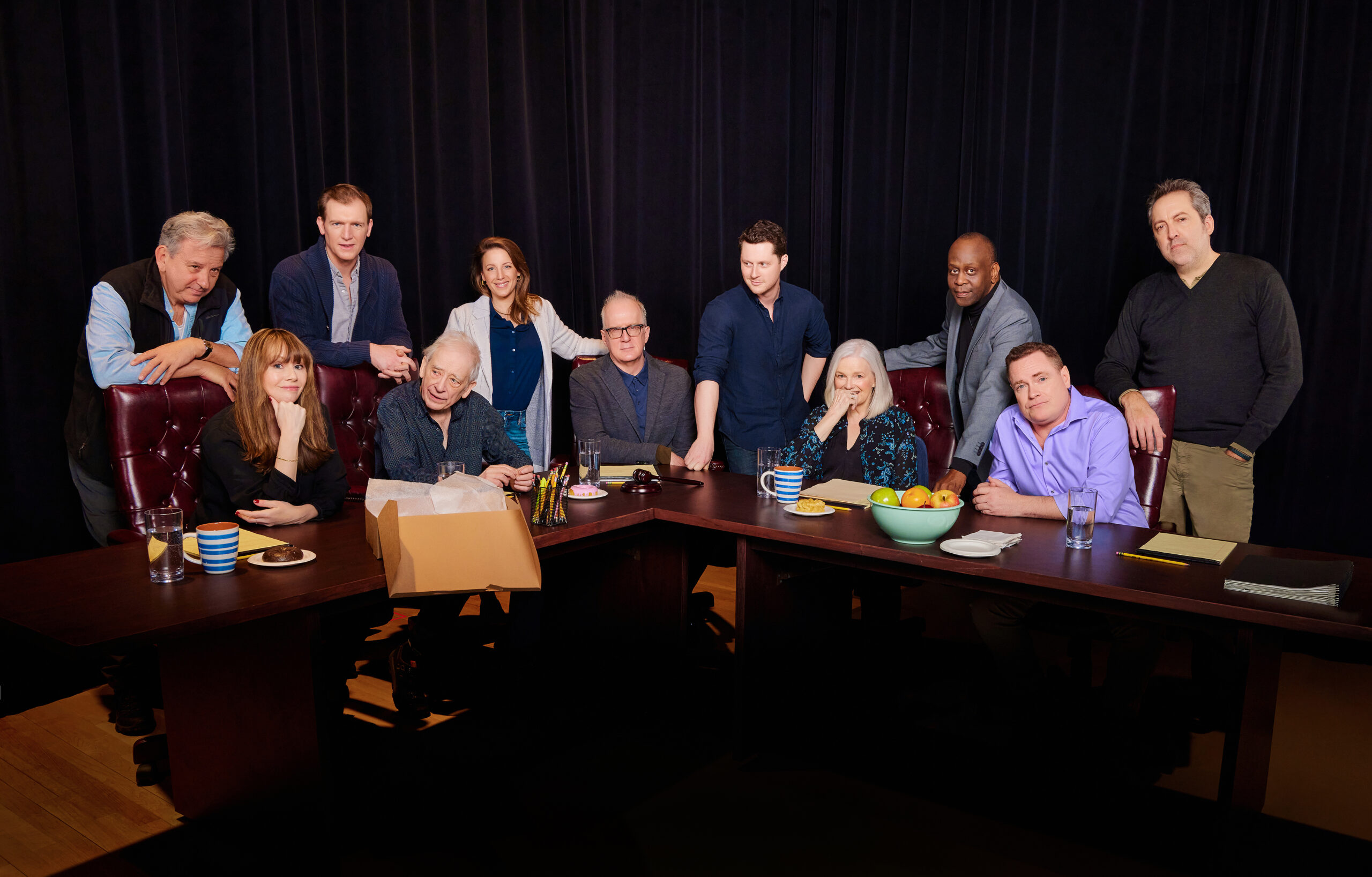 The Minutes. Photo by Jeremy Daniel

Ultimately, the play is a tough, but much needed pill to swallow. It exposes the vulnerability and errors of misplaced civic pride. Yet it emphasizes the importance of reconciling our past and acknowledging crimes that have gone before us. The fact that the story is being told on land once owned by Native American Lenapes should alone give us pause. Yet Letts does this in a way that never feels overtly didactic.  While the ending does pack quite a wallop, it induces more long term reflection. Days after the curtain falls, you’ll be thinking about this  play and that is indeed a rare treat these days on Broadway.