You are here: Home / ENTERTAINMENT / ‘Dough’ is on the money at the New Ohio Theatre 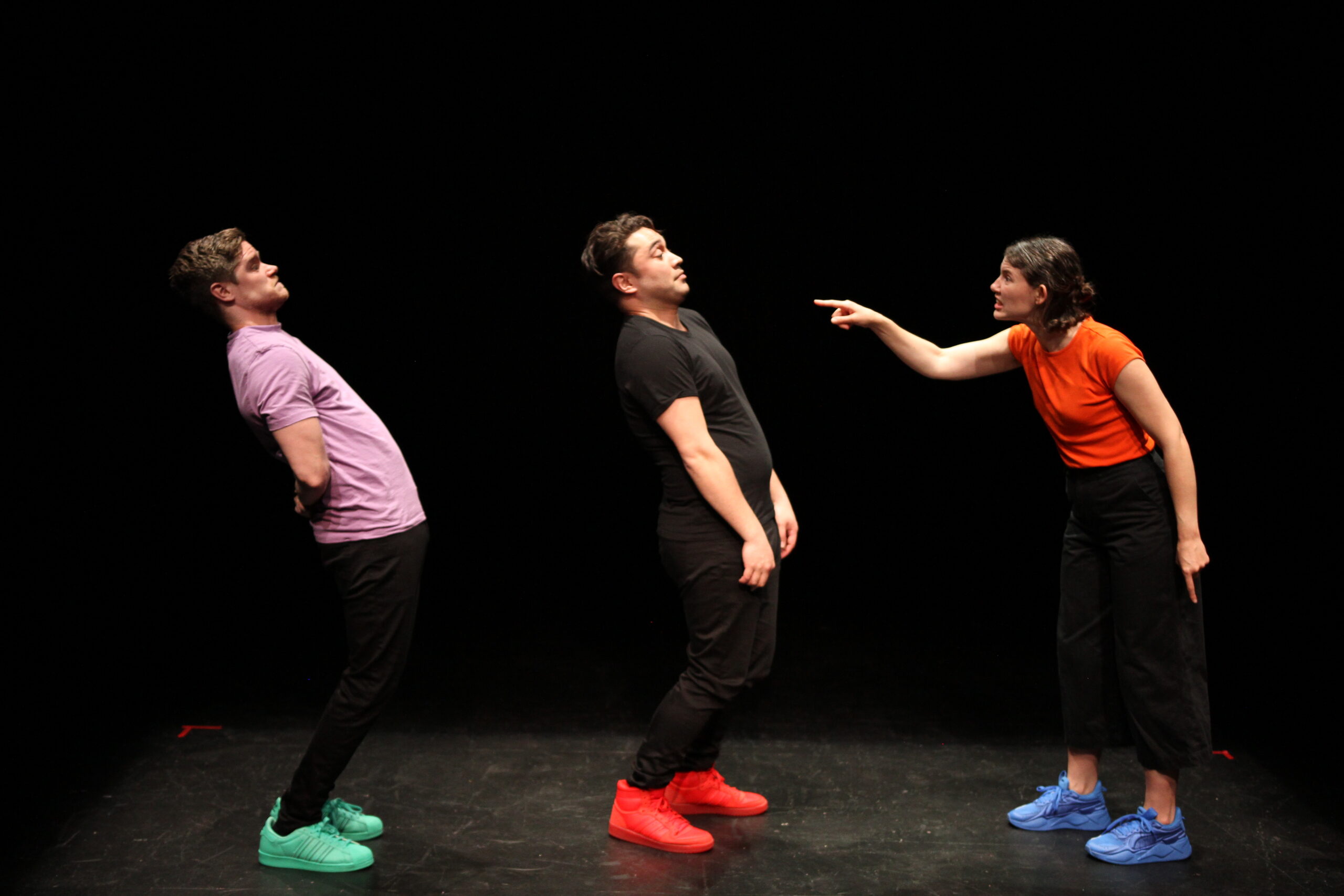 As the audience takes its seats for Dough, they encounter an empty, black box stage with no set to observe and no music to hear – less promise than a pocketful of centimes. Fortunately, writer/director David Lescot has plans to fill the space with plenty of story to fill its corners, no set required, with a script translated from the original French by Christopher Campbell.

Lescot’s alter ego Me (Zach Lusk) takes to the stage, and for the next 70 minutes tells the story of Me’s life in the context of money, particularly the money he doesn’t have. 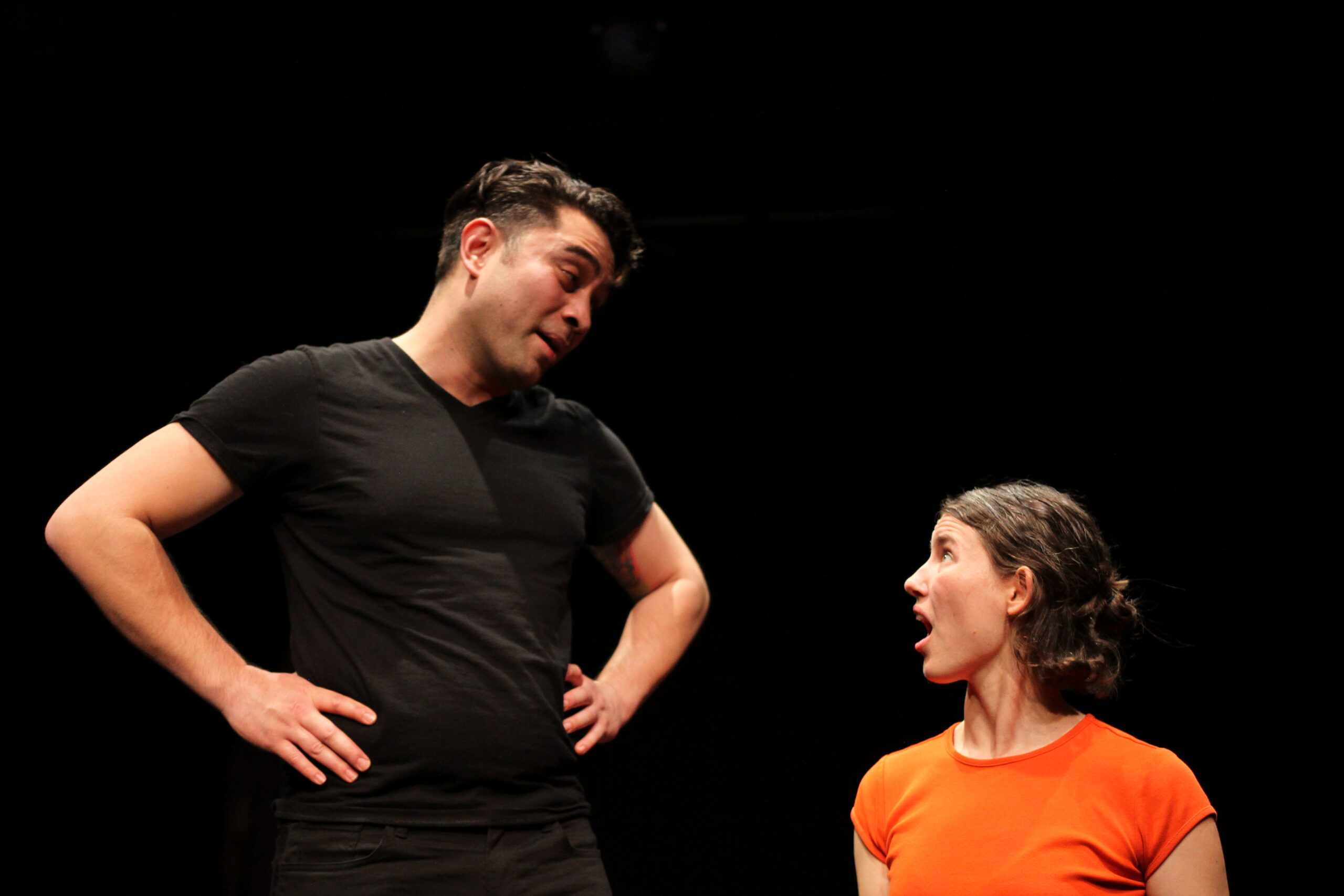 Me’s tale begins from a small boy and travels through his life to a mature man, starting with the 2,000₣ his grandmother gave him and ending with the same, now reduced to 500€. Me shares with us how the money flows, mostly out, to the friends, girlfriends, relatives, acquaintances, and strangers he has known along the way.

Rather than presenting a one-man show with a continuous monologue, Lescot has cast two additional actors to portray the 40-some odd other people in Me’s story, Matthew Brown and Hannah Mitchell; from the small to the elderly, Brown and Mitchell dialogue with Me in a wide variety of roles.

Lusk as Me is energetic and funny; his story-telling is engaging and well-timed. 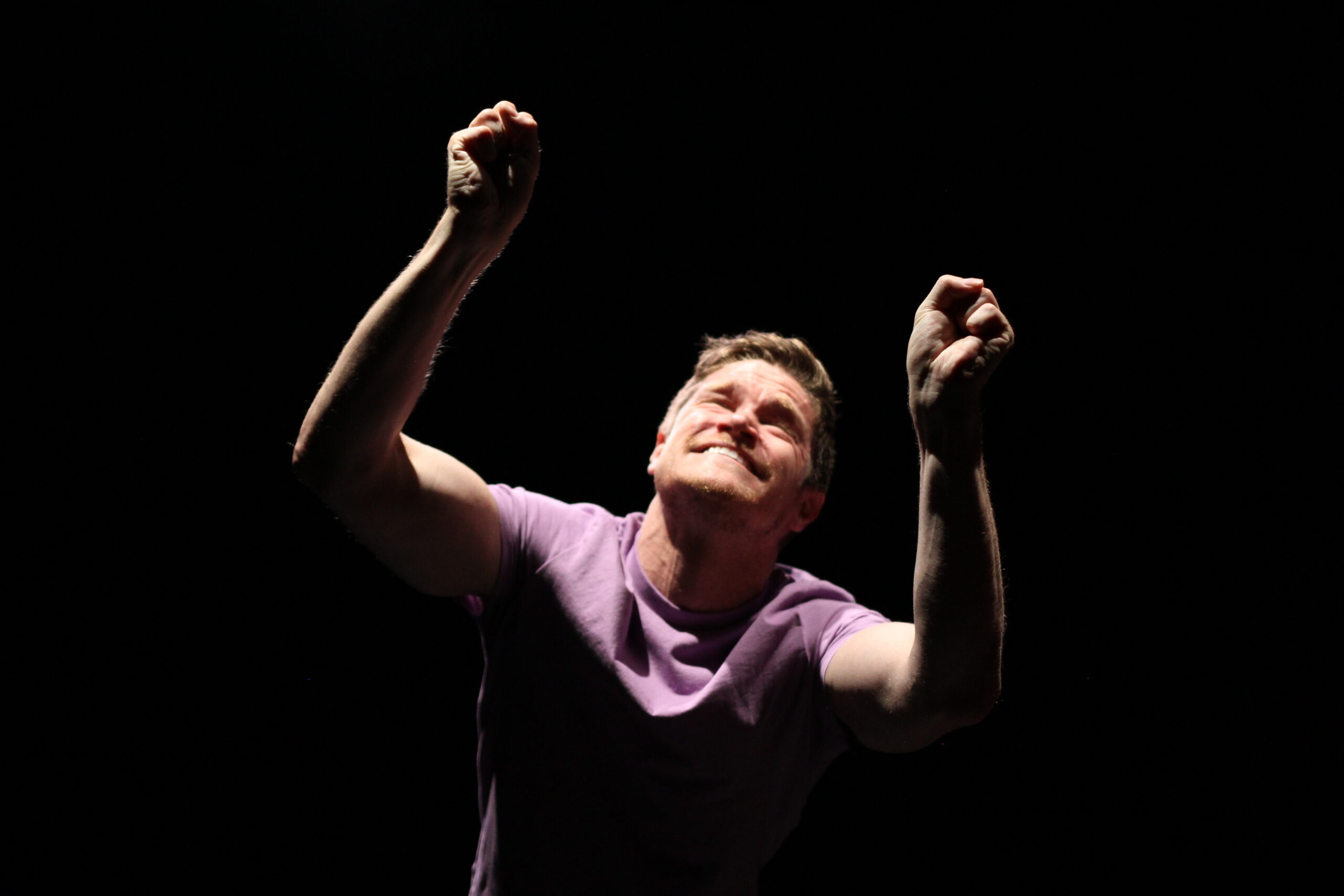 Brown and Mitchell are hysterical in the myriad of mini-parts they play, having only moments to convey their characters, with aplomb, before stepping back into the darkness. All three actors effortlessly keep pace with the fast-moving script, which has been well-translated into an American vernacular.

Lescot’s direction of his own material is well done; he carefully shapes the story with appropriate story arcs and employs inventive staging without the need of a set. Lighting by Roderick Murray is minimal but effective.

By description, Dough sounds like a potentially dry piece of theater, but Lescot has created a swift, humorous and sometimes bittersweet tale, leaving just a taste in the audience’s mouths about what it is to do without and how inevitable it is for most:

“You can’t keep accumulating all the time, you see. That’s what we get told but it’s wrong. There’s also a need to spend. It’s not just a law of economics. It’s a law of physics, physiology, psychology, philosophy and anything else you care to mention…you can’t always be gaining, earning, winning; you need to lose as well. We need loss.”

Keep an eye out for future productions of Dough and other works by David Lescot at http://davidlescot.com/

Running time: 70 minutes without an intermission