You are here: Home / ENTERTAINMENT / Under the Radar but Way Above Average: Three Plays to See this Month

The Tony Awards might be over and die-hard patrons may have exhausted every Broadway option,but these three intimate theatrical offerings are a fine way to kick start a summer season of comedy, tragedy, and everything in between. Even better, they won’t break the bank! 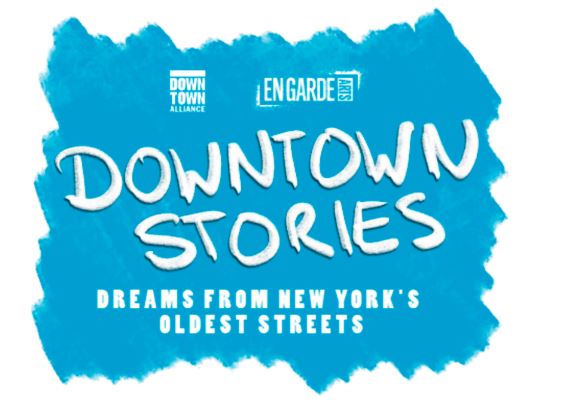 Downtown Alliance and En Garde Arts have joined forces for this one-of-a-kind walking tour. In the 60-minute Uncovering Downtown, playwrights Mona Mansour and Jessica Holt upend the fascination with founding father, Alexander Hamilton.  Sure, he once walked Lower Manhattan and spent time working in their buildings, but he wasn’t alone.  Actor/Performer Michelle J. Rodriguez takes curious visitors on a tour that navigates the street and follows the heart.  What starts as one thing, morphs into something entirely different and fresh.

This is the type of event that makes New Yorkers proud of their city—and makes visitors feel as though they’ve had an experience that far surpasses the usual tourist spot. Ultimately, it affirms the belief that every life lived is a life worth celebrating.

For each ticket purchased, patrons will receive a $20 voucher, redeemable at a local downtown restaurant.

Playwright Mona Mansour has had quite a productive year. In addition to Uncovering Downtown, her play The Vagrant Trilogy, recently played to sold-out audiences at the Public Theater and earned a New York Times Critics’ Pick-and she has a genuinely hilarious play currently running in the West Village.

Beginning Days of True Jubilation, presented by New Ohio Theater and Society Theater Company is one of the finest stage satires in recent memory.

A large cast, with keen direction from Scott Illingworth, comprises a start-up company called Asphera. What do they do? Neither outside observers nor the employees are sure. Yet it’s apparently “ground-breaking”, “disruptive”, “game-changing”, and all other superlatives that real-life, corporate lackeys have heard at one time or another.  Unbridled enthusiasm and ambition unite to push boundaries beyond what is humanly and scientifically possible with the goal to create a perfect product.  One need not look further than recent headlines from Silicon Valley to find glaring similarities in this company whose swift unraveling is as grand as its overblown ideas.

Anyone who has ever endured a team-building exercise in a corporate setting will relate firsthand to the antics at Asphera, eliciting either a painful cringe or an audible belly laugh. I often found myself simultaneously doing both.

This large cast is uniformly in sync with one another and while they are all doing a marvelous job, I was most amused by the physical comedy of Brian Bock and Caroline Grogan. These company cheerleaders offer unflagging support to their CEO, played with ethereal magnetism by Annie Fox. That is, until they don’t.

Beginning Days is both a comedy and a cautionary tale forcing us to question what lengths we’re willing to go for blind faith, team loyalty and ultimately, self-preservation.

Much like he did in 2018’s Daniel’s Husband, playwright Michael McKeever is once again exploring the frailty of life in Mr. Parker. And once again, he’s doing it with great humor and sensitivity.

Middle aged Terry Parker (Derek Smith) is having an identity crisis. When he moved to New York City as a young man, few people paid him much attention. “I was defined by the man I married. And now suddenly, for the first time, I’m just . . . Mr. Parker,” he laments to Justin (Davi Santos), a 28-year-old, carefree bartender who Terry picked up after one too many cocktails.  Seven months prior to the one-night stand, Terry’s husband and well-known artist Jeffrey McCabe was killed in a car accident. Now, Terry feels unmoored and disillusioned with his own life.

Mia Matthews rounds out the cast as Cassandra, the steely and hard-nosed executor of Jeffrey’s estate-and Terry’s sister-in-law.

There is much to unpack in McKeever’s tale: Inter-generational relationships, family dynamics, grief, self-assurance, and ongoing commentary about our toxic obsession with technology.  For a less skilled writer, the results could be overbearing. Yet McKeever carefully mines these topics and the complexities that they bring.

Joe Brancato, who directed the play’s New York premiere at Penguin Rep Theatre, is once again at the helm with this production. He’s assembled a stellar cast of professionals who avoid turning the piece into what might otherwise be a maudlin slog. Instead, it is a beautifully rendered work.

It’s appropriate that patron’s phones are turned off and placed in a Yondr case before walking into the theater. Like Broadway’s Take Me Out, the goal is to respect and protect the privacy of the actors since both plays include full-frontal nudity. Yet is also reflects McKeever’s belief that we’re all capable of sitting silently in a dark room for 90 minutes with a willingness to be transformed solely by live theater—free from alerts, rings, screens, and all other digital distractions- just like we did before 1990.  I’m happy to report that everyone in the audience survived the performance I saw.