You are here: Home / ENTERTAINMENT / The Ups and Downs of Stardom for Jean Claude Van Damme 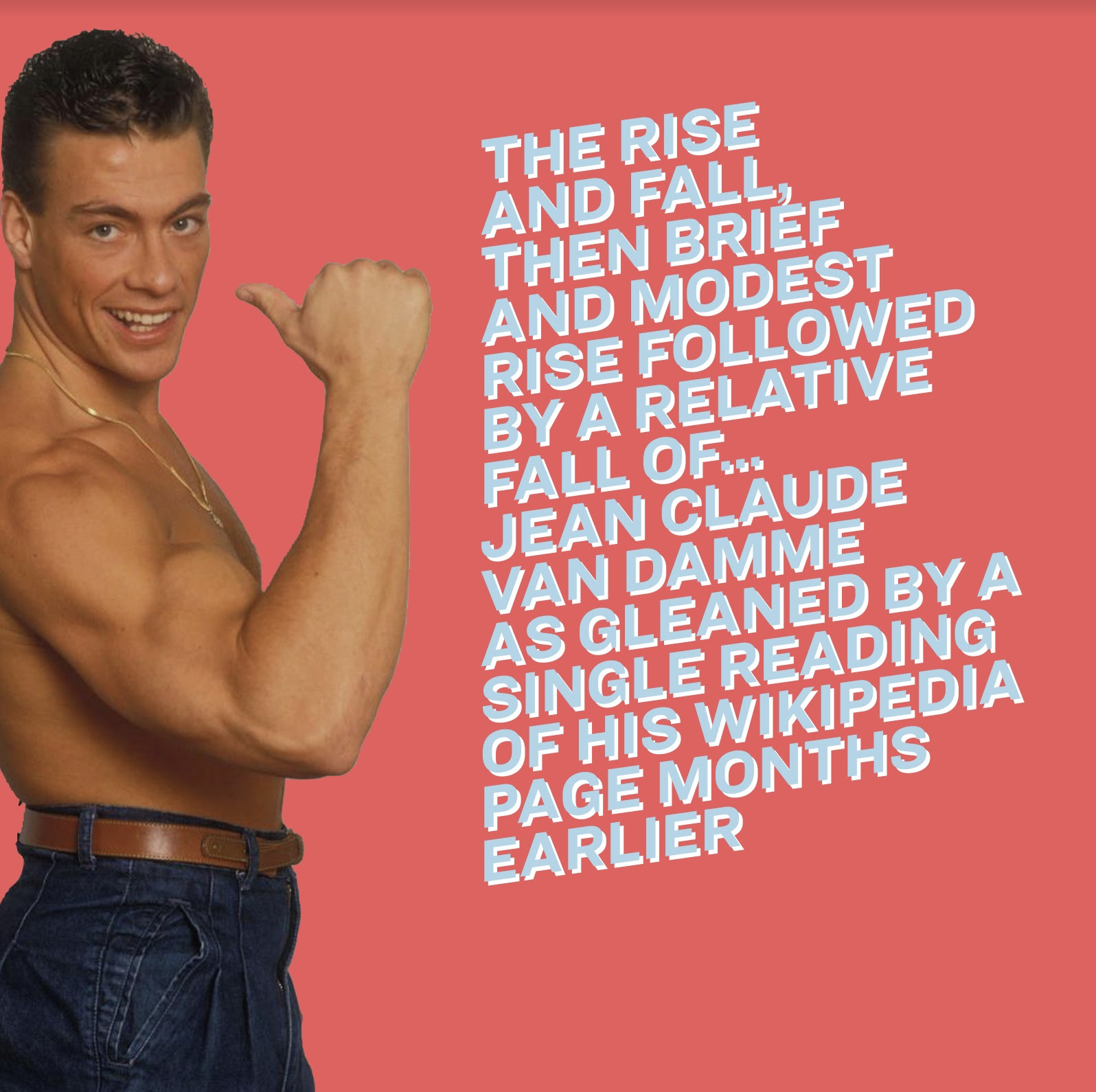 Jean Claude Van Damme. His name alone elicits chuckles. Granted, he’s had more fame and success than most of us will ever see. Nonetheless, his is not a name synonymous with fine, contemporary actors of our time. Which is why Timothy Haskell’s latest creation is such a gleeful, giddy, gem of a show.

The Rise and Fall, then Brief and Modest Rise Followed by a Relative Fall of…Jean  Claude Van Damme as Gleaned by a Single Reading of His Wikipedia Page Months Earlier  (Yes, that’s the full title. Too much for a marquee, but surprisingly just right for a small pocket card marketing piece), is a nostalgic, hilarious  piece behind one of Hollywood’s best known martial artists aka “The Muscles from Brussels.”

In just under an hour, John Harlacher and Joe Cordaro chart the humble beginnings of the Belgian born actor, following him all the way to his fictitious death. Haskell implements quite a bit of poetic license, but none of it really matters. It’s clear that he, along with directors Paul Smithyan and Aaron Haskell, are fond of their subject. Rather than a complete skewering, they offer more of a tongue-in-cheek tribute.

Haskell’s show is that rare treat New Yorkers stumble upon every so often. The sort that makes one yearn for more downtown, warped creativity. One with grown men playing with action figures, plenty of belly laughs, low-budget stick figures and high kicks. In short, pure joy.

The Rise and Fall, then Brief and Modest Rise Followed by a Relative Fall of…Jean  Claude Van Damme runs through Sunday July 17th at The Pit Loft (154 W. 29th between 6th and 7th ave.). For tickets and information, click here.