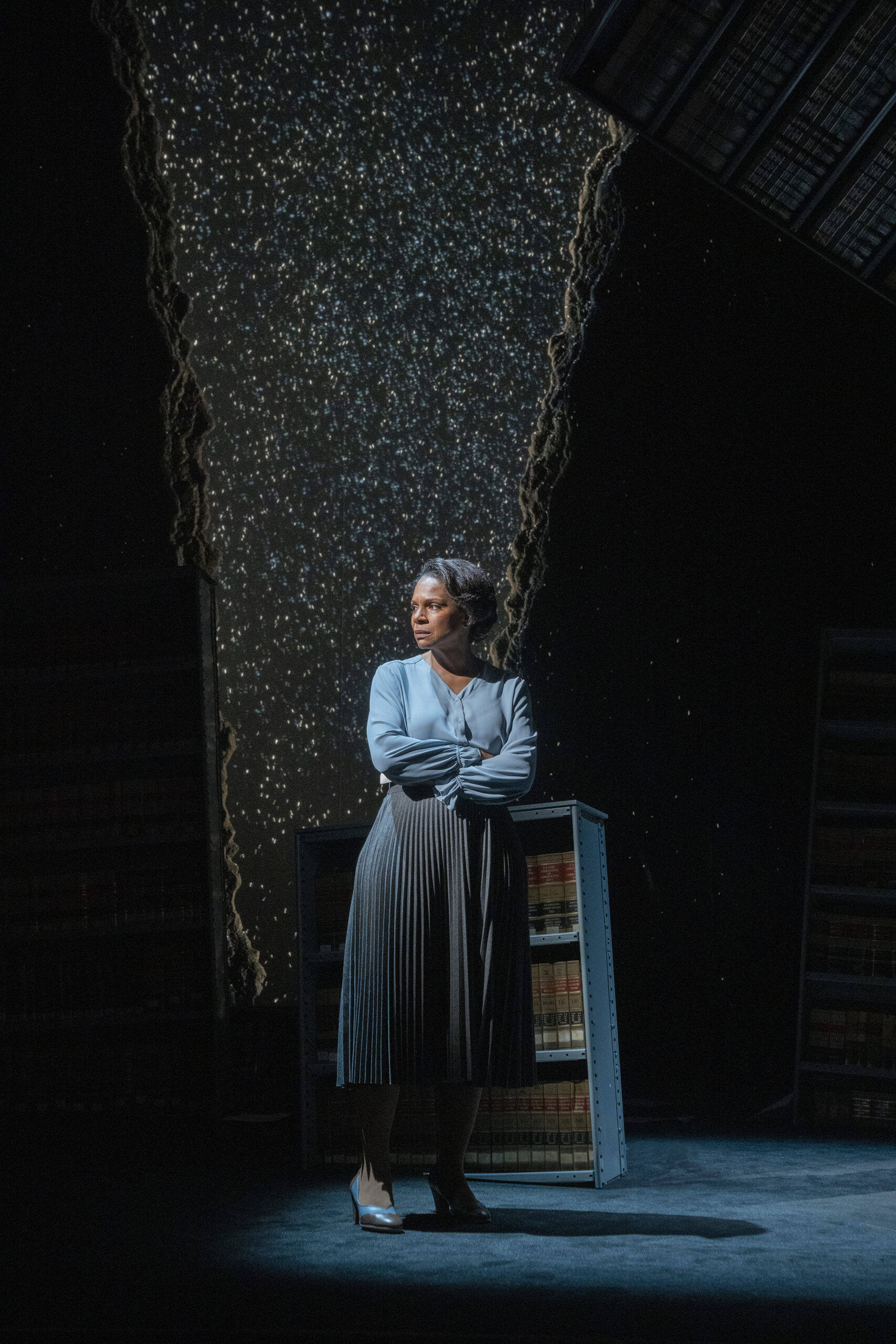 It’s an extraordinary and long overdue celebration that playwright Adrienne Kennedy is making her Broadway debut at the age of 91. The Pittsburgh, Pennsylvania native has been influencing and impacting American theater since 1960’s Funnyhouse of a Negro.  Her time in the spotlight is truly overdue.

For such a luminary however, the play that producers have chosen to stage is Ohio State Murders. Despite the star power of six-time Tony winner Audra McDonald, the 75-minute one act is pretty underwhelming.

This is not to minimize the physical and mental tragedies suffered by Suzanne Alexander (McDonald), a 1949 student at the predominantly white University. Years later, the now prominent writer has returned to the school to offer a lecture on the violent imagery in her work. In the process, she reveals the two murders that occurred while she was there. In the process, she lays bare the systemic and structural racism that sadly, painted her as the victim. Even more unfortunate and shameful is that not much has changed since 1949. 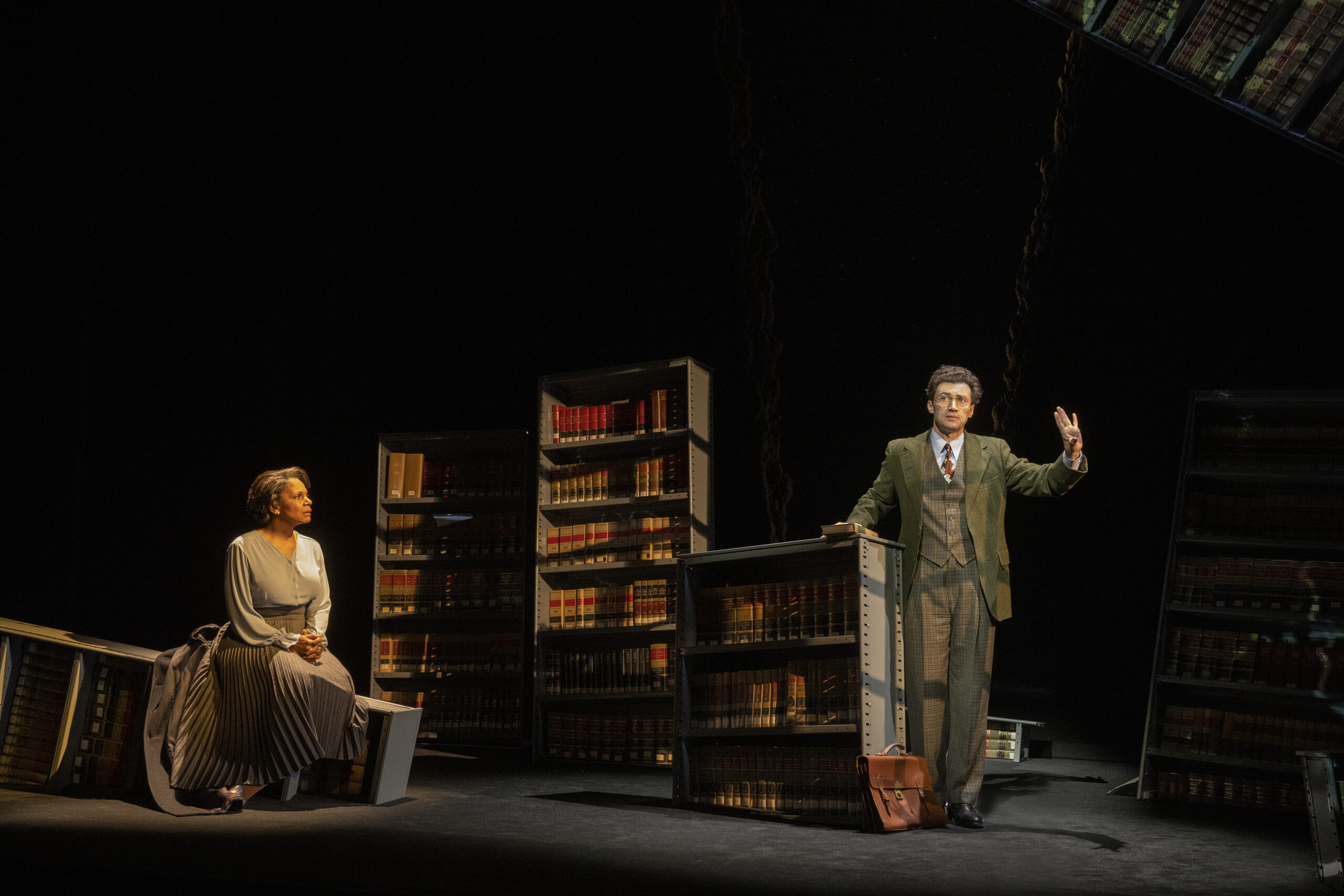 McDonald toggles between Alexander’s younger and older self, a choice that is new for this Broadway iteration. Ohio State Murders originally premiered at Yale Repertory Theatre in 1991 and later, in 2007 at the Duke Theatre Off Broadway.  In both productions, two different actors played the younger and older versions.  With McDonald in dual roles, it’s a prime opportunity to once again, showcase the talent of this truly gifted performer.

Sure. There is an ensemble here, each of whom play Suzanne’s friends or college instructors. All of them are in capable hands with Kenny Leon’s direction, but this piece belongs primarily to McDonald. Still, it all feels rather flat. One wishes for more momentum or to be truly moved by the tale. To that end, it seems that it might be better served as a short story.

Beowulf Borritt transforms the James Earl Jones stage with suspended bookcases while snow gently falls in the background. It’s an appropriate set for a piece as quiet and muted as an actual library. Still, it’s quite possible that seven may be a lucky number for our leading lady when Tony winners are announced.

Ohio State Murders is now running on Broadway through February 12, 2023 at the James Earl Jones Theatre 131 W. 48th between 6th and 7th. For tickets and information, click here.