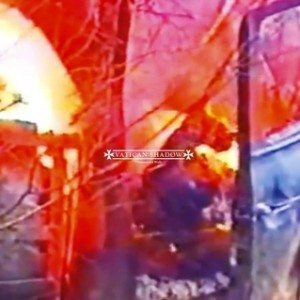 Dominick Fernow has been a lead contributor to the highly prolific noise scene through his many aliases (most notably “Prurient”). As opposed to his peers in the genre, such as Wolf Eyes or Black Dice, Dominick’s music has always been more harsh, more disorienting, and certainly more damaging to the eardrums. This is an artist who is not kidding around. His music is relentless and unforgiving, and many of his tracks have featured high pitched alarms and sirens that scrape and gnaw at your mind for dozens of minutes on end. This most likely does not sound pleasant, and it certainly isn’t, but there is also a not-so-easy-to-write-down aspect of his music that is rewarding and addicting; mark my words, after you have listened to one of his releases you will want more.

His newest release compiles nine highlights from a new military inspired alias. These tracks were previously released as singles/EP’s on his own “Hospital Productions” label, but in this collection they are being put out through the much-loved, and very modern “Modern Love” label. If you haven’t heard of this label, dark might be one word to describe its output, but a more apt phrase would be suffocatingly bleak.

This release’s sound fits right alongside label mates “Andy Stott”, and to an even greater degree – Manchester’s, “Demdike Stare”. Both acts craft harrowing soundscapes out of buzz-saws and dozens of other non-musical entities, as well as embracing influences from various cultures. These sounds are conjoined to create a morphed, and entirely un-danceable form of ambient-leaning techno/house. The difference is that Vatican Shadow does this at higher on average, bpm than Demdike Stare. Still, many of Dominick Fernow’s previous releases have seemed to exist in a category all their own, and this one seems easy to corner in comparison.

One could also lump this into the newly cited “Hipster House” tag (meaning no disrespect), which speaks of techno/house music being created by artists pertaining to non-house backgrounds. Fellow noise brethren “Pete Swanson” recently made his first foray into the techno scene with the fantastic “Man with Potential”, and his results were similarly un-danceable. For these reasons, Ornamented Walls is somewhat more accessible and predictable when compared to  his earlier material – although clearly not in the traditional sense of these words.

As I’ve stated before, this is a compilation, not an album. I mean this in the truest sense, as this release has no discernible flow, and the highlights are all front loaded. Here lies the release’s main flaw, as this leaves for a very uneven listening experience. Despite this complaint, Ornamented Walls remains a successful and well done direction for the artist. When the project gets a proper, fully developed full length it will be much more deserving of our attention.

8.) Church of All Images (Church of the NSA)

9.) Boxes Were Wired to Batteries then Loaded into a Brown Toyota Cargo Truck