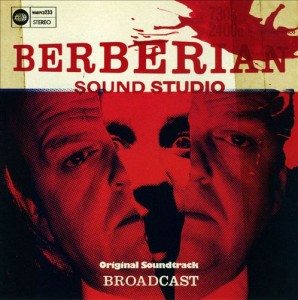 I will begin this review by saying what must be said: This is Broadcast’s first release since vocalist/instrumentalist Trish Keenan’s untimely death. She had been working on this soundtrack along with James Cargill before she was hospitalized due to pneumonia in 2011. Due to both artists being multi-instrumentalists, it is unclear how much of this album was worked on by Trish. However her influence is felt throughout and the music is made that much more sorrowful because of it.

Although this is a soundtrack, and stands alone in Broadcast’s discography, it can be considered a progression of the themes presented on 2010’s “Investigate Witch Cults of the Radio Age”. On that album, the band, along with collaborators “The Focus Group”, reached the culmination of their avant-garde tendencies. Although the band’s sound was always progressing, this was the first time where they could no longer be even remotely compared to their sister act, “Stereolab”.

Not surprisingly, due to this being a film score, “Berberian Sound Studio” is mostly instrumentally based. Although the album has a whopping 39 tracks, this number is in no way representative of the album length in total, which clocks in at only slightly over 30 minutes. Only a handful of tracks are over a minute, and the longest is 3 minutes. This leaves any kind of track-for-track analysis out of the question as many tracks are reliant on their antecedents and consequences. The album eventually does work well as a whole through the reemergence of themes and the occasional standout track. For the record, I listened to the album 10 times and not until the later half did certain pieces come into being.

Broadcast has always been known to be perfectionists, and despite the progression away from identifiable “songs”, that status is no different here. I have not seen the film this work is based off of, but the synopsis seems reminiscent of early Cronenberg, so it is not surprising that this release sees the band at their most “Hauntological”.  The sounds range from ominous keyboard melodies, vocal snippets, organ drones, 80’s synthesizers, the clicking of old film reels, blood-curdling screams, and Trish’s looped, echoey vocals. There are a few instances where the whimsicalities of early Broadcast from “The Noise Made by People” or “Haha Sound” can be heard, but these moments are few and far between. Don’t expect to come away from your listening experience humming anything in the vein of “Come on Let’s Go”.

This album is a difficult one to give a score. Broadcast’s work has always been the type whose greatness has taken a while to shine. When first released, no one called Broadcast’s early work as classic, but when the end of the last decade rolled around they were reevaluated and deemed masterful. As hypocritical as this sounds, “Berberian Sound Studio” is not going to be deemed a classic; however, it feels like something is missing to this album that will fill itself in as the sounds enters our subconscious and we revisit them years down the line. For now we will have to be happy that this album exists at all, for the tragedy surrounding it could have been fatal to what is surely music that is worthy to the band’s legacy.

1.) A Breeze Through The Burford Spur

13.) Monica’s Burial (Under the Junipers)

15.) Monica (Her Parents Have Been Informed)

27.) The Curfew After The Massacre

38.) Here Comes the Sabbath, There goes the Cross