You are here: Home / ENTERTAINMENT / Album Review: Dirty Beaches – Drifters/Love is the Devil 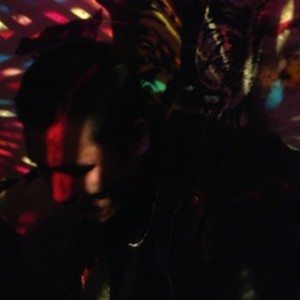 Dirty Beaches: Drifters/Love Is The Devil

Some may disagree, but personally, I’ve always felt the main reason double-albums are often so prone to failure because the artist attempts an exploration of genres outside their forte, and in doing so creates a listening experience that is ambitious, but overall uneven and not representative of his/her talents. Plus, especially in these backward looking times, cohesiveness has been something to strive for in music. While it’s certainly impressive to make songs that run upwards of 20 minutes, or an album that requires 2.5 hours worth of subway trips to finish, in the end are those really the albums you are going to play again and again throughout the year?

Alex Zhang Hungtai, mastermind behind “Dirty Beaches”, has avoided many of the pitfalls associated with double albums by making one in which each disk appropriately complements the other. Both are entirely distinct from one another and even have their own titles. The first one, titled Drifters, is an outward looking record heavy on freak-outs and detailed drum programming, while Love is the Devil is a more personal, ambient heavy affair. If you are familiar with Dirty Beaches’ first proper full length, Badlands, which was released in 2011, you will likely be very surprised with how radical a departure much of this music is. While Badlands was a grimy, 70’s inspired lo-fi record heavily influenced by Suicide, here the influences are much harder to pinpoint. While I seriously doubt these were primary influences, without the saxophone that is heard throughout “Landscapes in the Mist”, it could easily pass off for a Wolfgang Voigt track, and similarly, “Berlin” has an ethereal piano backdrop that wouldn’t be out of place on an Eluvium record.

Thankfully, despite his broadened horizons, Hungtai hasn’t abandoned what made his first album such a standout. This guy is a loner if there ever was one, and his lack of a proper home (a statement he has made in several interviews) is felt throughout the entirety of the album. Many people are saying that the first disk here is much more accessible, but let me make this clear; in the traditional sense, absolutely none of this music is accessible. Only on Elli do we arrive at what could be considered a “song” with a naturally flowing chord structure. Furthermore, it took me until the end of my first listen to realize I had yet to understand, or ever properly hear, any of Hungtai’s lyrics. While part of this is because he occasionally sings in a different language, such as French on “Aurevoir Mon Visage”, mostly, it is because he sings/screams in a deadened drawl that is so drenched in reverb it is almost 100% indecipherable. Everything here, including the edgy guitars and pulsing synths, is heavily corroded and bursting at the seems with dense, mind-altering pressure. However, instead of being too harsh, these factors actually give the album a lot of personality.

The two disks here represent two sides to a very experimental coin, and each style is sought out with the utmost precision. Which disk you prefer is ultimately based on your musical tastes, as I have to deem them equal in quality. With that said, the majority of people are going to find Drifters more appealing than its ambient based counterpart. As most of Hungtai’s work has been released on cassette-only labels, what he has given us here feels like a very generous offering. While 75 minutes is a big chunk of music and time, I find this album to be relatively easy to listen to, because hidden under the brutal textures and noise there is something here that remains interesting, unique and undeniably beautiful.

8.) Landscapes In The Mist*

Love is the Devil

5.) Alone at the Danube River*