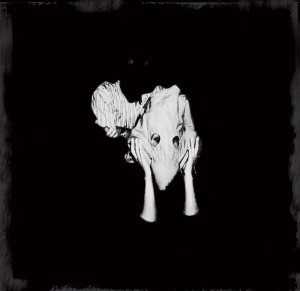 Writing about Sigur Ros in 2013 isn’t an easy thing to do. Through 15 odd years and 7 albums, the Icelandic five piece have perfected their brand of glacial post-rock countless times over, and their influence on today’s music scene is easily documented. Still, despite their ever increasing popularity, and the undeniable quality of each passing album, the last few years have seen Sigur Ros receiving a fair share of criticism (or, at least much more than they probably deserve). While the band has yet to be outright ridiculed, for some reason, critics expect Sigur Ros to be more than the most technically impressive rock band in the world. The bulk of this “negativity” has revolved around Sigur Ros not reinventing themselves, but instead continuing to maintain and adapt their own distinct sound. Personally, I find this critique to be unfair, and even a little bit cruel when you consider how indescribably beautiful the sound of Sigur Ros really is. Sure, while listening to a Sigur Ros song, it’s relatively easy to recall another, similar sounding song within their discography, but try taking each of their albums as a full piece; you will be able to see how each entry stands as a unique experience. For instance: Von is their most experimental, Agaetis Byrjun is their most sprawling, ( ) is their most challenging, Takk is their brightest and most accessible, Med Sud is their most varied, and Valtari is their most serene.

However, I do have to say, even with these noticeable differences, the core emotions we feel when listening to Sigur Ros have for the most part stayed the same, and because of that, coming up with a new set of descriptors for Kveikur is proving troublesome. It’s certainly a few shades darker — but that bit is almost too obvious to talk about. More interesting perhaps, is that while typically a Sigur Ros song has followed a path of slow and steady verses building to epic climaxes (soft/soft/loud), here a bulk of songs start off at what seems like full blast — only to become even more ferocious a few minutes in (loud/loud/very loud). With the pounding drums, and the rhythm section which is more prevalent than we have heard from Sigur Ros in years, Kviekur is much more rooted in “rock” than their last few efforts. The band themselves even pegged this as Valtari’s polar opposite. If it wasn’t for Jonsi’s transcendental and always soothing voice, much of this album could be seen as straight up metal; albeit metal of a more atmospheric and piano inclined variety.

The album opens with crumbling static decay, which soon feeds into pummeling guitar chords. While “Brennisteinn” isn’t representative of the album in its entirety, we definitely get to see the band in a more raw state of mind throughout the nine tracks. Jonsi’s voice is often doused with reverb and cut into miniature segments, similar to the maximalist production found on solo album “Go”, but without the sense of whimsy. The title track in particular incorporates elements from industrial and goth rock to create a pulse that even outdoes their previous go-to headbanger “Ny Batteri”. On the other side of the spectrum we have a track like “Rafstraumur”, which has a backing vocal that wouldn’t be out of place on a Yo La Tengo record. The band manages these sounds in a way that maintains the unparalleled grandiose spirit they are known for.

A question I asked myself a few times while listening to this record is: are Sigur Ros still relevant? It might seem like a strange question from someone who is clearly a huge fan of this group’s output, but while the quality of this group’s music has been consistently excellent, the group’s earlier efforts made you feel like you were listening to a truly important band — one that only comes around every few lifetimes. It turns out they were important, and because of it they will likely have their place in the music history books regardless of what the rest of their career entails. Now the group’s legacy is firmly set in stone, and while nothing is missing here, it certainly doesn’t feel vital. It might sound like i’m giving off mixed messages with this album — but i’m not. It’s a great album, but that’s also all it is.