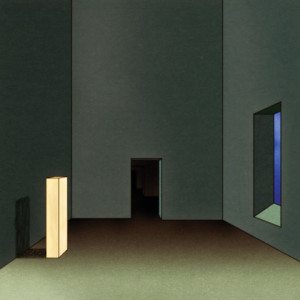 We’re living in a time where proper release dates have become all but obsolete. The internet ungratefully stole that privilege from record labels with the dawn of the torrent, and it’s unlikely we will ever recover from it. After all, who can get excited for a release date when we know very well we will likely be listening to the album weeks before that projected date. Many artists have even begun leaking their own albums via online stream in attempt to prevent fans from listening to low quality versions from untrusted sources. It’s a necessary move too, as unknowingly hearing an album in its unfinished form is one of the true examples of how file sharing can be detrimental to the music experience. For instance, chances are, if you downloaded Oneohtrix Point Never’s breakout LP Replica illegally, you were left to wonder if those interjecting glitches and blips throughout “Explain” were supposed to have been there (hint: they weren’t). The same goes for Arcade Fire’s The Suburbs, which leaked with a version of “Deep Blue” that faded out before the epic ending crescendo (one of the album’s best moments imo). This ill-fated process immediately creates a disconnect between the artist’s intention and the listeners perception, and the reality that the album was built around becomes distorted.

So, yes, it’s usually not a good sign when an album leaks months prior to its release date. Even if the album happened to leak in its completed form, there’s nothing worse for an artist than for the world to play out one of their records before it hits store shelves. However, Oneohtrix Point Never’s heavily anticipated R Plus Seven — which leaked mid August — has proven to hold up far past its actual release date, and in my case it has taken me these entire 2 months to merely form an opinion about it. Additionally, while he might be beloved by critics and music nerds alike, Daniel Lopatin’s work has always been a nightmare to dissect. Since R Plus Seven is quite possibly his most structurally obtuse release yet, we should be grateful we were able to get a head start on digesting it.

It’s an album that you will listen to for days on end, and although you will enjoy it…and feel moderately comfortable with it…it’s unlikely that you will ever truly know it. It presents itself not as floating sound waves and discernible patterns, but as undefinable objects set in abstract settings during alternate time frames. Watch the video for “Problem Areas” if you don’t know what I mean. While it may be the continuation of the sample based approach that garnered OPN so much attention on Replica, it’s also a move away from concrete pieces that start and finish within a finite time frame. There is not one track among the ten that I would risk playing in isolation from the others, as it’s not an album that looks for concise statements.

With that said, R Plus Seven is arguably the most musically minded project Daniel Lopatin has put out, and although it’s a puzzle, it’s an inviting one. Here Lopatin deals with an electronic jungle of sounds that incorporates centuries of musical memorabilia. It’s his most versatile statement, and his pieces are accompanied with more pronounced melodies than ever before. While he’s never been a fan of repetition, he outdoes himself this time in terms of progressiveness. Each element of sound within a track is representative of a wholly different time in musical history, but he sorts these pieces into a cinematic orchestra of emotions.

After the umpteenth listen, you’ll realize the music is not as post-human as it originally leads you to believe; even if it is post-everything else. From traditional instruments (for him), like piano, horns, church organ and samurai strings juxtaposed against his usual array of ancient midi software and puddles of abstract noise, he creates a sound that is a mixture of both everything and nothing. He combats every progressive sound with a dated one that is deliciously cheesy and fake, hinting that he isn’t being completely serious.

The experience isn’t completely even; you won’t be engaged from start to finish, and some of the shorter tracks don’t resonate as fully as they could have. Still, I feel any slight flaws are necessary, as the album’s overall effect is greater than the sum of its parts. This is an album that — quite like Returnal, Rifts, and Replica — injects life back into the experimental music scene. True, it may be a scene that doesn’t need any saving, as there are countless artists who are similar in design to Oneohtrix, but the difference is that OPN makes this kind of restless, opaquely disorienting music fun again. He makes the daunting seem mesmerizing, the scary seem friendly, and the sad seem funny. If that’s not worthy of being called groundbreaking then I don’t know what is.