As someone who has been in the gay culture of Manhattan for quite some time now, I have seen several businesses come and go but never really gain any traction in the ever changing gay scene. Adonis Lounge is not one of them.  In fact, it has become a gay institution here that started merely with an idea that gained and grew over the years.  Owner Tim De Itturiaga who I have had the pleasure of not only meeting but becoming very good friends with, has mastered the art of bringing fans back by having top of the line guys available at their disposal for anything from a friendly conversation to a private dance.  Now there is much reason to celebrate as Adonis Lounge is celebrating it’s fourth anniversary this weekend and they are planning on making it one of their best (if not their best) weekends yet. 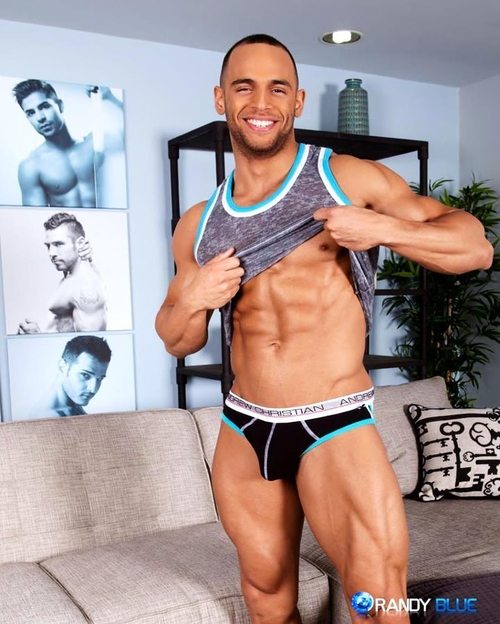 The weekend actually begins a day earlier (Saturday is their usual day) with a special added performance for one night only at Lucky Cheng’s on 240 West 52nd Street.  After that is when the real anniversary party begins the next night at Club Evolve (221 East 58th Street, between 2nd and 3rd) where Adonis is always held.  They have two huge headliners that many a gay man should be familiar with.  One is Randy Blue mainstay Sean Zevron and Dominic Ford exclusive Lance Luciano, both who are guaranteed to get the crowd’s hearts racing amongst other things.  Giggity.

They are also flying in people for this special night, including five premiere models from Las Vegas as well as some of their most popular NYC regulars all guaranteed for you and your friends to have one hell of a night.  Adonis Lounge over the past couple of years has played host to some of the biggest names in the business from Samuel Colt, Jason Adonis and Jesse Santana to name a few.  It provides a welcoming and safe environment to many and its business has now gone bi-coastal with the recent opening of its Los Angeles location.  So if you are in the NYC area this weekend and want to do something that is a little different but good fun at the same time, stop on down to Adonis Lounge and have a good time.  Check out their official website for more information.