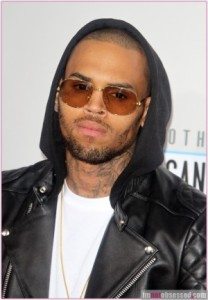 Singer, Chris Brown, was arrested for allegedly assaulting a man outside of the W Hotel, on K and 15th Street, in Washington D.C. early Sunday morning.

Although the D.C. Metropolitan Police Department stated that alcohol and drugs do not appear to have been a factor, Brown, 24, allegedly got into a verbal argument with the man before punching him repeatedly.  The incident occurred around 4:25 a.m.

Brown faces a charge of felony assault for the incident. Another man, Brown’s bodyguard, Christopher Hollosy, 35, was also arrested and charged. According to the DCMP, Brown and Hollosy were taken into custody and are being held at the 2nd District police station.

The victim of the attack was taken to the hospital to treat the injuries he sustained. The DCMP did not disclose the victim’s condition, instead only stating that “he’s alive.”

Brown was infamously arrested in February 2009, after assaulting then-girlfriend, singer, Rihanna, on the night before the Grammy’s. Brown was found guilty in California of felony domestic violence.  He was placed on five-years of probation after entering a guilty plea, and was ordered to fulfill more than 1,400 hours doing “labor-oriented service.” In a Youtube video, Brown expressed deep remorse and claimed he “accepted full responsibility.” His probation for the 2009 assault was reinstated in August, after he was involved in an alleged hit-and-run, which he vehemently denied.

Brown has been scheduled to appear before Los Angeles County Superior Court Judge, James Brandlin, on November 20 for a probation hearing.

Update: The assault charge has been reduced from a felony to a misdemeanor. Brown still pled not guilty and was released without bail; he was ordered to stay at least 100 yards away from the alleged victim.