You are here: Home / OPINION / Why Are We So Mean To Bottoms? 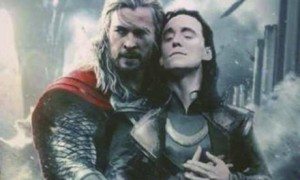 Not too long after I post or you share this, I’m willing to bet you will get at least two kinds of responses. Number one is going to be a few people coming out to loudly proclaim that they are the mythical total top unicorn (bonus points for anyone who then starts joking, but not really, flirting with said person), and number two will be people loudly denouncing the heteronormative binary hegemony of top vs bottom.

Go on any hook up site, and you will find plenty of guys looking to bottom. Yet, talking to people, the subject of bottoming seems to be a kiss of death, or at least the subject of much mockery. Calling each other a thirsty gurl, or a slopobottomus is part of this. Hell, I’ve been “accused” of being a bottom by a potential hook up, as if this would be a bad label. I’m still not sure what that was supposed to mean. We could go into a long psychological diatribe about WHY we have such a response to getting slammed, but let’s face it, for many of us, getting fucked feels good. Just as much as fucking, and some would claim even more so, depending on your proclivities. I’m sure there’s some sort of “masculine guys don’t get fucked” sort of thing going on, and it’s not like masculinity issues don’t exist in the gay community, but at the end of the day, quite a few of us want to get fucked, as evidenced by my scientific study. Yet, too often, we end up projecting our insecurities and belittling the other person. Like so many other times where we have to denigrate and ostracize those who have what we want. No, I don’t mean that we’re all “haters” but that, for some of us, and at some times, we would like to be that guy, who’s able to be a total bottom, and get some rough hot tops, and not have anyone give us any side eye.

For some of my friends, and my “friends” this also means letting go of perceived notions of what masculine men can do. I personally believe that it’s more masculine to do what you want and say to hell with everyone else, then it is to conform to some nonsense that other people try and foist on you. Of course, I have some pretty odd ball definitions of masculine. That is, when I’m not getting caught up in the “we must act (and look like) Sean Cody models” (is that still a thing?).  Yup, it happens to me. So, something I’ve started repeating to myself, and sometimes to others, is the phrase “don’t be a dick.” Can we all do that? Just not be a dick? Often times that I see people make fun of guys for being or being perceived as a bottom, it’s not even the delightful act of throwing shade (which is another conversation for another time), but just sad. Of course, a lot of that is my perception. While I’ve seen some rather inventive banter, I feel that 90% of “Shade” that gets tossed around is someone just deciding to be a tacky dick, and then throwing the blanket of “the shade of it all,” just like those question mark girls who go “just sayin!?” to justify saying some awful. It’s now 2014. I know that 2013 was a shitty year for most of us, but maybe we can turn it around. One of those stupid internet quotes that gets tossed around is about how most of us are as happy as we chose to be. You know the one. It’s usually attributed to Benjamin Jesus Ghandi Roosevelt, or someone equally famous like that.

There’s a lot of ways that we can chose to be a little happier. So, instead of making fun of our friends for having the nerve to put on their dancing pants and heading out to the Eagle on a bitter Friday night to socialize (or “socialize”), maybe we can put the same amount of effort into also getting over our personal foibles and saying hi to the cute guy at the bar. Or learning to knit. Either way, you might end up with something to keep you warm.