You are here: Home / OPINION / A Response to Jezebel’s Dirty Secrets of Gay Men Article 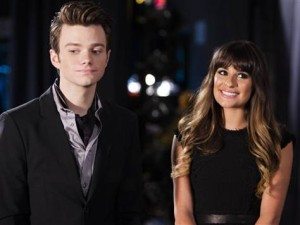 If your social media feed looks anything like mine, you’ve probably come across this article on the webpage “Jezebel.” Just from the title, alone, you know it’s going to be racy and salacious!

It’s got the words “dirty secrets” right there in the title. Having read the entire article, and believe me, it was a chore to finish (I say this while I’m currently reading “War and Peace.” For fun.), I thought it’d be a good idea to take the advice of some of the commenters and write an article.

Now, if you skimmed the article, and only read some of the comments, you’d get a strong impression that this article was simply about how too many gay men feel they can touch, talk about, degrade, or just be generally nasty or rude towards women’s bodies and it’s ok, because we’re not trying to sleep with them.

However, the rest of the article talks about how women are treated in bars, and drag lingo, and how gay men love their divas and takes these stories and ideas and rolls them up into one giant “gay men are misogynistic assholes” thesis. The really frustrating thing is that this was written by a young gay man, so it has the feeling, especially in the comments, of some strong youth breaking away from the herd to stand up to the patriarchy. The really sad thing, too, is that the author isn’t completely wrong. He just shows an amazing lack of knowledge of queer history as well as a lack of understanding many social justice concepts beyond “Unpacking the Invisible Knapsack.” Intersectionality is a big one.

In the case of straight women at gay male bars, we aren’t just talking about male privilege over women, since, unfortunately, many gay bars have become places for straight women to hang out for a number of reasons, most of them being at least mildly insulting to gay men. Also, most of the women I know who go to gay bars say that they drinks are usually stronger, though they may or may not agree about the wait times. Of course, the plural of anecdote is not data.

The author also, early on in the article, refers to gay men wanting an unassuming fag hag. I’m fully aware that I could easily have a different club life then he does, but the women who have accepted the term fag hag have been more along the lines of Sharon Gless in Queer as Folk, or Margaret Cho. These types of women are pretty strong and trailblazing, as I’ve written about before. It’s the women who think they are Carrie looking for their Stanford that we start running into a problem. And this is why intersectionality is so important.

I can guarantee you that for every story about a gay man who has grabbed a random woman’s breasts, I can find you a story of a straight woman who treated a gay man like an accessory. Over the years, there have been a bunch of cute songs and YouTube videos about gay boyfriends and gay best friends, and, yes, even Sassy Gay Friend. Sassy Gay Friend is probably the best example of what I’m talking about, on both sides. Yes, he’s there to be the white knight for these women, while calling them a stupid bitch, but, if you notice, he’s never shown to have a love interest. The one time he was shown having a genuine moment of lust, Eve slaps him and puts him back into his sexless place, assisting the lives of a heterosexual woman, with no actual backstory or friends or even interests beyond these sisters who can’t do it for themselves. Sassy Gay Friend might have male privilege and certainly uses it to explain to these women what they “should” be doing, but at the same time, these women still get to live in a heterosexual world that caters to them.

One of the biggest problems with discussing intersectionality is that it can quickly turn into Oppression Olympics. In the comments, there are plenty of straight women who are upset that gay men can and do use their male privilege to very horrible ends, but spend no time discussing their straight privilege. At one point, someone went on a rant about how she likes to go to gay clubs for numerous reasons that are all about her. At no point in time did she recognize that she’s using someone else’s safe space for her own purposes and then gets offended when those other people don’t like it. Someone correct me if I’m wrong, but that seems like a pretty good example of privilege.

We need to understand that there is more to the gay man/straight woman dynamic then this baffling concept of “gay male privilege,” which, when you scratch the surface, is a completely laughable concept, especially to any of us who have been gay bashed, disowned, or caught in a struggle with a partner’s family and legally having no recourse. Again, this is not to say that gay men should continue to treat women’s bodies like they are something for us to play with, and it’s high time we dropped the dancehall drag queen misogynistic lingo, but there needs to be an understanding that both sides are doing awful things. No, it doesn’t mean that as long as straight women treat gay men like hand bags, that it’s ok for gay men to treat straight women like dolls. It means that it’s time for all of us to examine our privileges and to go forward, being a little less of a jerk to each other.