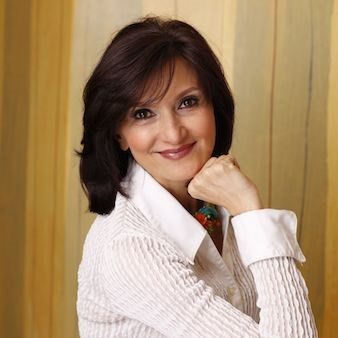 The Bard  once observed that “small cheer and great welcome make a merry feast.” This Sunday, May 17th, Theatre for a New Audience will display such pleasures of merriment at Brooklyn’s Polonsky Shakespeare Center as food historian Francine Segan hosts “Shakespeare Primavera.” Created in partnership with Danny Meyer’s Union Square Catering, the event will feature food and wine from the playwright’s Italian plays. The late afternoon gathering will follow the critically acclaimed production of Fiasco Theater’s The Two Gentleman of Verona, also at the same venue. (Read the review here: https://www.manhattandigest.com/2015/05/06/theater-review-the-two-gentleman-of-verona/)

A passionate Segan recently spoke to Manhattan Digest via phone to discuss the menu, 16th century food customs, and her first book, Shakespeare’s Kitchen: Renaissance Recipes for the Contemporary Cook (available for purchase here: http://www.amazon.com/Shakespeares-Kitchen-Renaissance-Recipes-Contemporary/dp/0375509178.)   Segan says the evening will be “a general feel so that people will come away with an understanding of what a cookbook was like, what kinds of foods were served, and how dinner parties were conducted.” She expressed her enthusiasm for Danny’s Meyer’s Union Square catering, who were so open to her ideas. “We’ll have meat pies, a wonderful vegetarian soup, pickled oysters, croquettes, and other items.” Segan touched upon the theme of evening by adding that much of the food was usually  dried, salted, and preserved. “This is why they (Elizabethans) were amazingly in love with springtime. After a long winter, they were just delighted to have fresh spring fruits and vegetables. That is the reason we picked Shakespeare Primavera.”

Segan’s fervor for Renaissance vittles  was inspired by her friend, actor Mark Linn-Baker. She had been hosting fabulous dinner parties and Linn-Baker persuaded her to write a cookbook based on food habits of that time period. Segan began her search, stopping at key libraries around the country which had written manuscripts and actual cookbooks. “They gave a great window into the time,” she said. “Not only did they instruct hosts  how to serve the food, but they also included tips and jokes for entertaining the guests.” Segan added that every course was intended to have a dramatic element. “I came across a recipe in which the host blind bakes the pie crust so it is hollow. You then stuff the pie with live birds, so when the guest of honor cuts into the pie, live birds would fly out! Substitutions were also available, so if you couldn’t find live birds, you could use garden snakes or frogs instead.”  Segan was quick to add, however, that while jokes and stories will be shared, no birds, snakes, or frogs will be served on Sunday.

Recipes were quite involved then, especially the pies. “One of my very first test recipes was a pie that included salmon, mussels, pistachios, artichokes, nutmeg, grapes, and numerous other ingredients. I made it as sort of a joke at a dinner party and invited everyone to just take a spoonful, thinking that it would be absolutely awful. Everyone was amazed at how delicious it was!” Segan gained some insight from that experience. “I realized that this was a period when people were so sophisticated in art, literature, and culture–why not food?”

There were definitely food discrepancies between the classes. “The rich and upper class had everything-good meats, good veggies, you name it. There was a saying that ‘the rich eat what they want, when they want while the poor eat what they can, when they can.’ Many could not even afford fuel for the ovens, so they would have itinerant travelling oven men go from town to town; villagers would bring their risen dough and they would hold a communal bake-off.  Nowadays, we eat whole grains, but back then, they were for the poor. The finely sifted white flour would be reserved for the elite.” She also discovered how the slang term for the wealthy, “upper crust”, came to be. “There is a line in a Shakespeare play, referring to someone being a  bread chipper. This person would horizontally slice  the burned part of the bread on the bottom, leaving the golden portion for those of affluence.”

In today’s culture, we are obsessed with specific diets, from gluten-free to vegetarian and vegan, etc. Did these types of diets exist back then? Segan believes they did. “There were books and all kinds of crazy theories about what made you healthy. Even dating further back to Hippocrates, there were writings from ancient Greece advising athletes to avoid breads for six months prior to competing in the Olympics and instead, to  stock up on lean meats to make their muscles leaner and their minds sharper.”

As Lord Chamberlain, from Henry VIII  said, “This night he makes a supper, and a great one.” Fortunately,  paupers, princes, kings, queens and beggars are all invited to this communal supper. Tickets for the event are $45 and include red and white wine. Discounted tickets are also available if you see the afternoon matinée of The Two Gentleman of Verona.