Hennessy has a way of grabbing our attention with the intrinsic way they do collaborations, something that Manhattanites have definitely noticed for many years now. This time around it is with their next installment in the legendary cognac brand’s “Wild Rabbit” campaign.

The Wild Rabbit venture is in partnership with Hennessy’s ‘Never Stop, Never Settle‘ series. This represents the brand’s metaphor for inner drive that help people succeed. In this particular campaign one of the most monumental cyclist out there, Marshall “Major” Taylor, also referred to as the fastest man on two wheels will be featured.

Taylor’s prominence rose during a time when African Americans were not often celebrated, therefore making his victories groundbreaking. His perseverance allowed him to hold seven world records by 1898, which led to him being the first African American to win a world championship by 1899.

The team at Hennessy understood how much resilience it took to break these barriesr which is why they choose his story for the series. 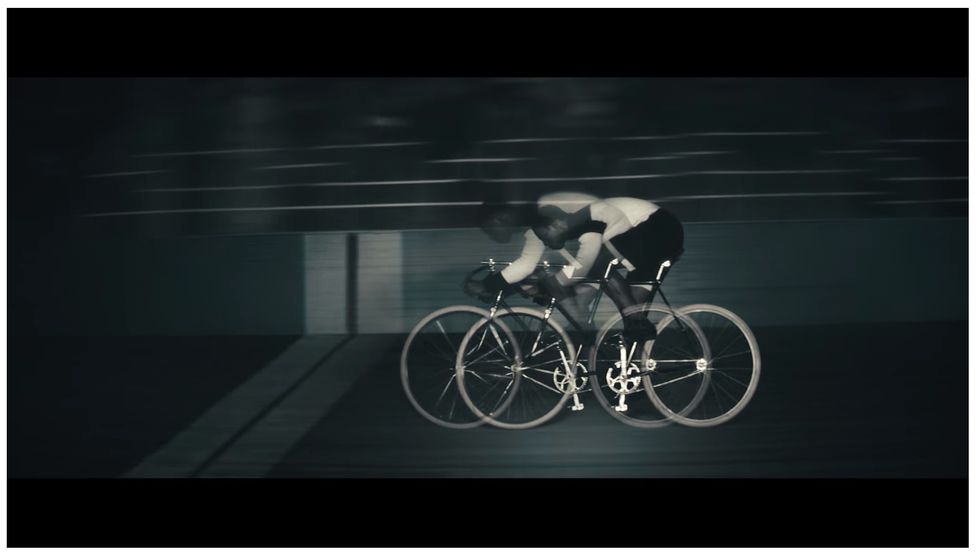 This collaborative homage doesn’t end there with the likes of rapper Nas lending his voice for the commercial advertising in the film to designer Pyer Moss unveiling a cycling-inspired apparel line. The “MMT 140 x Pyer Moss for Hennessy,” will be available for purchase in June on PyerMoss.com.

Watch the commercial below as your gear up for the actual airing!