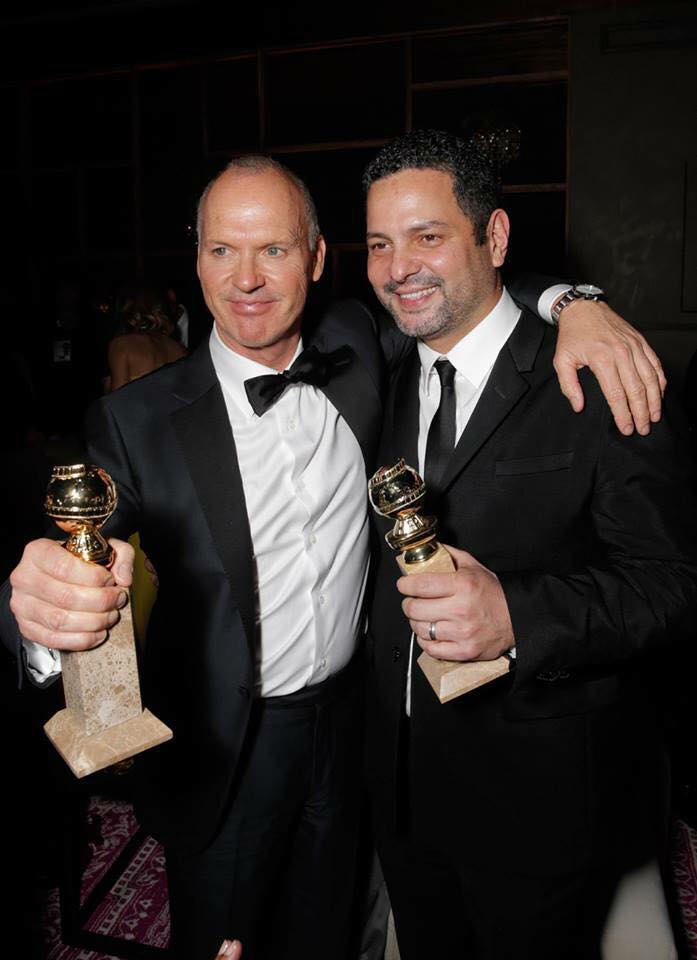 Birdman has become one of the most unexpected successes of this awards season. The highly original film about a washed-up superhero actor’s attempt at making a play has been called a visual feast, a poetic contemporary fable, and a great comeback film for star Michael Keaton. One of the lesser said things about Birdman, however, is that it marks the cinematic breakthrough for Alex Dinelaris, one of the film’s four screenplay writers.

The New York-based playwright has had some acclaimed stage-plays over the last few years (including a musical version of the film The Bodyguard), and now is the proud owner of a Golden Globe for Birdman. He’s now taking on numerous projects over several different mediums, and is now an Oscar nominee for Birman. He took some time out of his day to speak with Manhattan Digest, about the film’s unexpected response, his future prospects, and his admiration for those he works with.

How did you become involved with this project?

I’m a playwright here in New York. Alejandro González Iñárritu (the director) had read my play Still Life, and asked me to work with him on his film Biutiful. I helped out with the first few drafts for the film, but the final script was eventually written by my future friends, and Birdman cohorts, Nicolás Giacobone and Armando Bo. Then, three years ago Alejandro called me and said he wanted to get working on Birdman which he called a “one-take dark comedy”, and asked me to work on the script with him. I immediately said yes.

Yeah, one of the most discussed aspects of Birdman is how the film is edited/shot to look like it was all done it one take. Did the film look as you envisioned it would when you were writing the screenplay?

It looked exactly as we imagined. Alejandro had a specific vision right from the start, it was just a matter of writing a script that fit the form. We were then blessed to work with one of the very best directors of photography in the business, Emmanuel (Chivo) Lubezki. He and Alejandro brought the film to life.

Getting more into your expectations for Birdman, did you expect to see the movie gain as much success as it did?

(Laughs) Not in the very slightest. We knew it was experimental, and we doubted that it would appeal to a broad commercial audience. I told a friend days before the film’s premiere at the Venice Film Festival that if we got booed off stage, I wouldn’t be surprised. Instead we got a standing ovation and glowing reviews, and we were all genuinely shocked.

Four people are credited on this screenplay. What areas of the script do you feel you were most responsible for?

Alejandro had the vision and a specific idea of what he wanted to do, Armando is very visual and this was going to be a visual film, Nico and I put all of our collective thoughts into script form. We all live in different locations, with me in New York, Alejandro in L.A, and Nico and Armando Bo in Buenos Aires. We would all Skype, and sometimes Nico and I would meet in person for a few days. Then when we solidified scenes we would bring them to Alejandro, he’d give notes, and then we’d argue it out, in the best sense. I was the one writer with a theater background, so I suppose you could say I brought my personal experience to that arena, if anything. And, as I am the one of us who is English, first language, perhaps more of the final dialogue fell on me. But, really it was a group effort from the start.

What future projects can we expect from you now ?

The whole Birdman gang is creating a TV series for Starz called The One Percent, which is a one-hour drama. It will star Ed Helms, Hilary Swank, and Ed Harris, and will premiere next year. Other than that, we’re all talking about what’s next for us to do film-wise. Next year I’ll be working on a film with Guillermo del Toro which is currently untitled. I also wrote a script entitled The Year of the Monarchs and it looks like we’ll be producing it next year. In the world of theater, I wrote the book for a Musical called On Your Feet, which is about Emilio and Gloria Estefan, and will be directed by Jerry Mitchell (Kinky Boots, Hairspray). That is set to open on Broadway in October.

You mentioned working with Guillermo del Toro on a project, which is interesting as he’s basically considered part of the same league that Alejandro is in, as a renowned Mexican film director working in Hollywood. Do you think this trend of Mexican filmmakers is going to continue?

I think we just came upon this whole class of filmmakers and Mexican artists that are thriving at the same time. They all have their own style and vision, but they are each brilliant in their own way, and have a strong passion for film itself.

I feel blessed to work with these people, and I couldn’t be happier with the response and praise this film has received. The real win was getting an impossible film made with great cast members, crew and producers, but I never expected it to be such an awards contender.