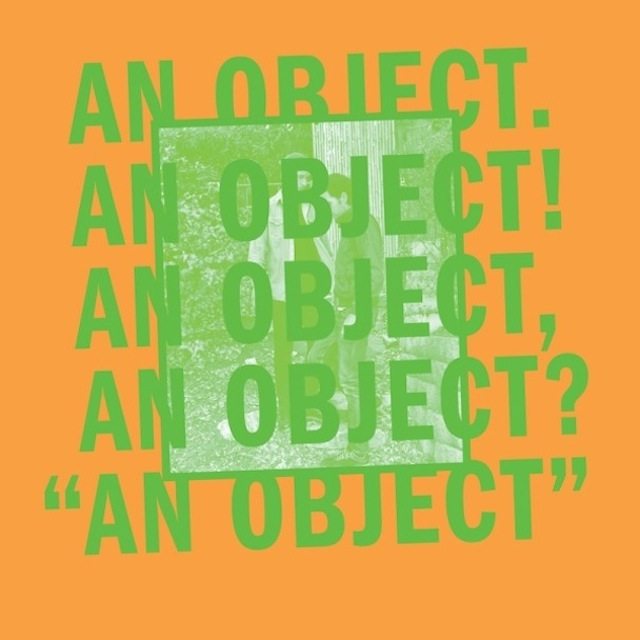 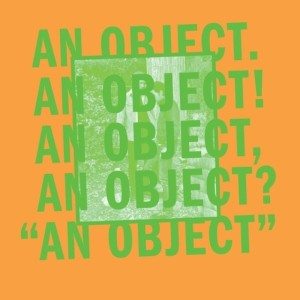 No Age: An Object

Despite being a No Age fan ever since their ’07 to ’08 heyday, after listening to An Object on and off for about a day and a half, I really had no intention of formulating my thoughts into a review. Overall, I felt my opinion correlated with quite a few other reviews I had read, and besides restating those same facts and points, I didn’t think I had anything worthwhile to contribute to it. It’s an album that’s hard to love — with its shoddy production, murky atmosphere and absence of the hard boiled drumming the band is known for — but the more I thought of it, No Object was just as hard to hate, and despite Dean Spunt and Randy Randall’s attempts to “destroy” the record’s appeal with a whacked out presentation, it manages to survive as an enjoyable and catchy punk record all the same.

First, I’ll go over the not-so-great aspects of the record. “Muddy” is the first adjective that comes to mind when listening; both in terms of the quality of the instrumentation and Dean’s achingly sour vocals. Sure, lo-fi music is nothing new — and the limits of Dean’s voice were always apparent — but their last album Everything In Between saw the duo experimenting with a broader sound palette; in comparison, this has much more in common with their Weirdo Rippers compilation. It’s not just the edges that are rough though, as the whole of the compositions seems to have been built from roughness. By these regards, one would assume No Age are going back to their roots and perhaps following their friends Deerhunter down a path in which they aim to revitalize underground rock from the late 70’s to early 80’s. However, the production is a bit too curious for its own good, and doesn’t make a whole lot of sense in terms of a big picture. There are parts to these songs that just aren’t there, and there are other parts that will cause you to scratch your head as to why they are there at all (are those birds chirping on Defector Ed?).

For the most part, the up front vocals on songs like “Running From A Go-Go” and “Defector Ed” don’t work to the group’s advantage, and although Dean’s lyricism is basically unchanged in terms of subject matter and execution, the lack of a proper foundation on many of these songs cause it to stick out like a sore thumb; unfortunately not in the quasi-political way the duo had probably hoped for. This is especially the case when played on quality sound systems and headphones. The same can be said of the flat textures and detuned guitars that act as the foundations of these songs. I probably enjoyed listening to An Object the most when I played it on my ancient computer speakers, as they complemented the hissing static and drawn out fuzz.

While Randy Randall’s guitar patterns can still be interesting, due to the decayed production it’s harder to tell this than ever before. Even on more straightforward punk jams like “Lock Box”, everything seems weirdly distanced, like the music is being barricaded behind a wall. While I have immensely enjoyed this group’s ambient excursions in the past — such as the lovely  “Keechie” from Nouns — here, instead of enticing us with melodic guitars they prefer to disorient us with a thick hazy wash that absorbs any kind of discernible pattern. It’s tempting to say that No Age have gone in a direction that embraces No Wave acts like Teenage Jesus & The Jerks and early Sonic Youth, but from a songwriting perspective these tracks are rather straightforward and traditional; creating an experience that is more confusing than abstract.

Still, An Object is never boring, and even though it’s the first No Age release in three years (at a mere 30 minutes no less), it’s nothing to get disappointed about. Even when I came upon a section that I felt didn’t come together all that well, It’s hard to say they did something wrong. The band are expressing themselves in creative and emotionally honest ways, and that is essentially what punk music is all about. It’s not a punk album that’s going to rock your socks off though, and besides the blazing opener “No Ground” there’s nothing close to a sing-along anthem. However, it does happen to be catchy more often than not (I can appropriately nod my head back and forth for 3/4 of the running time), and the best songs — “I Won’t Be Your Generator” and “C’mon Stimmung” — are among the most memorable No Age have churned out.

As I’ve said before, it’s not what one would call colorful, but the duo manage to change sounds just enough from track to track to keep us interested. For instance, “Running From A Go-Go” is a somewhat dreary ballad with weird electronic squiggling that ends with meshing keyboards and a warm, uplifting baseline. It’s perhaps the one moment on the album where the band’s true ambitions of creating music that is as off-kilter as it is beautiful rings true. More surprises come with “A Ceiling Dreams Of A Floor”, which is lead by a comparatively clean acoustic guitar strum, and “An Impression” which somehow manages to incorporate a string section without sounding kitschy.

If you don’t care for stylized production and have a penchant for music that sounds damaged, then maybe, just maybe, you can see past this album’s shortcomings and appreciate it as the artistic statement it is. Maybe it’s just because I’ve been so fully engaged with ultra-polished electronic releases through this year, but to me, An Object sounds uniquely refreshing. But whether you like how it sounds or not, this is some kind of a leap forward for the band, and it should be taken seriously. Whether they choose to return to this style on previous releases or abandon it in favor of something more holistic, An Object can rightfully stand on its own.