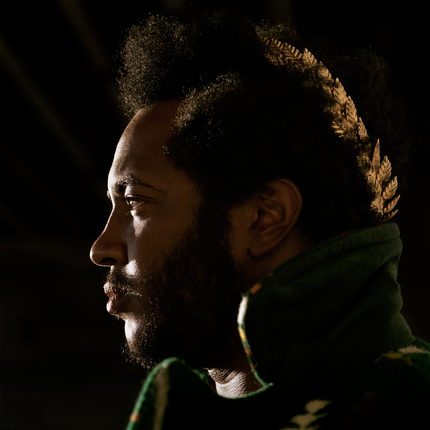 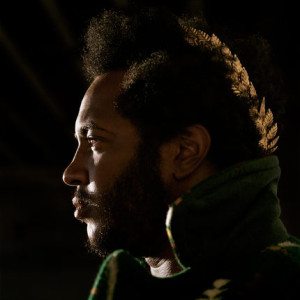 It’s no secret that Stephen “Flying Lotus” Ellison has been obsessive about all things jazz through his last few releases, so it is no wonder that he has chosen to work so closely with stylized bassist Stephen “Thundercat” Bruner to achieve his painstaking vision. Thundercat is an undeniable virtuoso with his instrument, and he is able to warp standard bass into unbelievable shapes and time signatures. At his best, it’s even tempting to relate his mastery of bass to Colin Stetson’s mastery of the saxophone.

FlyLo and Thundercat first collaborated together on Cosmogramma standout “MmmHmm”, (a track that was worthy enough to be covered by the Vijay Iyer Trio) and in 2011 Thundercat’s debut album was released on Flying Lotus’ own record label, the always dependable Brainfeeder. Thundercat later appeared on Flylo’s 2012 record “Until the Quiet Comes”, so their frequent collaborative history should tell you that these artists work well together — within the LA beat making scene they are even seen as somewhat of a duo.

As on “The Golden Age of Apocalypse”, this similarly titled follow up lists FlyLo as the executive producer, and as it incorporates elements of jazz-fusion, nu-jazz, R&B, and funk, the two albums certainly cover similar ground stylistically. However, these songs more adequately show Thundercat’s talent as a vocalist — and despite his moderate range, it is a talent that should not be ignored — even if his bass truly is the defining aspect of his releases. Songs such as “Special Stage” put his multi-part vocal harmonies in front and center stage while his bass provides backup support. While the bass is always a present and commanding factor in all 12 of these songs, there are only  two real improvisational freakout sessions (the end of “Lotus and the Jondy” for one). The rest of the time, Thundercat proves he has learned how to emit a more emotional response from the listener with full bodied songs that each contain dozens of elements. While most of the tracks are short, the six minute finale, “A Message for Austin/Praise the Lord/Enter the Void” is a three part suite that blends disparate elements together in a beautiful and unpredictable way. While some people won’t like the gloomier, more sedated tracks on the album (“Evangelion”), in the incredibly brief running time we are offered a gratifying amount of musical styles, and it should be seen as a positive part of the album.

Lyrically, this album is largely based off of the death of good friend and frequent collaborator Austin Peralta, who overdosed last year. Thundercat incorporates his grief and coping in standard but appropriate ways through the album, such as on “The Life Aquatic”. Even on the boogie down ferocity of “Oh Sheit it’s X”, lyrics like /I just wanna party, you should be here with me/ can be related towards losing a loved one.

There’s so much in today’s music that seems to be brought upon by accidental discovery and endless knob twiddling. Artist’s who are coming out with seemingly distinct records when in actuality they just don’t know how to play their instrument. While I am usually all for these (often interesting and surprising) “accidents” in music, it is very refreshing to hear someone who has absolute control over his instrument. Apocalypse plays as a homage to Stephen Bruner’s endless talents as a bassist as well as introducing him as a soulful vocalist and a credible pop songwriter. If you’re looking for something a little different from the common strains of indie electronic music and UK house, this one comes highly recommended.