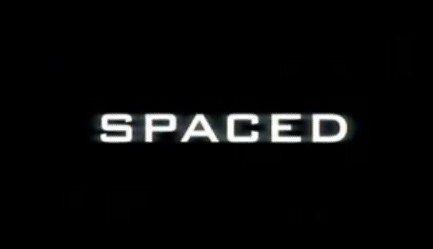 Yep, I’m back to my ol’ Netflix’d column. It’s been a busy month for me with me completing my thesis (here), but thankfully there was a masters degree at the end of all those dead-lines. Seeing that Arrested Development season four has already received review treatment on this site, I feel obligated to review another wonderfully witty show, and one that should immediately interest people that have taken note of the recent roles of Simon Pegg (Star Trek, Shaun of the Dead). The creature in question, is no other than Spaced! 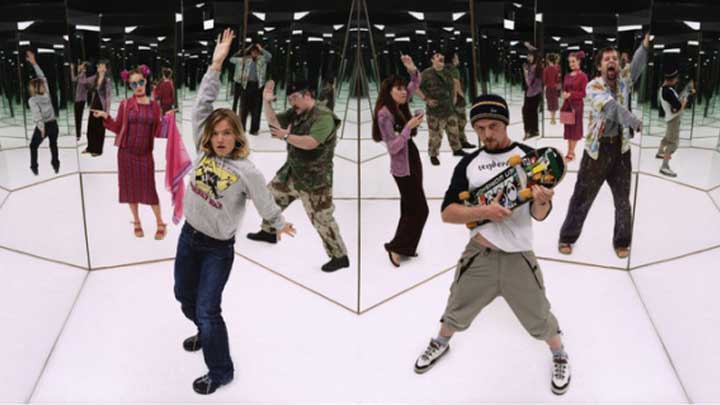 Yep, this is that earlier television show from the same guys that brought you Shaun of the Dead, Hot Fuzz and the upcoming World’s End. That actually is reason enough to check out Spaced, but what if I were to tell you it was actually still the best project that actors Simon Pegg and Nick Frost, and director Edgar Wright have been involved in? Strong words for sure, as I often view Shaun of the Dead as the best zombie film of the aughts, and Hot Fuzz as possibly the very best buddy cop comedy of all time. Thing is Spaced is an even more down-to-earth take on fantastical stories, and what’s more, one can easily see it’s influence on both American and British television since it’s release.

The show focuses on two down-on-their-luck twenty-something Londoners, Tim and Daisy, whom are played by Simon Pegg and Jessica Stevenson respectively, and also served as writers for the show. Tim is a relentless pop-culture aficionado who dreams of being a comic book artist, while Daisy is an aspiring journalist. The two decide that they’re looking for a new flat to move into, when they come across an ad that reads professional couple only. They then decide to pose as a romantic couple to secure the flat, with the two proving themselves to the liking of the building’s sardonic landlady (Julia Deakin). Rounding out the cast is a perpetually disturbed artist (Mark Heap), a ditsy blonde (Julia Deakin), and a potentially insane gun-nut (Nick Frost), and you’ve got the perfect group of characters for a show about young adult life, and the joys/frustrations of being a nerd.

It’s not an understatement to call Spaced the most nerd-friendly sit-com ever made. Hell, I still don’t know if that description is fully satisfying, as this show is to pop-culture references as Kanye West is to arrogance. Simon Pegg’s Tim is the archtypical modern geek who lives and breathes media, whether shouting off his pet-peevs (“Compared to Jar Jar the Ewoks look like fucking Shaft”) or trying to express empathy (“Jesus I cried like a child at the end of Terminator 2“). Besides this though, the show is constantly referring to cinema, video games, and comic books through visual cues, dialogue, cinematography or even entire episode structure. You don’t even need to be British to be in on the jokes, as most of the references cater to American brands, such as The X-Files, Tarantino, George A. Romero, Star Wars, and Buffy the Vampire Slayer, and the references aren’t always flattering either. The second season aired shortly after the release of Star Wars Episode I: The Phantom Menace and Simon Pegg’s writing makes it crystal clear that he found the movie to be a disaster. Perhaps Clerks director Kevin Smith said it best, “Spaced is like watching a Kevin Smith movie, if Kevin Smith had any talent.” 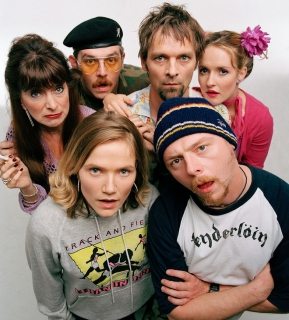 Even though it’s rather accessible to American audiences, this show is undoubtedly a product of British television, as this show’s content could never air on a network station in the States. The show is often surreal, often placing its (relatively) realistic characters in increasingly more outlandish scenarios, from epic imaginary gunfights, to bar brawls with Matrix-esque special agents, to ludicrous avant-garde stage performances that both poke fun at the art world as well as acknowledge how the general public perceives it (this show’s deep, man). What’s more, the show often depicts it’s character partaking of recreational drugs, which certainly wouldn’t fly even on many cable American stations. Thing is Spaced uses the drug use to such brilliant effect, as not only does it allow the show to feel real in terms of it’s grasp on how people actually act, but it often uses it to hilarious effect. An episode that involves Tim envisioning a zombie apocalypse while under the influence of speed could of come off as absurdist humor, but the drug element gives it a degree of realism.

Spaced also has a rather timeless quality to it, which is no easy feat considering it is a low-budget show, filmed on technology circa the late 90s. One would thing that it might appear dated, but the show still feels very much afloat today. Those that were immensely impressed by the craft in Edgar Wright’s debut film Shaun of Dead, will find that this show served as the ideal set-up towards launching his film career. Budgetary concerns seem to be non-existent, as Edgar Wright uses images that recall great films using the tiniest of details (the season two opening montage which references Woody Allen’s Manhattan and Scorsese’s Goodfellas most immediately comes to mind). The editing on the show is also very fast, somewhat reminiscent of early Sam Raimi, and gives it a more feisty energy to it than other British shows like Extras and Peep Show.

Which finally brings me to the show’s performances, and yes they’re all for the most part great. Simon Pegg is fantastic as Tim, who never fails at hitting a joke right on the nail, and it’s no wonder he would go on to appear in summer blockbusters after this film. Jessica Stevenson is also great as Daisy, playing the often more straight-laced character, who still has her moments of comic zaniness. The bizarre side characters that Nick Frost, Julia Deakin and Mark Heap play as are all really genuine too, and their characterizations only grow stronger as the show goes on. Perhaps the only weak link in the show’s cast might be with Daisy’s friend Twist. While certainly integral for Daisy as a confidante, the character doesn’t have too many great moments, even when a twisted romance arises with her and another character. Had the show continued into their planned third season, I feel they might have given Twist more characterization.

In the decade since Spaced ended, it has become both a cult favorite, and a seminal work. Dan Harmon has cited Spaced as a great influence for his show Community, which also utilizes stories that run on pop-culture references, while never sacrificing character growth (both shows also feature paintball episodes that mock action-movie tropes). Sure, it may not have blown the doors off the hinges as blatantly as Ricky Gervais did with The Office, but it’s still a spectacular reminder on how British television has such a sturdy refusal to speak down to it’s audience. Highly recommended for all those who think Family Guy is stupid. 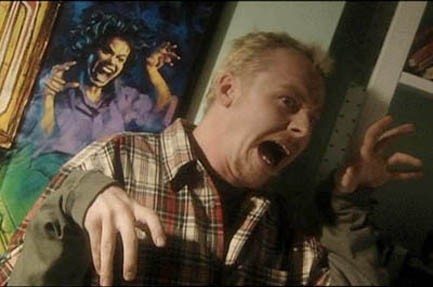