Last Saturday night, diners at Alinea, an upscale restaurant in Chicago were both upset and outraged, after a couple decided to bring their eight-month old child to the three star dining establishment.

Both sides began weighing in as to whether or not it was inappropriate to allow babies into the restaurant, at which a meal can cost upwards of $200 prior to tax and tip. The restaurant’s Chef Grant Achatz took to Twitter to express his uncertainty and concern.

It was also noted that the baby was on the mother’s lap as the couple dined.

The food community overwhelmingly agreed that there is no place for a baby at Alinea or other fine dining restaurants.

However, part of the issue came from the fact that Alinea issues non-refundable tickets for its dining experience to customers, often months in advance of their reservation. According to WMAQ-Channel 5 news, the couple allegedly had a baby-sitter cancel at the last minute but decided to go on with their dining plans anyway.

While I totally agree that there really is no place for babies or young children at such expensive restaurants, I do feel that it is important that children learn how to behave in different settings. While Alinea is not the place for an eight-month old, young children should certainly be brought to more child-friendly establishments a la Red Robin or Applebees.

A large part of the dining experience is the ambience – after all, if people only cared about the food they would get takeout. So it’s important that diners with children remember this before choosing when and where it is appropriate to take a child of a certain age. It’s important to note that this is in no way the child’s fault. Children are on certain schedules and deserve consistency. So as disappointing as it may be to miss out on that reservation you’ve been waiting three months for, sometimes it may just be best for everyone involved. 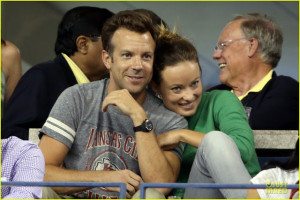