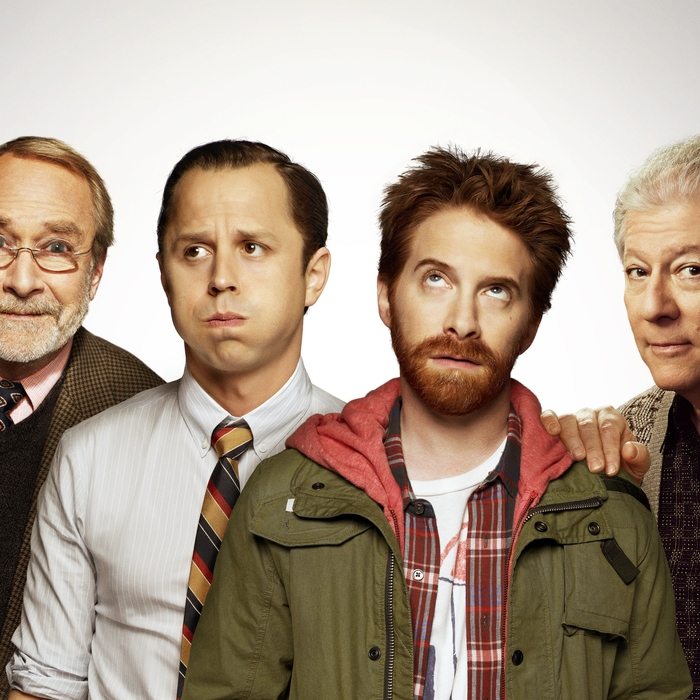 2013 was not exactly what we’d call a banner year for the broadcast networks. While buzz continued to center around cable and the ascension of Netflix to a legitimate player in the TV industry, the big four and CW tried desperately to find some comfort food in the form of tepid comedies and stories about serial killers. The end result was a miserable year for the new sitcom and a lot of shows that felt like exact clones of each other showing up. On that note, here’s the worst new shows of 2013.

I tried to avoid lumping reality into this list, but these shows each left horrendous tastes in my mouth for different reasons. For Shrinks and Scrubbing In it was the reduction of legitimate medical professionals to glorified sex objects, while for Blood and Oil the combination of ridiculous plotlines and a purely unlikeable central figure in what was intended to be a David and Goliath story completely turned me off. Still, I grade reality on a different curve and to compare this to the dreck in scripted programming is apples and oranges, hence merely a dishonorable mention.

This could have easily been any number of other lousy generic family comedies that NBC was praying would beam into more houses than their critically acclaimed shows, but the tie goes to the one that lasted a meager three episodes before getting yanked for whatever NBC decides to put in the 8:30 slot in a given week to patch the rest of the fall. While the initial concept wasn’t too awful (teen gets knocked up and the two families are forced to come closer together), the combination of unfortunate implications and generally uninspired execution killed this show deader than Welcome to the Family killed my ability to laugh for a half hour.

Get used to seeing the peacock’s name on this list because we’re not done with Bob Greenblatt’s numerous missteps this year. Do No Harm was an incredibly weak mid-season offering that tried to bring the Jekyll and Hyde drama into a modern setting. However, since Hyde wasn’t that well differentiated from our Jekyll half (or Grey’s Anatomy for that matter) the end result was a boring product that got sent to the Saturday night death slot after two episodes. Even the series ending twist that the more villainous side was our central character’s true nature felt forced and it’s for the best this show saw a quick mercy killing.

Cult gets away with being slightly lower on the list than our next two entries on the basis that it almost enters “so bad it’s good” territory. The weakest of our serial killer crop, Cult relied on wooden acting, a ludicrous script, and an obsession with overly dark camera work that kept the viewer from seeing everything. Sadly, the truly worst conceit the show tried to pull was the notion that a CW show would generate the sort of the viewership and fan obsession that would make directioners look sane, measured, and understated by comparison.

How is this show still on the air? Moreover, how on earth did Fox give it a back-order? This show is dreck on every conceivable level. The writing is sloppy and borders on every-ist in the book. This is made even worse by the sloppy execution of the script and the soulless mugging (reminiscent of a bad Jim Carrey impression) of Giovanni Ribisi and Seth Green. What truly makes Dads getting a full 22 inexplicable, however, is the fact that it’s literally dragging down the rest of the FOX comedy block (which is actually pretty good, and in terms of quality might be the strongest of the big four– rivaled only by ABC) in the ratings, meaning that whatever leverage Seth McFarlane has over FOX executives could easily sink Brooklyn Nine-Nine and The Mindy Project as well.

At the top of this article I mentioned that I tried to lay off the reality genre as much as possible for this article (based on the amount of reality I watched I could easily have made an all reality all-worst). However, Ready For Love tried so desperately to cross three or four different genres of shows, so I’m breaking my own rule for the purposes of this list.

As bad as NBC has been developing comedies this year (they were 0 for 7 last year, and I anticipate another 0 for 3 in the fall), they’ve been equally awful in developing event shows. Million Dollar Quiz, as much as the game show junkie in me enjoyed, slowly devolved into a fiasco, with power outages, bad weather, and bad math (they had to juice the pot by about $300,000 in order to come through on their advertising). However, MDQ had nothing on Ready For Love, which wanted so desperately to mash-up The Bachelor and The Voice. Ready For Love was boring, cliched, a slog (there was definitely not two hours of material for that premiere) and worst of all, for a show about love, it showed precisely zero heart. An unmitigated disaster all around, and not even in a way that you could redeem the show as being cheeky about it’s lousiness, Ready For Love was really the worst new show of 2013.

Next Time: Next Monday we look at the best new shows of the year, as networks scramble to reclaim former glory and cable tries to hold the fort against massive losses in the upcoming year.