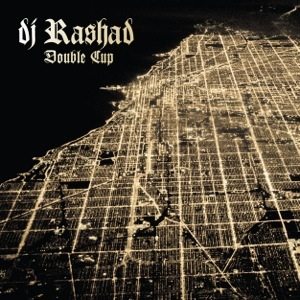 No matter what your brain tells you, don’t stop listening…

I frequently give people this advice before they begin listening to DJ Rashad; specifically anything off of his extensively jarring 2012 LP, TEKLIFE VOL. 1: Welcome to the Chi. All it takes is a few seconds until you become hit with one of the steepest learning curves in modern dance music. Despite the fact that this music is first and foremost intended for the purpose of riotous dance battles, the sounds of DJ Rashad, to most listeners, will initially be more likely to cause a headache than a sweat. Take “Azz”, off of Just A Taste Vol. 1 for example, which along with many of his other tracks from that period, sees him working with muddy, one word vocal loops circling around battling snare drums, hi-hats and bass at 160bpm. He does this with zero attention towards accessibility, which makes for an awkward, often uncomfortable listen for the unaccustomed ear. Still, his music is attention grabbing beyond belief — even from a home listening, feet on the floor perspective — and I will often get a compulsive urge to listen to his music even when I can’t remember ever being head over heels for it. To put it simply, what works for DJ Rashad most certainly doesn’t work for others, and even when he’s at his best, he’s not for everybody.

From his hard hitting and authentic style that has (until now) remained innately within the realms of footwork, you would imagine DJ Rashad would care very little about appealing to a large scale audience. This is why his more culturally conscious minded transformation by way of London’s Hyperdub is all the more confounding. Out of all the records to come out this year, this is by far the one I am most torn about, as I am by turns thrilled and disappointed by the accessible, party oriented direction DJ Rashad is traveling in. Don’t get me wrong; there’s no real question whether Double Cup is a good record or not. It’s easily DJ Rashad’s most accomplished work to date — I’d even go as far as saying it’s the record he’s been working towards his whole career. It’s so good, though, that it’s perhaps too alluring and accessible to be part of this whole footwork thing.

There’s very little that remains rooted in the underground on Double Cup, and his retreat from the tiny sub-corner that was his stomping ground has caused his style to lose some of its most intriguing qualities. For instance, there’s none of that awful abrasiveness, little to any of his head scratching vocal hooks, and an under abundance of any off-putting repetition. Worst of all, it’s relatively easy to listen to in one complete sitting (*gasp*). Instead of giving us whiplash, on Double Cup, DJ Rashad has treated us to 13 perfectly evolving aural sensations that dexterously traverse a gallery of neatly contained structures and ideas. Forget about what’s wrong with it, there’s so much that isn’t wrong with this record that I would feel 100% content if I never had to listen to it again.

Ok, ok, I’m joking, a bit, but there is something with Double Cup that is preventing me from loving it. It’s funny that no one (to my knowledge) has made the comparison yet, but the feeling I get when listening to this album is strikingly similar to how I feel about Disclosure’s Settle. Both records take a left field style and extort it to its extremes of accessibility. While Rashad — being the founding member of the TEKLIFE crew — certainly isn’t making a mockery of his style, he’s instead going in the opposite direction, and approaching his sound with an unbridled seriousness that seems too over the top. There are other similarities between the two records as well, such as the overwhelming amount of guest spots (11 out of the 13 tracks) and through the roof production values. These 13 songs are all so wondrously executed in such a direct and precise manner, that they almost lack personality; or how I like to put it, humanity.

Of course, this is all relative to footwork’s past (not that I consider myself an expert on it), as newcomers will likely find solace in the brilliant use of ricocheting samples and glorified drum programming. In terms of the former DJ Rashad lovers though , Double Cup can be likened to the most popular kid at your high school. It’s the guy that has the coolest clothes, the girl with the prettiest makeup and the most expensive boob job, and the person everyone wants a piece of. From an outsiders perspective, it appears to be immaculate, but once you take a further look, you realize its a cold, lonely place.