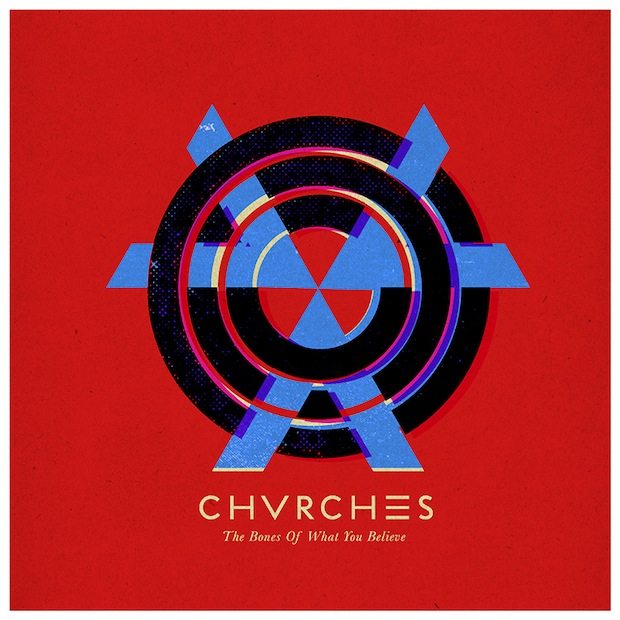 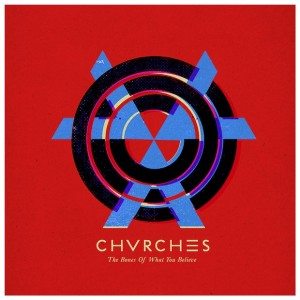 Can someone please explain to me why a band as polished and hook-oriented as Chvrches aren’t already being played in a constant loop on the nation’s most accessible radio stations? I’ve said this kind of thing before and been wrong (like with the actually quite inaccessible Autre-Ne-Veut album from earlier this year) but Chvrches make music that just screams crossover success, and despite their only recent formation, they sound bold enough to take down the world. Like, what exactly could people find so intriguing in bubblegum pop acts like Katy Perry or Kesha that isn’t done on a wholly more satisfying degree on tracks like “Gun” or “The Mother We Share”. While I usually wouldn’t care about a song not getting enough radio play — seeing as I don’t listen to the radio — Chvrches are that rare band that should be heard by everyone.

Seriously, I want to show these songs to everyone I meet; even random people on the street who I have never seen before. It’s similar to the feeling I had after listening to M83’s Hurry Up, We’re Dreaming (another forward thinking, maximalist leaning pop album overloaded with hits). Unfortunately, M83’s “Midnight City” only briefly skimmed the realm of radio play before being decimated from the charts. Hopefully though — if my predictions are correct — things will start to turn around quickly in the coming weeks with the release of Chvrches’ debut album, The Bones Of What You Believe. After all, they happen to be signed to the same label as Mumford and Sons — who (if you ask me) are played on the radio far too frequently. They’re also on the same label as Phoenix, who along with Arcade Fire are largely responsible for the increased melding of indie and mainstream music cultures throughout the past several years. Who knows, depending on how things turn out, Chvrches might be the next big step in bridging the gap between these two cultures.

If you haven’t heard about Chvrches, ever since their inception a year and a half ago, the Glasgow trio have been concocting some of the most delicious, candy-coded synth pop in recent memory. Through their singles and EP’s they have already captured a devoted fan base, and have proved their ability to maintain rapt accessibility without sacrificing integrity. While it may be true that these tracks couldn’t quite survive in their same deliriously enjoyable state without their dazzling production values, the songwriting is strong, and it’s what makes these tracks work as well as they do. Take one of Chvrches stand out singles, “Gun”, for example — a track that never falters to put chills down my spine and a grin on my face — it’s a track that builds chorus on top of chorus to a euphoric effect, and Lauren Mayberry’s revenge laden lyrics give the track a dark, desperate feel that converges with the giddy, radiating synth patterns. Perhaps the true sign of Chvrches talent, however, is that none of these tracks come off as corny, or even too much a product of their own influences. While the band obviously draws inspiration from 80’s synth pop (Depeche mode), they have their own formula that does wonders for the tainted genre. For one, keyboardists Iain Cook and Martin Doherty know how to use their arpeggiators for maximum effect, as they use them in sporadic bursts instead of relying on them as the founding aspect of the tracks. From the epic baselines, to the penetrating drum fills, to the array of expensive sounding keyboard equipment, everything shines with a pristine quality to it.

The Bones Of What You Believe is the debut album from this astronomically hyped trio, and it proves they were more than worthy of the praise they received for their initial run of singles. Even if their previously released tracks still represent some of the best material TBOWYB has to offer, the remaining tracks are nothing to shake your foot at, and it proves the commanding force their singles provided translates well to a lengthy listening experience.

To be fair though, TBOWYB has a simply overwhelming amount of potential singles in play, and through the first few listens, you’ll likely be a bit lost within the bravado of it all. 12 tracks of pounding, no holds bar synth pop is enough to give you a headache as well. There’s definitely not much in the way of downtime, and even the tracks that open at a seemingly modest pace — such as “Tether” — soon erupt into a smorgasbord of monstrous synth patterns amidst layers of glitchy-vocal samples. Each track does end up having its own identity though, and even the tracks featuring Martin Doherty on lead vocals end up being a welcome change of pace. However, I’d argue the slow burning, Doherty led finale, “You Caught The Light” — while standing as a good song in its own right — hardly fits in with the rest of the album, as it’s one of the few moments where guitar is used so directly.

Mayberry remains the true star of the show though, and proves she is an entrancing front woman capable of stirring melancholy out of every note she hits. While she mostly comes off as sweet and innocent, she’ll throw in a curse or a twisted vocal line every once in a while to keep you on your toes. If you listen to her actual lyrics — which are often wryly mismatched with the tone she’s singing them in — you’ll soon learn that she’s more psychotic than she gives off at first glance. Like when she sings /I’ll be a thorn in your side, till you die/  with a profound calm on “We Sink”, or how she sounds like she’s ready to kick ass on the gut punching vocal scrambling of “Lies”. She’s the perfect combination of starry eyed valley girl and bad ass babe.

TBOWYB is such a completely satisfying debut that Chvrches should be in no rush to follow it up for at least a few years. A lot of this group’s success thus far has been dependent on the high replay value of their tracks, and it’s pretty safe to say that TBOWYB will be in heavy rotation for some time to come. It’s about as perfectly produced as a Knife album, and while the elements of their sound are not unique to themselves, the trio have organized their disparate traits into something that exceeds the sum of its parts.

There will, of course, be people who hate on Chvrches for the way they make music that too obviously begs and claws for attention. It’s true too, Chvrches are a self-aware unit; you can feel the music’s eye on you, forcing you to admit how impressive it is. From a critical standpoint, I usually find it more admirable when an album will woo me into it’s grasp through its subtleties. When it comes down to it though, there’s no point in holding yourself back. The appeal of Chvrches is immediately apparent, and it will likely prove inescapable for anyone who’s ever enjoyed a pop song in their life.