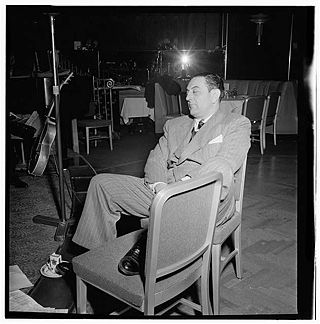 A lot of people probably don’t think of New Year’s eve as much of a television day. However, quite to the contrary, it’s subtly one of the bigger TV days of the year – with big-ticket sporting events running during the day (it’s the number two college bowl day of the year for example), marathons of favorite shows around the dial (I would be surprised if USA didn’t run 24+ hours of Modern Family or NCIS on New Year’s Eve) and of course, the ubiquitous New Year’s Eve specials that have been a staple of TV since the dawn of the medium.

One notable thing about the New Year’s special however, is that it’s been a fairly monolithic entity, with often one dominant show that the country rang in the new year at-large with. In the early days of television, this was the role of big band leader Guy Lombardo. Lombardo, a New York City native had a show that capped off with “Auld Lang Syne” popularizing the tradition that the Scottish folk song ring in the New Year across the United States.

In the 1970’s however, American Bandstand and Pyramid host Dick Clark had a revolutionary idea. What if in lieu of the stuffy old galas that were the core of the Lombardo scene at the time there was a show targeting the younger more rock and roll oriented scene? This would lead to the creation of Rockin’ New Years Eve in 1972 from Times Square, a staple of New Year’s since then (I defy you to find me a New Year’s Eve Party that doesn’t come to a screeching halt at 11:55 to find the nearest TV and watch the ball drop). Clark’s show would go on to dominate the landscape for the next four decades until his death in 2012.

It would be in the last few years that other networks would slowly start to build up competition to Rockin’ New Year’s Eve much as Clark did to Lombardo. NBC and FOX would also have musically oriented shows emanating from Times Square. Late night cable network [adult swim] would also get in on the experience having specials featuring casts from shows as diverse as long running animated show Aqua Teen Hunger Force, to newcomer anti-talk show The Eric Andre Show. Even Jamie Kennedy got in on the action with a disastrous special that aired on KTLA.

With Clark gone and the year of retrospection out of the way, it seems like now more than ever that there could be stratification and parity on New Year’s eve. Will people stick with Rockin’ New Year’s Eve? They might from familiarity, but Ryan Seacrest is no Dick Clark no matter how hard he tries. Will they go someplace else, whether to Daly or to cable? Will the ball drop remain the center of New Year’s Eve parties? We will know the answers to these questions in the years to come.

Happy New Year and have a Happy Healthy 2014 from myself and everyone here at Manhattan Digest!