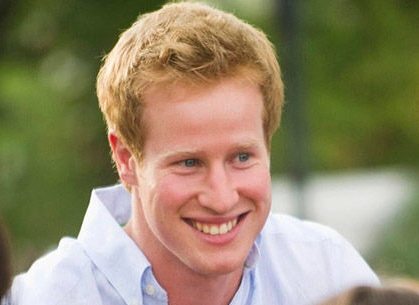 I Wanna Marry Harry: Tuesdays at 9 Eastern on Fox

One of the perks of this Olympics-distorted television season is that the schedules became scrambled to the point where the late spring/early summer dumping ground was somewhat diffuse (many networks ran their six and eight episode pickups back in the winter) compared to previous years. This means that inexplicably enough, the last time the schedule was so sparse that I was looking at something that had potential to be pure dreck was three long months ago. Luckily, the fine folks at Fox returned to their classic trash TV sensibilities with Tuesday night’s offering.

I Wanna Marry Harry comes from the same formula of reality shows that brought us The Joe Schmo Show and Joe Millionaire a decade ago: find some willing marks, mislead them, and throw them on TV for their confusion and our entertainment. This time around, the con involves confusing twelve American women that they are being flown to England to compete for the heart of British royalty. However, this Harry is a commoner whom merely happens to resemble Prince Harry.

So my first and foremost impression? I Wanna Marry Harry is the most painfully mean-spirited show I’ve seen in a while. We never really get to see the positive aspects of any of our suitors, who are all portrayed universally as ditzy party girls with no real depth and a bunch of gold-digging tendencies. Our fake “Harry” is introduced in a montage that involves him being completely inept at playing the role or on the verge of a nervous breakdown at the idea of having to deceive these suitors (about the only thing he gets right is the con artistry).

The reason that much of the show feels so mean-spirited, is that when it doesn’t feel mean, it instead feels empty and vapid. Much of the conversation between the girls is reduced to mildly catty discussion, when they aren’t trying to jam the word “Prince”, “Harry” or “Fairy Tale” into every last sentence uttered on the show. This extends out to the show’s filler, which often focuses on slow-motion walks or unmaskings of people whom we already know the identity of (They devoted a full minute to the twelve contestants unmasking, cutting to an ad break for “Harry’s” unmasking).

Equally frustrating is the basic execution of some simple aspects of I Wanna Marry Harry. There are poorly lit cutaways, the transition shot is often little more than a dizzying pan across the top floor of the castle, and there are times where it felt like the show clearly blended two different confessional interviews into one sound bite (each cutaway had the suitor in question wearing something different and with a different hairstyle). In many ways it felt like the show spent all of it’s money on the accouterments to try and fool the girls, because the difference between the level of detail at the set and what the viewer sees at home is stark.

The Final Verdict: There are so many things wrong with I Wanna Marry Harry, but I think the simplest way to describe it is as this: it goes to these elaborate lengths to try and fool it’s bachelorettes, but comes off very slipshod in how it presents the show to it’s viewers. It hides it’s vapidness with meanness and it tries to make it’s con man it’s sympathetic character. Skip this one, it adds literally nothing to a sub-genre of shows that were played out a decade ago.