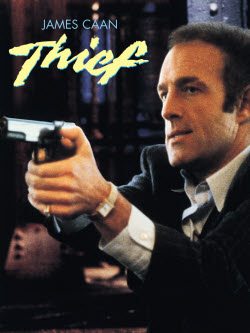 I’m of the opinion that anything is worth doing if you accumulate knowledge. I am therefore of the opinion that if nothing else comes from my Netflix’d column (money, career prospects, writing experience, etc.) then it will have all been worth it just to have had a better grasp on this fact: Netflix takes down movies and shows eventually. I had originally intended to have this article be a review of the brilliant British sitcom Peep Show, but unfortunately it would appear that it has been removed from instant streaming. In that case, I will be doing another movie review for this week, so make sure you catch Thief before it goes the way of Peep Show. 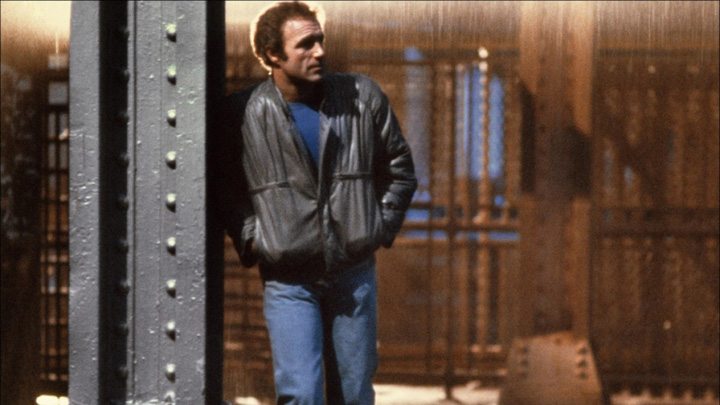 Film maker Michael Mann has been going through a bit of a rough phase as of late. His last two films (Miami Vice, Public Enemies) received negative reviews, and his HBO series Luck was cancelled after one season not for it’s low ratings, but because of PETA concerns surrounding the fact that three horses had been killed during the show’s production. From his recent work, it can be hard to recall that at one point the director was seen as a very consistent and appealing director. Known for his strong visuals and keen ear for selecting memorable soundtracks, Michael Mann has had a really interesting film career, especially when you consider he was the first director to bring Hannibal Lecter to the big screen (Manhunter), as well as have Robert DeNiro and Al Pacino share a scene (Heat). The 70-year old filmmaker is actually rather under-appreciated when one thinks about how often his name is brought up compared to peers like Martin Scorsese, and I actually feel his first film, 1981’s Thief, may actually stack up as his very best picture

The film is a Chicago-set crime drama that is indeed about a thief. This time it happens to be a guy named Frank (James Caan), who runs a bar and car dealership, but It’s all a front for his real career as a professional jewel thief, Lately though, he’s been wondering about giving the game up, and he wants to start a family with his girlfriend (Tuesday Weld), and is trying to get the right amount of money to support it. His exploits eventually bring him to Leo (Robert Prosky), a Chicago mob leader who is looking to pull off a very lucrative heist in Los Angelas, and he enlists Frank to help him.
Certainly not the most original plot in the world, but like several other great crime thrillers, Thief is all about the presentation and execution. Mann has nearly every shot of this film bursting in splendor, particularly in the action heavy scenes. One scene early on where Frank pulls a gun out in a office makes particular use of clever camera work, using plenty of close ups that give us a claustrophobic sense. Of course, the heist scenes are even more impressive, and they’re 100% believable in terms of the technology and methodology we see on screen, and are filmed in a really effective manner. Completely free of the trappings of CGI, Mann has his actors use real blowtorches and safe crackers in the film. Lengthy, carefully paced, and light on dialogue, the heist scenes in Thief recall the legendary robbery sequence in Jules Dassin’s noir classic Rififi,  which is saying a lot for a mainstream Hollywood film that was released in the 80s.
Thief is certainly a grade-A technical merit on Mann’s part, but James Caan also makes this his film as well. One would of thought that James Caan’s career would have really taking off after the Godfather, but he actually has been involved in plenty of lousy pictures throughout his decade spanning career. His performance in Thief remains a highlight for him, as he makes Frank quite an affable anti-hero. He’s a rugged and take-no-shit kind of guy, but there’s a real longing in him to go on to a life that actually means something. Some of the best scenes in the film involve Frank’s time with his love interest, such as scene when he’s yelling at her about how obvious it is that he’s a thief, while also asking her for sympathy. It’s probably the single funniest and sweetest scene that Mann has ever directed.
Flaws are few and far between, but there are some notables. A few of the scenes that take place in LA look absolutely nothing like the city (they weren’t shot there), and there could of been more storyline involving the film’s corrupt cop characters (especially considering how good an actor Dennis Farina is). As I said before the story is familiar too, but Mann finds ways to capitalize on the film’s necessary cliches. It’s all tightly wound, and ideally sets up the film’s heightened intensity and grit in the final act.
Thief is a must see film for crime fans, and arguably one of the best American pictures of the 1980s. Michael Mann really was at the top of his game here, as the film’s simplicity in plot allowed him to concentrate on conjuring some really complex visual cues. While it’s understandable when people say that all great directors burn out eventually, watching Thief gives me confidence that Mann still has that sort of mentality inside him. Even though this film came out over 30 years ago, I really do feel Mann has it in him to make another great film like Thief.