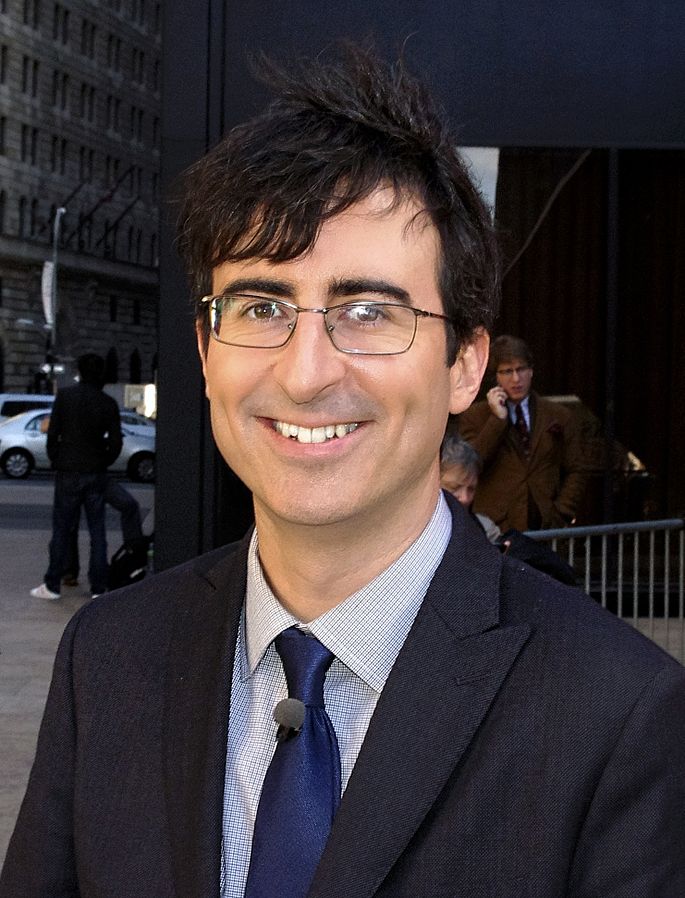 It’s amazing how late night TV sometimes ends up feeling like the royal family, with a particularly strong emphasis on lines of succession. Leno gave way to Fallon, Letterman will give way to Stephen Colbert. The reason I mention this is because tonight’s show was the end result of what could have easily been a situation that turned into a Leno-Letterman like squabble. After John Oliver’s strong run as guest host of The Daily Show (while Jon Stewart went off to direct a movie), HBO swooped in and gave him a megabucks deal to host his own Daily Show like show. This both tamped down any long term questions of who would succeed Stewart (which would now be reopened courtesy of CBS picking up Colbert) and gave a rapidly rising star (who has had an increasingly strong body of work over the past few years) a payday in line with what he deserved.

Last Week Tonight With John Oliver follows a mix of political satire and talk similar to what one would expect from The Daily Show. Both shows open similarly, building around commentary on recent news, though Last Week Tonight? tends to take a slower, more measured approach. It first two acts work similarly (with the second act tending to be a little more focused on one story), before switching to a pre-taped interview in the third segment. The act breaks are composed of pre-taped videos often presented in as an aside (with topics such as John McCain tells the same joke six times in six different places).

So how is Last Week Tonight? Well first and foremost, it tends to be consistently funny, if a little quieter than you’d expect. In lieu of the loudness you get from a Stephen Colbert type, the show instead focuses on Oliver’s razor wit, sarcasm, and flabbergasted reactions to stupidity. The show uses small pieces of original video (there was a funny parody video ripping on the Oregon health markets inability to register a single soul despite blowing $250 million dollars in taxpayer funds on the site), though generally the action never strays far from Oliver, even during the show’s briefer interview segment.

If there is a flaw to the show, it’s that it can become monotonous at points. The act breaks are incredibly short and while Oliver’s style is very easy going, he’s only the only presence on the screen for the vast majority of the show. The act breaks themselves are also incredibly short (maybe 15 to 30 seconds in length, maximum) This is in comparison to The Daily Show, which has a longer interview segment and various correspondents in addition to commercial breaks in order to better break out the show.

The Final Verdict: Last Week Tonight works because it takes much of the Daily Show formula and applies it to Oliver’s own style. The end result is a strong half hour of TV that’s perfect for winding down an otherwise intense Sunday evening of TV. This show has quickly bumped up into watch this territory, as it is a great nightcap to HBO’s powerhouse Sunday night springtime lineup.