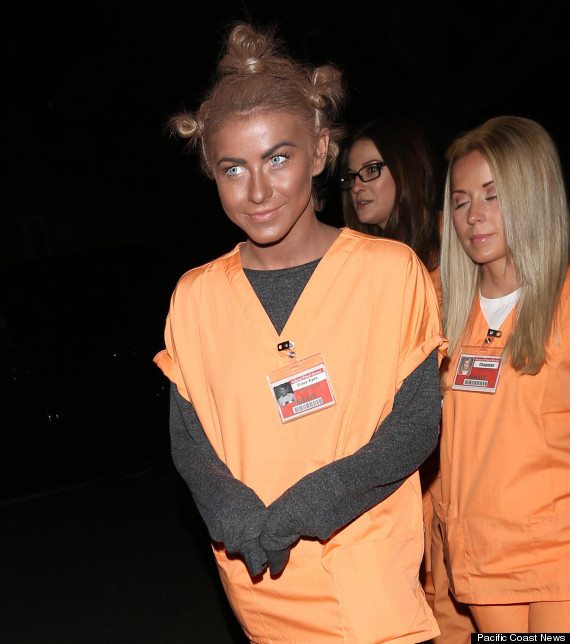 Former Dancing with the Stars pro,  Julianne Hough, might have made her first big misstep on Friday night.  Hough, 25, arrived to a Halloween party in Beverly Hills, Ca. on October 25, dressed in blackface as the character, Crazy Eyes, (played by actress, Uzo Aduba,) on the Netflix drama, Orange is the New Black.

Hough’s costume, which channeled the fictional prison inmate, included an orange jumpsuit, her hair in the character’s signature knotted hairdo, and an I.D. card featuring the character’s name. She arrived with several girlfriends also dressed as the show’s other prison inmates.

Hough’s poor choice of costume has understandably offended many. Blackface, the donning of dark paint or makeup on one’s face, originated in the 19th century as part of the theater culture to portray a caricature of African American slaves and to perpetuate the idea of racial and social inferiority.

Maybe next Halloween someone can cast a spell on her poor taste?

Update:
Hough has issued an apology on Twitter for her actions. “I am a huge fan of the show Orange Is the New Black, actress Uzo Aduba, and the character she has created. It certainly was never my intention to be disrespectful or demeaning to anyone in any way. I realize my costume hurt and offended people and I truly apologize.” 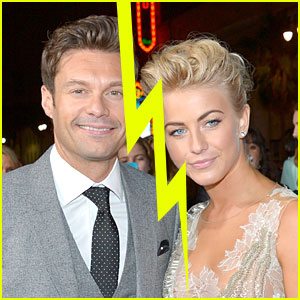 Well, this has been a sad weekend in celebrity news!  I’m sad to announce Julianne Hough & Ryan Seacrest have called it quits!  They had been dating for nearly 3 years & I thought they were really going to make it work & go the distance!!  So sad, let’s hope for a short break, before rekindling their love!!

Lindsey Vonn & Tiger Woods have decided to finally go public with their not so well kept secret!  They may have been able to keep it a secret, had Lindsey not been seen boarding Tigers private jet!  Have to be super sneaky to keep anything secret around here guys!