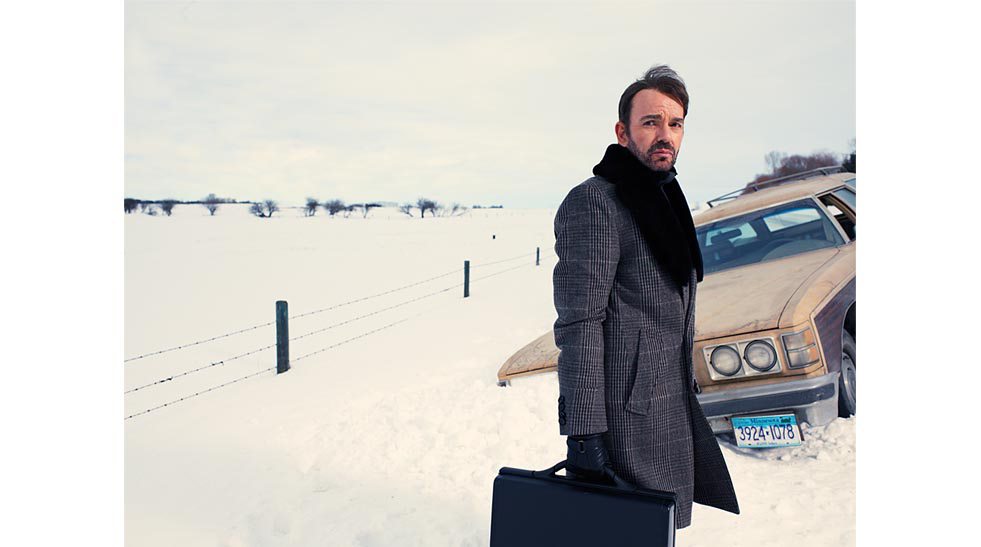 Fargo: Tuesdays at 10 Eastern on FX

Every year there seems to be one macro-level trend that every network on the dial jumps on at the same time. Last year, for example, that theme was serial killers, spawning The Following, Cult, Bates Motel, and (the strictly superior) Hannibal. This year, we’ve seen some subthemes with hostage crises (Hostages, Crisis), and spy work (Intelligence, The Assets). The real trend sticking through this year however, is to spin older movies into shiny new TV shows. NBC is trying it with Rosemary’s Baby, CBS is launching Bad Teacher next Thursday (I’ll have the review for you here), and FX is attempting the same feat with Fargo.

Fargo, loosely based on the Coen brothers picture of the same name, is built around the small town of Bemidji being thrown into upheaval when Lorne Malvo (Billy Bob Thornton) comes into town who changes the life of local insurance salesman Lester Nygaard (Martin Freeman). From here the show spins into the crime drama and black comedy roots of the original film, following not only Lorne and Lester, but the local Bemidji police force.

So how is this new Fargo? Well at a minimum, you can say the series starts with a bang, with the body count inching upwards from minute one. The show probably does well to instead do away with recounting the old story and moving towards a new, but parallel track. The superficial aspects are still present: the bitter cold, those upper-midwestern accents, a seeming commitment to niceness (unless someone’s talking to Lester, in which case the niceness tends to take that facetious “bless your heart” sort of tone), but anyone looking for familiar characters are not bound to find them. Unfortunately, if there is one knock with the series, it’s that it feels a little hollow at points (and also possibly the result of FX showing extended cut pilots for many of their drama debuts).

If you’re looking for the quirky, midwestern, homespun brand of dark comedy, you will find it in this Fargo as well. Often the humor is found in the spaces between the action, such as when Molly gossips to her local coffee shop owner about one of the murders just as her boss is walking in. Similarly, any time Lorne is forced to interact with teenagers, we are bound to get a comedic scene of him talking someone into mischief (or worse) while preying on the stupidity that tends to accompany kids of that age.

The show is superbly acted. Billy Bob Thornton is amazing as Lorne, a ruthless drifter who Thornton plays as if he is the devil himself. However, the real gem of Fargo is Martin Freeman, whose Lester is constantly pushed over the edge during the course of the pilot, gradually moving from bullying victim, to snapping on his brother, to putting out a hit on his bully, to much, much, worse. We also get strong acting from the supporting cast all around, including Alison Tollman, who plays Bemidji police officer Molly Solverson.

The Final Verdict: Fargo is the sort of show that’s in a weird place: if you view it as a watered down version of the film, you will probably talk yourself into not liking it. However, there actually is a lot to like, even if the show doesn’t truly transcend or break new ground (If I may steal an analogy from figure skating for a minute, the technical score would be considerably higher than the artistic score). I would still recommend checking this out if only for the particularly strong acting.