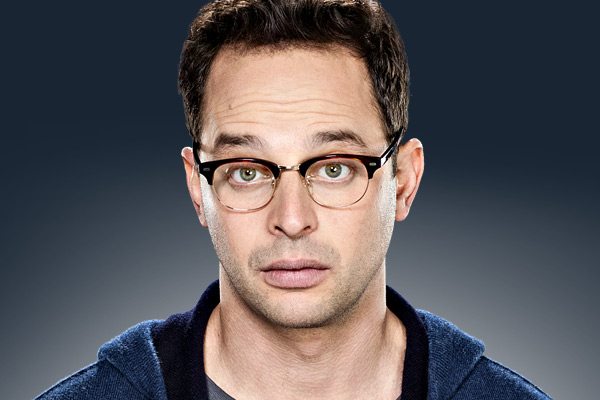 “Try to watch the Kroll Show in one sitting. It’s impossible.” — A personal friend’s Facebook status.

When I read that statement, I wasn’t entirely sure that any half-hour show could be truly that awful. I was only half wrong. As a result, I took the chance last night to watch a replay of the first episode and watch the second one live.

The sketch show loosely operates under the basic format of the Harold, which is commonly used in long-form improvisation and involved three different scenes being accessed at 3 different points in time. Generally the idea of this format is that it allows for rapid-fire bouncing between multiple isolated scenes with the hope of branching them together towards the end of the production. The show also differs from standard issue sketch fare by relying on a large list of guest appearances (the most visible in the first two episodes being Jenny Slate, Ed Helms, and Andy Milonakis) as opposed to a standard repertory troupe.

The reason I mention the structure in this case is because it really shows a lot of what is wrong with Kroll Show. I feel that the one thing many of the bits lack is a form of escalation. This escalation is critical because the dissipated structure of the show makes many of the sketches feel longer than they actually are, so when they stay on the same one joke through all three beats, it makes the show seem interminable. This lack of escalation was particularly apparent in the Ref Jeff sketch from episode 1 where the entire joke revolved around a referee trying to go out for drinks with players, but the antics never got out of that very basic level.

The other main flaw of this show is it often prioritizes pushing recurring characters over better and well developed jokes. The first two episodes alone gave us a one-note valley girl publicist (Liz G.), a one note club sleazeball that you’d find in your average Jersey Shore/Long Island club (Bobby Bottleservice), the Ref Jeff character mentioned above, the Rich Jerks (which of all the characters on the show were the strongest because there was slightly more to these guys than “we’re rich, and we’re jerks”, and Dr. Armond, Canine Plastic Surgeon (which fell flat because there just isn’t much of a character there period).

The show shines in those rare moments where it moves away from Nick Kroll’s characters as the focus of sketches. In particular, the ChikClub ad at the beginning of episode two was hysterical, as they advertised a chicken sandwich so good that people would sell out their beliefs for it. Similarly, the Sex in the City (for Men) sketch was equally strong, with its juxtaposition of the bubbly salaciousness of Sex and the City for the incredibly mundane conversation pieces of Sex in the City (For Men) while interspersing increasingly ridiculous bumpers in the middle every 10 to 15 seconds.

In general, the second episode seemed stronger than the first, though that may be because the Rich Dicks segment of the show escalated and twisted in a way that didn’t feel particularly trite (Rich guys need drugs, go to Mexico, get kidnapped, almost get killed, but then the head of the drug ring is one of the Rich Dicks’ friends from Manhattan so everyone goes home happy). The sketches also seemed to integrate together a little better (ChikClub found its’ way into all three main segments) I also happen to think that the writing seemed a little more focused (there was nothing that grated as badly as the argument in the PubLIZity sketch which devolved into full blown incoherence). Additionally, I find that the more that Jon Daly (the only consistent series regular besides Kroll) appears on the show, the funnier a sketch becomes, as he brings his trademark intensity and boorishness to every scene.

The Final Verdict: It’s not nearly as bad as my friend implied in the Facebook post at the top of the article, but it’s definitely not something I would go out of my way to watch unless it just happened to be on in the background while I was preoccupied with other tasks. The foundations for something greater are there, but the overemphasis on recurring characters was the sort of thing that also has turned me off to Saturday Night Live at points and that factor feels 100 times worse on Kroll Show. The end result is something middling and inconsistent, and if the show felt less like elongated versions of stand-up impersonations and more like the tight rapid-fire sketch show it aims to be it could be the perfect post-Workaholics anchor for Comedy Central.