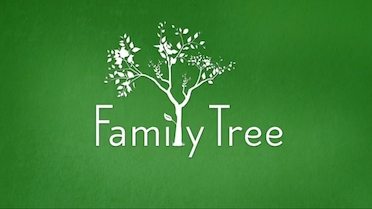 Anyone familiar with the mockumentary subgenre is likely familiar with the work of Christopher Guest, who wrote and directed such critically successful films as This is Spinal Tap, Waiting for Guffman, Best in Show, and A Mighty Wind. His latest project, Family Tree takes this style of wit and applies it to the small screen.

Family Tree follows 30 year old Tom Chadwick (Chris O’Dowd), whom after receiving an inheritance from his family, decides to look into his genealogical background. Ultimately this leads to Chadwick discovering a number of interesting stories from throughout his families past.

Our episode opens with Tom checking in at his father’s house (his father played by Christopher Guest regular Michael McKean) after losing his job and his girlfriend. He describes his job as an insurance adjuster (that he recently lost), before looking for a new position risk assessing bouncy houses. We also meet Tom’s sister Bea (Nina Conti), whom can only communicate her true thoughts through a puppet of a monkey. He then goes through the chest, only to find out about an ancestor whom held a military position and inquire about it with a local curiosities dealer.

We also meet his best friend Pete (Tom Bennett), whom befriended him at a young age. They are sent to a historian and antiques dealer by the name of Neville St. Aubrey, who is described completely nuts and focuses as much on a tangent about a turn of the 20th century photo studio as on Tom’s actual quest. Unfulfilled, Tom is sent home where he is set up on a date with one of Pete’s coworkers whom is obsessed with dinosaurs. Neville then calls him back later with the results of his study, only for Tom to find out that everything was not as it seemed in the photo.

Overall, the show paces itself at a nice relaxed clip and is incredibly light, while maintaining the esoteric nature that one would expect from most of Guest’s other work. The slow clip is a boon, as tonight’s episode “Boxes” needed to cram a large amount of exposition in 27 minutes, introducing us not only to our main characters, but also to our premise and the dubious historical authorities that Tom relies on to find his identity. Additionally, Family Tree benefits from its’ London setting, as the show is fearlessly dry and understated in its’ sense of humor.

In terms of acting, O’ Dowd thrives playing the perpetually mopey Tom, whom is not interested in a relationship because it would “get in the way of his wallowing”. Similarly, Bennett’s Pete has potential to be a scene-stealer, in his introduction he reminded me a lot of Ricky Gervais’ portrayal of David Brent: An awkward man with a heightened sense of self-importance whom can find humor in any situation.

That being said, this show definitively feels British (it is a co-production with BBC2 after all), so do expect a number of references to sail right over your head if you’re not very well versed in British television (I’m admittedly not). In this episode this was particularly apparent, as at least three times during the show we see snippets of fake BBC shows that rely on one knowing the source material to get the joke, and hopefully later episodes will translate better on this side of the pond.

The Final Verdict: Family Tree is absolutely delightful. While most Sunday cable offerings are often their most heavy dramatic offerings (see: Mad Men, Game of Thrones, Homeland etc.), it’s nice to have a show like Tree to unwind you as you prepare for the weak ahead. As a whole the show is superbly written, well acted, incredibly subtle, and most importantly: funny. If you liked any of Guest’s movie work it’s the highest of recommendations, and even for those unfamiliar with his prior work, I recommend checking it out.