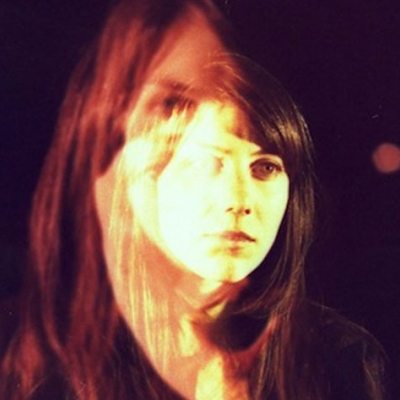 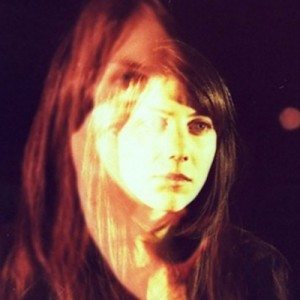 I originally thought Loud City Song — the 3rd LP and 1st studio album from Los Angeles’ Julia Holter — was a strange title for music bearing such a quiet serenity. After all, Julia Holter’s music has always been resemblant of everything but towering skyscrapers and industrialization — although it certainly can be brash and avant-garde now and then. However, while Loud City Song impacted me from my initial listen, I don’t think I truly understood it as a piece until I experienced it while walking through the lower east side of Manhattan. It just so happened to be the most perfect, sunshiny day of the year, and since I was accompanied by a slight breeze, I was thankfully able to stroll along the streets for hours on end without so much as a direction in mind.

While I often feel cities aren’t the best places to listen to music — with their disruptive subway systems and endless array of honking motor vehicles — with Loud City Song I seemed to be transported to a more ancient decade of Manhattan, and my mind soon became focused on the more transparent beauty of the city (or at least what is seemingly transparent for those of us who live here…). from the bright green shrubbery hanging from windowpanes, to the inviting cobblestone walkways, to the variety of tiny boutiques and coffee shops; even the people — who I am often too buried in my own thoughts to notice — seemed to stand out with their unique fashions and accessories.

As it happens, Loud City Song is somewhat based off of the 1950’s MGM musical Gigi — the most apparent allusion(s) being “Maxim’s I” and “Maxim’s II” which reference the main character’s often used cafe — but the story arch and lyricism of the album are so vivid and even surreal, that you really don’t have to know a thing about musicals to understand its meaning. Similarly, despite many themes being rooted in the past, Loud City Song has a message that feels very relevant in modern day society; one being our culture’s fascination with celebrities. Although Julia Holter’s previous two LP’s, Tragedy and Ekstasis, were somewhat based off of ancient Greek texts, Loud City Song ends up being an even more ambitious accomplishment.

So now Julia Holter is working in a full studio setting, and the first thing you’ll notice about Loud City Song is how gorgeous the instrumentation is; from the strings, to the horns, to Julia’s majestic voice itself, everything glows with a pristine quality. The pieces often radiate a bright yellowish hue; especially album centerpiece “Hello Stranger”, which may or may not be a projection of heaven itself. While her previous work was excellently composed as well, the instruments themselves sounded far below studio quality, and I occasionally felt like I was listening to a recording of a high school band. That production fault managed to pull me out of her otherworldly and dreamlike compositions from time to time, and kept her music from being truly perfect. However, now Julia Holter is in the place she was meant to be all along, and there is nothing preventing her from being seen as the superb composer/multi instrumentalist that she is.

As far as the music goes, these pieces act as a combination of the more abstract, avant-garde compositions of Tragedy, with the more direct, song oriented compositions of Ekstasis. Some people felt that the more traditional songwriting on Ekstasis was a step backward for Holter, but no one is going to be saying that here; everything sounds like a clear progression from her previous material. For instance, “In The Green World” happens to be one of the more song-oriented pieces on Loud City Song, but even when she works with standard chord progressions, the album’s otherworldly presence remains in full view. While, “Maxim’s II” ends with a riotous dueling horn passage, the noise feels necessary within the context of the song; nothing about this music sounds random or meaningless, as each note is playing its part towards a grander picture. She has also added a more prominent use of field recordings — such as those from city streets — on “Horn’s Surrounding Me” as well as some double bass on “In the Green Wild”.

Holter ends up sounding experimental and eye-opening without being loud or obnoxious; quite like Kate Bush, another artist who is able to take her music in exploratory directions while maintaining rapt accessibility. While beautiful is a word that is used far too frequently in music, in the case of Julia Holter it is truly fitting; the finest bits of Loud City Song are even overwhelming in their gorgeousness. This feeling of a bustling, happy-go-lucky downtown city environment doesn’t dissipate through multiple listens either. I’m in love with this album, and it might just be opening my eyes to the beautiful world around me.

7.) He’s Running Through My Eyes