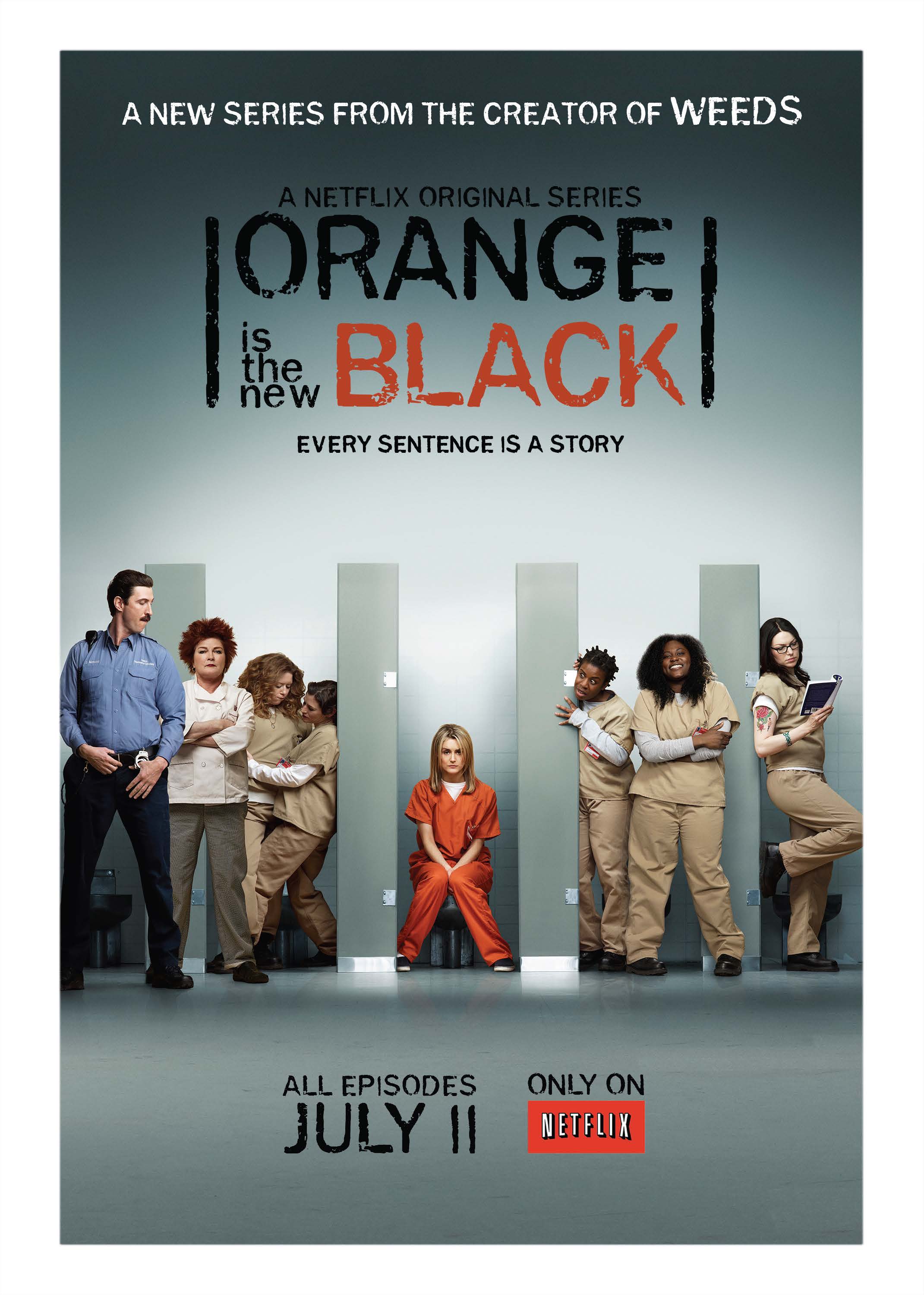 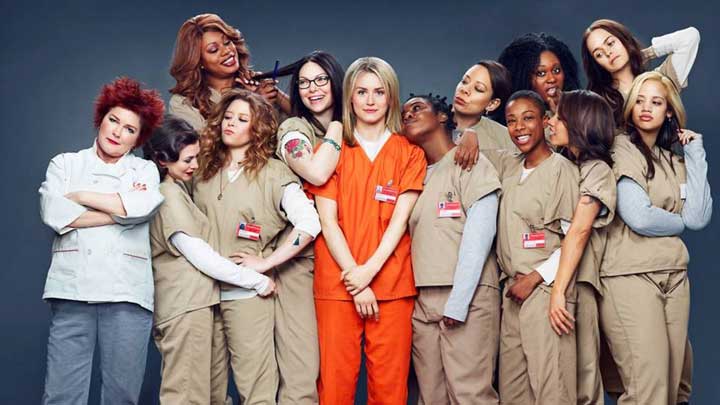 There are a few sub-genres for television dramas that I feel have become played out beyond the point of redemption. Cop shows have become so regurgitated at this point it’s a wonder that audience members don’t just stick to watching (and rewatching) The Wire, and medical dramas are perhaps even more so. That said, the one television genre that I lastly expected to have a fresh take done on it anytime soon was the prison drama. While you could make a case that there haven’t been very many prison dramas on television, I felt that two good ones were enough for one tv viewing lifetime. Oz explored the problems of the American penal system while also serving up plenty of delicious brutality, while Prison Break used the setting to pull off a rather clever action/adventure serial. Still, it’s hard not to acknowledge that setting a TV show primarily in a correctional facility severely limits story potential, which is probably the reason why those two aforementioned series eventually jumped the shark. Then I found out that Netflix was premiering a series set in a female prison. It made me think this: “…by golly, that could work!?

Orange is the New Black is based off the memoir of Piper Kerman, who served 13 months of a 15th-month sentence at FCI Danbury during 2004-2005. The show is a highly fictionalized interpretation of the actual events, but the base plot points have remained unaltered from reality. The show’s protagonist, Piper Chapman (Taylor Schilling), is a women in her early 30s, living in NYC with her fiance Larry (Jason Biggs), but her promising life is put on hold when her past finally catches up to her. It turns out that Piper had a romance with a female drug smuggler ten years ago, and now the authorities have finally fingered her out as an accomplice. She’s sent to a women’s prison in Litchfeld, NY, full of a whole array of colorful inmates and guards, including Alex Vause (Laura Prepon), her former girlfriend and the whole reason she’s in this mess in the first place.

You’re probably now wondering whether the show has a dark or light tone to it, but I can certainly attest that ONB is about as fun as a show about female prisoners can be, which turns out to remarkably be a lot. As the prison’s manager Sam Healey (Michael J. Harney) explains to Piper in the first episode, “this isn’t Oz.” Developed by Jenji Kohan, the creator of Weeds, ONB does indeed have a similar style and tone to that series. Like Weeds, ONB focuses on a strong female character (in this case several, actually), prides itself on using pop/retro music (compare the opening credits for both shows), and most blatantly it’s also a show that will stretch the definition of “realistic”. While certainly grounded in reality, the show often ventures into high-concept television situations, with heightened scenarios and plot developments that would only exist on American television, but this isn’t a bad thing. At a time when a show like Girls is getting major critical points for how real it seems regarding it’s female issues, it’s nice to see another show come around that focuses on women that’s just as raw, but isn’t necessarily trying to be as palpable.

Where ONB does differ from Kohan’s previous show, however, is in it’s format, and the show actually borrows a storytelling device from Lost: Heavy integration of flashbacks. As Piper gets to know her fellow inmates, we as viewers get to know them a bit more, as the show’s narrative will break from the present and look at the lives of it’s characters from before they were behind bars. The revelations we discover are often surprising, and even make us take a full 180 regarding our views on characters we previously thought we had figured out. At it’s best, the effect can be heartbreaking, as we discover that Jenji Kohan does find at least some humanity in all of her characters, no matter how terrible their acts may be. One episode that explicates on a character’s history as a child laborer comes off as particularly meaty.

It’s a fairly complex show, and right from the very first episode it’s clear that Jenji Kohan wants people to take home some social awareness from it. The show’s opening sequence placates image’s of the cast’s faces, in a not so vague attempt to address the show’s concerns about race and identity. Piper is certainly the odd woman out at this prison as she comes from an educated and well-off background. Still, her history as a homosexual gains plenty of attention from the other inmates, with the topic of lesbian sex consistantly brought up to her, and at least one of the show’s character’s refers to her as “wife”. While always provocative, the show is rarely if ever disturbing. The show isn’t afraid to deal with prison sex in a humorous regard, and yes sometimes that does mean rape jokes, but this black comedy is integral to the show’s success. It allows us to perceive the characters both as sympathetic and likable, and then when the show actually does show us onscreen violence (which is not very often at all), we get a much more lasting impact from it.

Besides social commentary, the show also functions brilliantly as a character study for Piper Chapman, who is actually much different from Weeds protagonist Nancy Botwin. While right from the start, Weeds showed that Nancy was fully integrated into her role as a drug-dealing suburbanite, Piper is ripe for growth as while she is fearful and unhappy with her incarceration, we also see her strive to make things better for herself and her inmates. Taylor Schilling does a mighty fine job of showing the character as both insecure yet optimistic, which makes us fully understand her relationship choices throughout the series. Speaking of which, I just can’t end this review without bringing up Jason Biggs performance. As most of us know, Jason Biggs was once a very recognizable leading comedy man in Hollywood due to the success of the American Pie movies, who has since had a much more quiet career in recent years. Here though, his ability for playing underachievers really takes off, and he really does seem like a perfect fit for Larry, the struggling quasi-Jewish writer. As Larry and Piper’s relationship comes more and more entangled, Biggs really shows that he can be a drama heavy weight when called for. The 11th episode features a really all-encompassing scene that involves his character speaking on NPR, and it profoundly addresses the shows themes on stereotypes and misperceived notions.

For my review of the Netflix original series House of Cards, I had said that I was really excited for the next slew of television shows that the site would premiere throughout the year. Unfortunately, I was only met with disappointment as April’s Hemlock Grove proved to be lackluster, and the much-hyped 4th season of Arrested Development was rather unfocused to say the least. ONB, however,is even better than House of Cards, and it’s perhaps the first show to premiere on Netflix that really makes the most of the site’s advantages. With all the episodes lasting between 50-60 minutes, the show really gives the necessary character development needed for its large ensemble cast. Also, besides being super addictive, I feel the fact that the whole season was released at once really works for it’s benefit. Viewers can return to episodes through a simple mouse click, and refresh themselves on certain moments that have a huge impact on the show in latter episodes. It’s a tactic Mitchell Hurwitz said he wanted to incorporate into the fourth season of Arrested Development, but it works far better for the page-turning nature of ONB. A very likely contender for best new show of 2013.