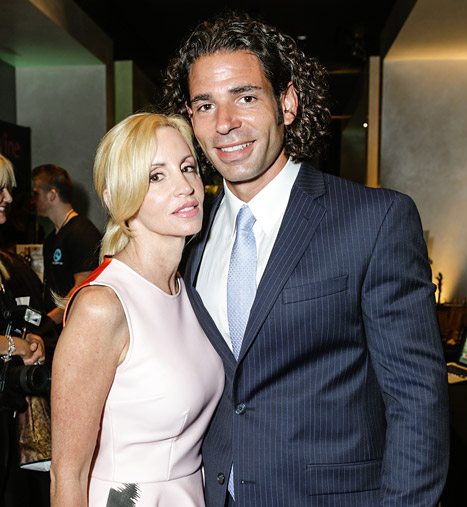 Real Housewives of Beverly Hills star, Camille Grammer, was granted a temporary restraining order on October 29, against her boyfriend of two years, Dimitri Charalambopoulos, amid claims of physical abuse.

The same day Grammer acknowledged the situation on Twitter, posting:

“Info will come out today that is jaw dropping. And women can’t be silenced after being physically abused! Getting my strength back now that I am at home and wasn’t able to deal with talking about it after my cancer surgery or what had happen[ed]. Yes, it was horrible what had happened to me two days out of the hospital,” she added in response to questions from her followers. “I was in fear for my life.”

Charalambopoulos has been ordered to stay 100 yards away from Grammer and her two children.

Grammer was previously married to actor, Kelsey Grammer, before filing for divorce in July 2010, citing “irreconcilable differences.” The divorce was finalized in February 2011. Grammer underwent a “radical hysterectomy” on October 11, after being diagnosed with early stage endometrial cancer.