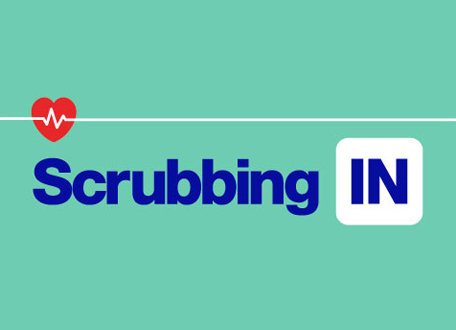 Scrubbing In: Thursdays at 10 Eastern Time on MTV

With the explosion in reality television across all segments of the cable spectrum (with ironically enough the worst offenders having once been cable’s bastion of high-culture television), it’s pretty interesting to see how networks brand their reality television. For example, E! focuses predominantly on psuedo-celebrity, whether it’s Kim Kardashian or WWE divas. Bravo tends to have cartoonish and morally repugnant caricatures of shallow rich people. At the other end of the spectrum, A+E takes glee at mining comedy out of society’s lower classes with shows like Duck Dynasty, while Discovery takes its’ reality content deadly serious. Oddly enough however, MTV (whose The Real World basically originated the formula) seems to often have a more schizophrenic take on the genre, flipping between super serious (early Real World, Kesha My Beautiful Crazy Life) and completely ridiculous (later Real World and pretty much anything from the Jackass and Jersey Shore trees).

It’s from that perspective that MTV brings us its’ newest occupant of the 10 spot in Scrubbing In. Scrubbing In follows nine young nurses doing a short stint at a hospital in Orange County. Dropped into new circumstances and from all across the country, our young traveling nurses must deal with navigating a new city, disrupted lives, and a hospital in need in what seems MTV would probably pitch as a mix of The Real World and Grey’s Anatomy.

Like many workplace reality shows, Scrubbing In could have taken one of two paths: It could either be a show about nurses who happen to be drunk millenials, or it could be a show about drunk millenials that by extremely contrived circumstances happen to be traveling nurses. It’s pretty clear throughout the first half hour that this show is clearly the latter, and it’s truly a shame as there could be some deep and very real drama within the walls of the hospital (the sort of drama that drove a show like Scrubs).

Instead what the show pushes for is to become some sort of Nursey Shore (sorry guys, I couldn’t resist on that one). The first half hour in particular tends to over focus on the sort of matters that appear in every other MTV reality show ever (petty squabbles, tons of booze, minimum two club scenes a show). Even the drama that occurs at work (Heather’s licensing issues, Tyrice and Chris’s spat over Chris trying to defend himself at the office) tends to fit squarely into this box. The end result is a soul sucking experience that feels like its’ been done before (and better).

This whole scenario would play off much better if our initial cast was likable. To the contrary, we instead get half the cast lumped off into an amorphous faceless mass seemingly more focused on bedroom matters than anything else (collectively referred to as the Pittsburgh girls), with the one outsider on the female half of the cast willing to snap at a moment’s notice (Tyrice). The guys aren’t much better, as Chris is played off as someone who will hit on everyone that moves and slightly two-faced, Adrian is played off as paralyzed in thought and incapable of taking decisive action in his personal life, and Fernando (who for now is this show’s de facto Vinny) never gets to register in any meaningful fashion.

The Final Verdict: If Scrubbing In represents the future of American health care, than I pray that I don’t ever get sick. Instead of getting any real drama derived from a potentially interesting hook, we instead get a pedestrian Jersey Shore clone without any of the personality that made that show entertaining. Skip this one and just give it a couple of months before MTV goes into season 90 of The Real World because it’s a mess, and a boring one at that.