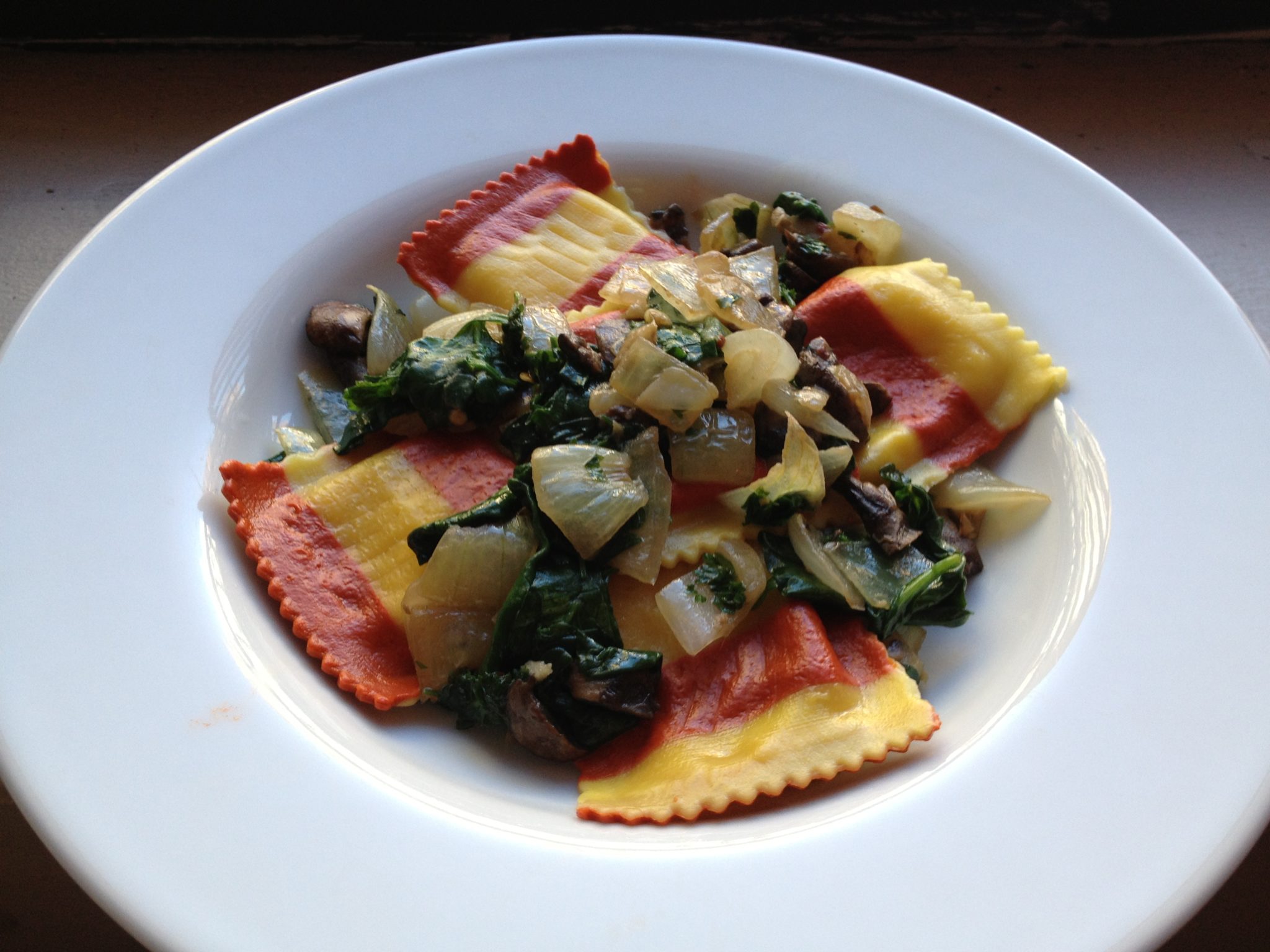 I felt like I was in the middle of a chopped episode when I opened up my fridge while hiding out from winter storm Nemo. I had been traveling so the cupboards are a little bare, and I just did not want to go back outside.

I then wondered why I did not have any olive oil in the apartment, but then looked and the dish as a way to change ravioli into dumplings. I heated the oil with the hot pepper and let the flavor soak in. I then fried the onions, but to be honest, they needed a little more time on the high heat, and would have be much better suited with a sharper onion, instead of one with such a high sugar content. I grated the ginger on the onions as they cooked. From here I broke down the mushrooms with salt and tossed them in with the onions and the spinach and parsley followed shortly after. All this was tossed with the Nuovo’s Crab & Lobster Ravioli after a quick four-minute boil.

All and all considering the fact that I was cooking from what felt like a mystery basket of ingredients I’d say that I would have gotten a solid B on the test. But, I should have cooked down the onions further and chopped them smaller, infused more chili spice into the oil and included more spinach for better balance. The dish should have used a sharper onion.

But I will say I successfully transformed a very traditional Italian meal base to a Chinese fusion type of dish. The sesame oil, chili, garlic and ginger melded well with the seafood moose that stuffed the red and yellow pasta. The dish was nutritious containing those dark vegetables high in nutrition. The dish was not fat free by any stretch of the imagination, but the sesame oil does have additional health benefits when compared to other oils. One surprise about the oil is the high levels of calcium and magnesium. It also is know to lower blood pressure. This combined with the anti-inflammatory properties of ginger makes for a meal that is filling, delicious with health benefits.

This in my mind is a fun way to spend the afternoon while avoiding going out in the snow.