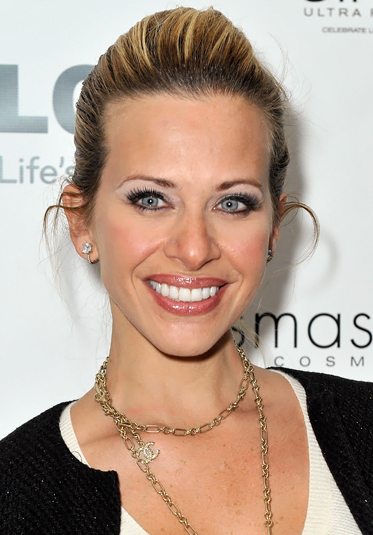 Dina Manzo is proving she is as thick as thieves with Bravo after announcing her comeback to the sixth season of the network’s hit reality series, The Real Housewives of New Jersey.

Speculation has escalated each season, that Manzo, who appeared on the first two seasons of the show, would return.  However, the speculation rapidly increased amid rumors that Manzo’s estranged sister, Caroline Manzo, would not be returning next season, as it appears that Dina does not wish to be on the show with her sister. Caroline confirmed the rumors that she will not be back after five seasons on the series:

“Over the past few years my outlook on the show has changed from something I couldn’t wait to show my future grandchildren to something I hope my future grandchildren never see,” she wrote on her bravotv.com blog.
Although she is saying farewell to her Housewives cast-mates, Caroline will not be parting ways with the Bravo Network. Manzo and her family are taping a spinoff, Manzo’d with Children, a show focusing only on her family: Caroline, her husband Al, their three children and Caroline’s sister Frannie.

Along with the addition of Dina, it is also rumored that three new women, twin sisters Nicole and Teresa Napolitano and their friend Amber Marchese, will be joining the show. The network has yet to confirm the new cast members.