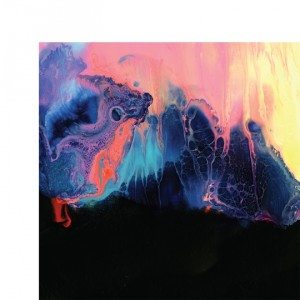 Shigeto: No Better Time Than Now

Let’s all take a minute to absorb the beautiful and absorbent cover art to Shigeto’s latest full length (posted above), No Better Time Than Now. It’s the kind of bright, Asian-tinged water color painting we see frequently among album artwork — especially those of abstract-leaning electronic artists — but still, its vibrant textures and colors seem to leap out from the print and engage the viewer despite a lack of true “originality”. Here lies a notable parable within the music of Shigeto, as while his music easily recalls the kind of spacey, jazz-influenced electronic music recently popularized by Flying Lotus and his Brainfeeder label, it does so with its own individual flare for style, and at its best it even seems to exist somewhat above its contemporaries. I’m not necessarily saying that Shigeto has “perfected” the style brought upon by FlyLo, but only that he has created the next version of it, and thus it exists on a newly developed scale. And yes, I know, with a title like No Better Time Than Now, it would be easy for one to become unwarrantedly sucked into the so-called modernity of it all — and in doing so overrate the album — but title aside, this stands as an accurate representation of where we are in 2013 as far as achieving a state of perpetual chill out bliss.

Shigeto’s previous releases — most notably his criminally underrated Lineage EP — showed off Saginaw’s excellent musicianship — specifically his intricate percussive patterns — but here, he comes into his own as a true producer; one who is capable of forming a neatly contained universe of sounds, where each theme complements the last to form a piece that is larger than the sum of its parts. With that said, drumming might still be the defining aspect of these tracks, as he consistently and adeptly circles through his arsenal of percussive equipment: congos, chimes, tamborines, thumb pianos, timpani and maracas to name a few. Just listen to how busy a track like “Detroit Pt. 1” or “Ringleader” is, and how every few measures there is a clear, noticeable progression, yet the track never feels bloated or overwrought. Only on “Perfect Crime” does Saginaw perhaps become too fully indulged in percussion elements to the point where the remainder of the track becomes drowned out.

Certainly though, with an album with such an obvious jazz influence, their are plenty of space-age keyboards and woozy synths in the mix, and there are tracks which implement more traditional jazz instrumentation; one being the lounge laden “Miss You”, which is practically begging to be put on your relaxing grooves playlist. The chord progressions on tracks like the opener, “First Saturn Return” and the title track are especially notable, as they are impressive from a purely musical standpoint, while also feeling deliciously thick, saturated, and well….”new”. It’s also quite clear that many segments were built off of improvisations, which adds to the feeling of this being an authentic and honest account of who Shigeto is as a musician. Excepting the finale, there are no vocals to be heard on the album, and as far as I can tell, the only samples are those of environmental noises such as falling rain and birds chirping; both of which give the music a very naturalistic vibe. Despite the astral, spaceship conjuring themes on tracks like “Detroit Pt. 1”, when all is said and done this isn’t a bad album to go hiking with.

Unfortunately, on the second half of the album — which is slower paced, more ambient in nature, and less progressive — it turns out that there are some weaker tracks that don’t have as much going for them musically. While “Miss You” originally stands out for its soft, clean-cut guitar, during its second half the mind starts to wander, and it is here — on the 6th of 11th track — where pacing becomes problematic. The following track “Ritual Howl” is notable for its eerie atmosphere, and would have possibly worked nicely as an interlude, but with its 4:28 running time it lacks the intense musicianship featured on the rest of the album. “Soul Searching” is one of the more abstract pieces, and despite the off-kilter, clickety-clock percussion that runs through the 5 minute track, it feels ungrounded and directionless. Its easy to ignore these faults, especially at first, because the musicianship is there, and the sounds — which radiate with a comforting, effervescent warmth — are also there, so you’re not necessarily going to be looking for things to complain about. Also, since the quality jumps back to “A” on the final two tracks, it’s easy to forget that the album was only perfect 7/11ths of the time.

With its fresh, modern take on electronica, there’s a whole lot to love about No Better Time Than Now. From its loads of personality, to its seemingly endless virtuosity, you’ll be hard pressed to find an electronica album that reaches the heights of this one in 2013. I was ready to give it my highest honors after my 3rd and 4th listen; before my incessant listening had to go and ruin it all, that is. It may not have much cross over potential, and it may not be much to come back to come 2014, but as for those of us living in the here and now, this may be as spectacular as it gets.