I am now 26 years old, which means for about three quarterd of my life I’ve known what the internet is, more than half of my life I’ve been using search engines as a primary cause for obtaining information, and that for roughly a third of my life I’ve used social networking sites. You could say I’m very much an organism spawned from the information age, yet in some regards I’m rudimentary for my era. I don’t own a smart phone, nor do I have a twitter account, and for the longest time I thought HTML and JPEG were the same thing. It can be a bit of a perplexing time for someone like me, someone so reliant on technology, yet foreign to it’s mechanisms, that it’s enough to make me want to grab a time machine, and head on over to 1994 (it was more affordable back then too). With that in mind, I can gladly say that if the pilot for HBO’s new half-hour comedy series, Silicon Valley, is truly an inclination towards seeing how the information age really works, then we are in for some exposure that’s intelligent, sympathetic, curious, and damn funny too.

Set in contemporary Silicon Valley (the South Bay Area of California’s Bay Area), the series focuses on five young men living together in a shared ranch-house. The group is led by Ehrlich (T.J. Miller) a man who sold ownership of an idea to a major company early into his career, and has since become a self-proclaimed big-shot, who really just wants to latch onto anybody’s success that comes his way. So enters the show’s central character of Richard (Thomas Middleditch), a shy college dropout who just happens to have accidentally stumbled upon a concept that could net billions of dollars. He’s invented a software that allows songwriters to check their work against the vast body of pre-recorded music to see if there material hits any copyright infringements, but the program serves a higher purpose in that in compresses files without lessening their quality, an innovation that programmers have been striving for. Richard is soon after given two options, where he can either sell his idea for a quick $10 million, or he could accept an offer of $200,000 for a 5% share from  venture capitalist Peter Gregory (Christopher Evan Welch) who offers his support and guidance in getting the program off the ground, and beginning his own company.

Right off the bat, Silicon Valley appears to be striving to find humor in how real it is. For one, the show’s team of main characters aren’t portrayed so much as nerds as they are…bros. They use slang language, shoot the shit, drink beer, show off tattoos and smoke pot like so many other post-collegiate North Americans, it’s only they know HTML code, and the value for programming new interface systems. Its a wise move to depict these characters as such, especially seeing that the definition for what a “nerd” is now seems murkier than ever. Also, it’s clear that the show stems from real life experience, as creator Mike Judge did live in Silicon Valley in the 1980s and worked for a startup video card company named Parallax. Although set in the modern day, the fact that Judge hasn’t been a Silicon Valley programmer in almost 30 years doesn’t seem to hamper the show’s authenticity, and the key is that Judge understands that this life is a business, and not unlike most other businesses either.

It’s exactly the type of humor and sense of realism that should be expected from Mike Judge, one of America’s most prolific comedic geniuses. The creator of Beavis and Butthead and Office Space, has time and time again shown us that he puts out work that is capable of providing both low-brow yucks, with a high-brow comprehension of things, and Silicon Valley immediately resounds in this area (who else would write a scene where a character says he’s eating liquid shrimp at an upscale party, and that the taste reminds him of ejacualate…if he knew what ejaculate tasted like). Still the show could also be the next evolutionary step for Mike Judge in regards to his live-action work, as it still carries the reserved flow of his animated canon, while carrying the cynicism towards common standards that was in some of his films. Office Space became a cult-classic due to how it helped office cubicle serfs realize their dilemma, as well as act as an unbridled form of escapism, and his more recent (and not entirely successful) film Idiocracy, showed that he was concerned that society’s binge on media and information overload may eventually leave us all incurably stupid. Silicon Valley may actually end up serving as a spiritual prequel to Idiocracy, if it’s commentary only continues to grow more scathing, and it’s views more universal.

All-in-all, it’s a very strong pilot, and hopefully the show will end up as as a sleeper hit. In recent years, it’s become blatant that HBO’s been looking for a new comedy series to become a flagship for the station (not unlike Curb Your Enthusiam, which isn’t necessarily gone, but HBO has said they’re “Cautiously optimistic” about there being another season), and you can see they’ve been trying to do it with shows like Girls and Veep, that are trying to rewrite the standards for what an HBO show should be. It’s unclear right now if Silicon Valley is trying to do that, but it is more evident that it’s the type of show that only Mike Judge could give us, and seeing that this is his first-time working with a premium channel, it seems likely that this is the very first tv series we’ll see from him that’s presented exactly the way he wants it. 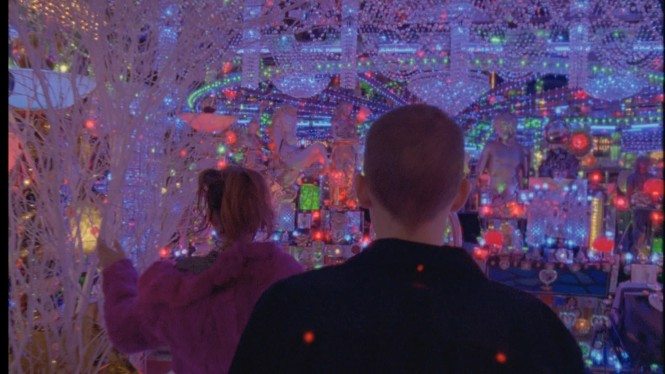