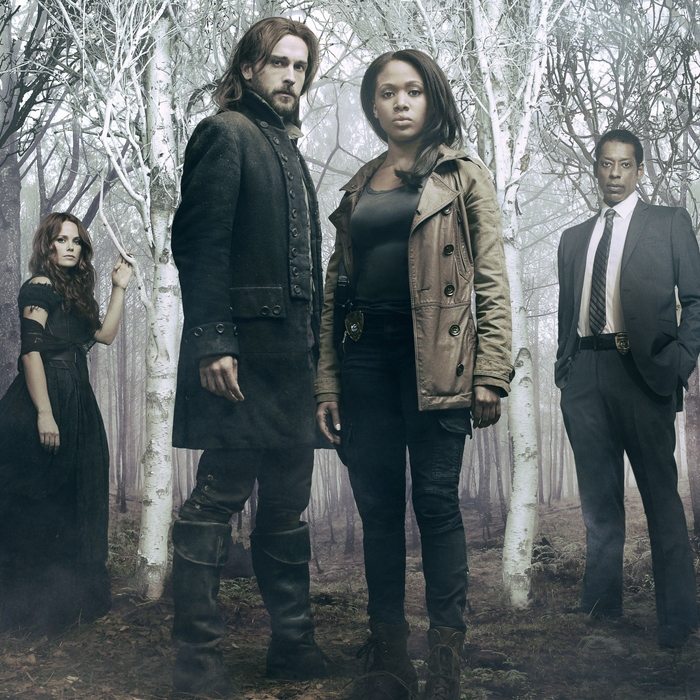 After a couple of weeks of false starts and some minor premieres on cable, the fall premiere season kicks into full gear tonight. First up is some new television from Fox, who provides us with an offering that jumbles up period pieces and modern crime dramas in it’s newest show: Sleepy Hollow.

Sleepy Hollow mostly takes place in the present day, when law enforcement resurrects Ichabod Crane (Tom Mison) in order to help solve mysteries in the titular town on the Hudson that are believed to have a supernatural bent (due to a certain Headless Horseman). He is teamed up with current cop, Abbie Mills (Nicole Beharie) who also happens to have personal experiences with the paranormal. During these mysteries, we flash back in time to look in on 1776, where the horsemen is believed to have come from and learn more about Crane’s past including his wife Katrina (Katia Winter).

So how is this new offering? Well uneven (as one would expect from a pilot of a fairly complicated drama) on every account. Visually, the show looks pretty good, with the Headless Horseman being suitably intimidating, and opening on a pretty awesome revolutionary war battle scene. However, for every scene that looks awesome, we get hokey special effects, such as the obviously wax modeled sheriff’s head and the background effects during Ichabod’s dream sequence. Finally, I hope you love the fish eye lens, because this show is completely infatuated with it.

This unevenness also affects the writing. While the show tends to master keeping it’s exposition brief, to the point, and in a manner that doesn’t feel redundant (not like it truly can because this is decidedly NOT Washington Irving’s Ichabod Crane), it also tends to float all over the place in a manner that will leave you scratching your head. For example, there was one point where a priest that we at that point twice in passing is dueling with our headless horseman in a manner that would be more befitting of Harry Potter or Dragon Ball Z than modern day Hudson Valley monsignor vs. supernatural being of death incarnate. Similar logic seems to make one question the major mid-episode twist that Lt. Mills could have a complete demon launched nervous breakdown and be well adjusted enough to pass not only a local police but FBI psychological exam.

Speaking of Mills, she is however the sort of protagonist that we do not see enough of on TV, being a strong female who does not devolve into a caricature, with bonus kudos to Beharie’s performance, which sanded down some potential rough edges of the character (as cop banter potentially could play into some unfortunate consequences). Orlando Jordan does a surprisingly strong job playing the no-nonsense police captain, while John Cho’s minor character Officer Brooks being equally entertaining (especially in the closing moments). Really the only character, I thought was off was Crane, whom aside from being really dissonant from the traditional version seemed really hammy at points, especially early on.

The Final Verdict: Sleepy Hollow is an incredibly uneven show, however, that doesn’t show the whole picture. What Sleepy Hollow is in actuality is the sort of show that becomes exponentially better if you’re willing to turn your brain off for an hour, sit back, and let the ridiculousness watch over you while the headless horseman runs around with a machine gun and Ichabod Crane is less nebbish professor and more revolutionary war bad ass who happens to have a cute witch wife and runs around sounding like Dr. Orpheus. Check it out if you can turn your brain off, but if you’re the sort of person whose going to worry about things like logic and consistency wait and see.