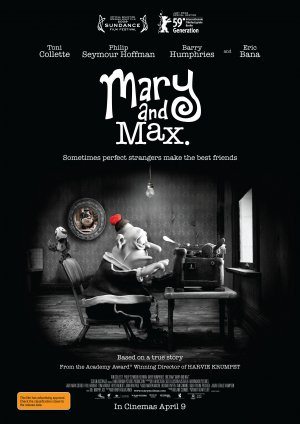 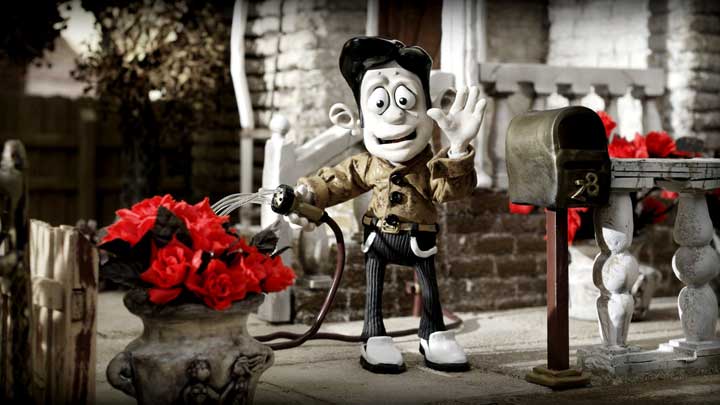 Is it just me, or does clay-animation carry with it a mystique that’s absent from any other form of animation? It’s a comment that really can cause one’s mind a sense of whip-lash, as there’s been so many animated films to come out in the last few years that have passionately displayed the artistry of the medium. Pixar released masterpieces throughout the aughts, Wes Anderson showed his auteur style fit pitch-perfectly with the stop-motion animation of The Fatastic Mr. Fox, and Tim Burton had his best directorial effort in years with last fall’s Frankenweenie. Still, clay-mation just comes off as the most fascinating and intricate method of animation for me. Perhaps it’s the blatant diligence on hand, knowing that the average second of a clay-mated film consists of about 10-12 frames of footage, or maybe it’s the ability for this style to appear both eerie and child like at the same time. Whatever the reason, Australian animator Adam Eliot fully understands it’s appeal, and that’s why his debut feature film, Mary and Max, qualifies as an instant classic for the animation field and one of the most mature films the medium has given us.

Beginning it’s decades spanning narrative in the 1970s, the film (narrated with story telling aplomb by Barry Humphries) introduces us to Mary Daisy Dinkle (Bethany Witmore). She’s a 8-year old Australian girl curses with a distant father and alcoholic mother, and she’s often made fun of due to an unfortunate birthmark on her forehead. Seeking to escape her dreary lifestyle, she decides to mail someone a letter in New York City in search of a pen pal, and fate links her up with the perfect companion. Her note reaches fellow-outsider Max Jerry Horowitz (Philip Seymour Hoffman), an over-weight, autistic man in his forties who possesses a staggering amount of intelligence, yet is bereft of almost any social skills. After much confusion with the letter, Max eventually decides to respond, and the two form a lifelong bond, and experience a life-affirming yet tumultuous journey together.

Inspired by Adam Elliot’s own experience with his own American pen-pal, one can clearly sense that the film comes from a very real and immediate place. For the record, Mary and Max is the one film I’ve seen that really comprehends Aspergers syndrome, and I don’t think I’ll see a live-action film anytime soon that really captures someone on the spectrum with an accurate portrayal of how they view the world. Max carries all the stigmas that the disorder has such as sudden panic attacks, and the obsessive desire to obtain more knowledge in the world. While Max’s pet peeves and mannerisms carry plenty of levity to them, we do feel a true sense of sorrow for the character’s plight, especially as we see the character misjudged by so many normal people. As we see Mary grow older she comes to understand Max’s condition, and we as viewers also come to understand the disorder as well. The film certainly rings true for anyone who has felt out of place in the world, and strongly desired to find a true soul-mate out there(in this case a platonic one). 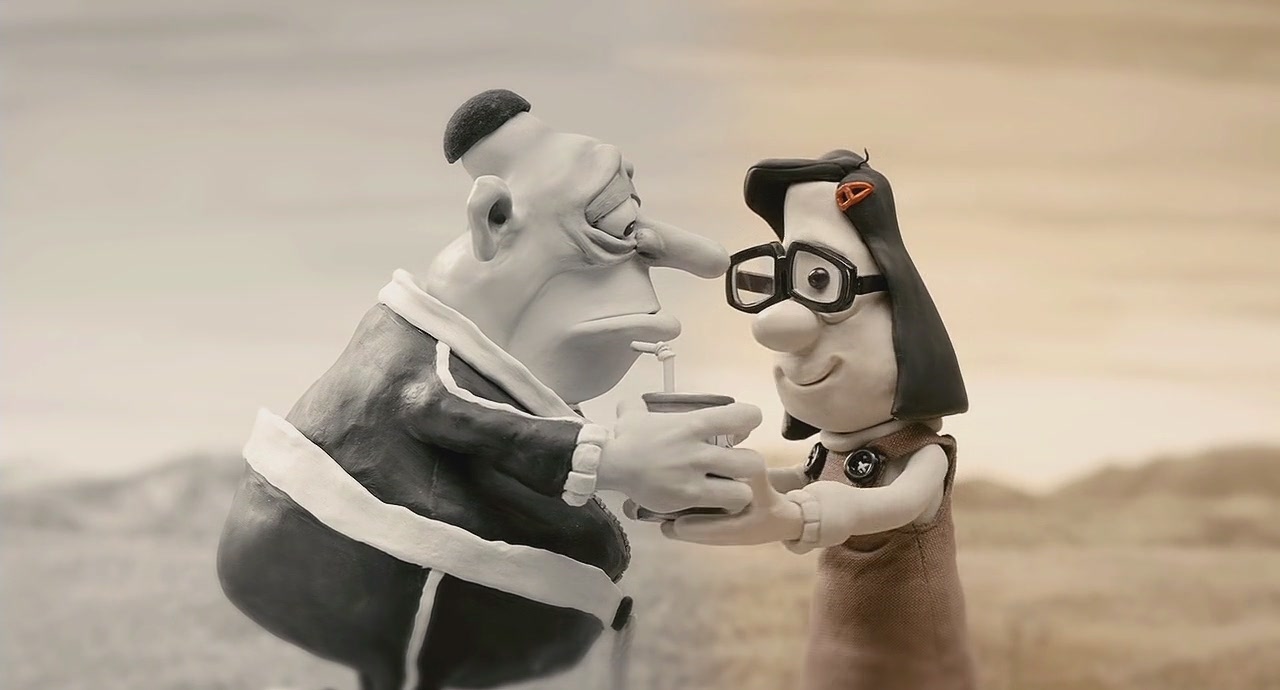 The film is a real marvel to look at also, even while shot at a relatively small budget for an animated film (I.E. Mary and Max cost around $8 million,while the Fantastic Mr. Fox had a budget of $62 million). The film may not be as fluid in it’s animation as other films (including the clay-mated films of Aaardman Studios), but Elliot and his team are certainly creative where it counts. All the materials in the film are hand crafted, and while the animation can at times be stilted, it never feels out of place in the world of Mary and Max. Those that saw Adam Elliot’s Oscar-winning short film, Harvie Krumpet, will certainly notice that his skills with claymation have only improved since that venture, as the character designs feel more fleshed out and polished here. It’s amazing that the figures in the film (both human and animal) are rendered in a way that’s cute enough for kids, yet murky enough to let their parents know this is an adult-minded film. As I stated earlier, Mary and Max capitalizes on clay-mation’s strength to make films that are both cartoonish, yet haunting

Also, despite the whimsical feel and sense of humor to it, it will surprise many people how dark a film Mary and Max is. The film’s view of the world is often chaotic and cynical, perhaps most on display with the film’s depiction of New York City. The city (circa mostly the 1970s and 80s) is painted in drab black and white, and filled with characters that are often rendered as insane or negligent (check out the hippies!), which is a clear parallel towards Max’s condescending view of society. Mary’s Australia isn’t much better either, as while it is in full color, we often see Mary suffer harsh abuse, and face numerous tragedies through her life time. Still, the film never descends into cruelness or hopelessness, and it’s moral about friendship is always present, and allows us to find sympathy towards these characters and the fucked up world they live in.

Mary and Max is a triumph of modern animation that’s on par with some of the best Pixar films. I wouldn’t recommend it for young children due to it’s heavy material (alcoholism, sex, suicide, etc.), but it’s well advised that teenagers watch this film, and maybe even some mature tweens. It’s a heartfelt story that’s always thoughtful and never sappy, and it’s ending is possibly the most bittersweet one that an animated film has ever had. Here’s hoping it won’t be too long (give or take 5-10 years) for Adam Elliot to deliver us another clay-mation masterpiece. 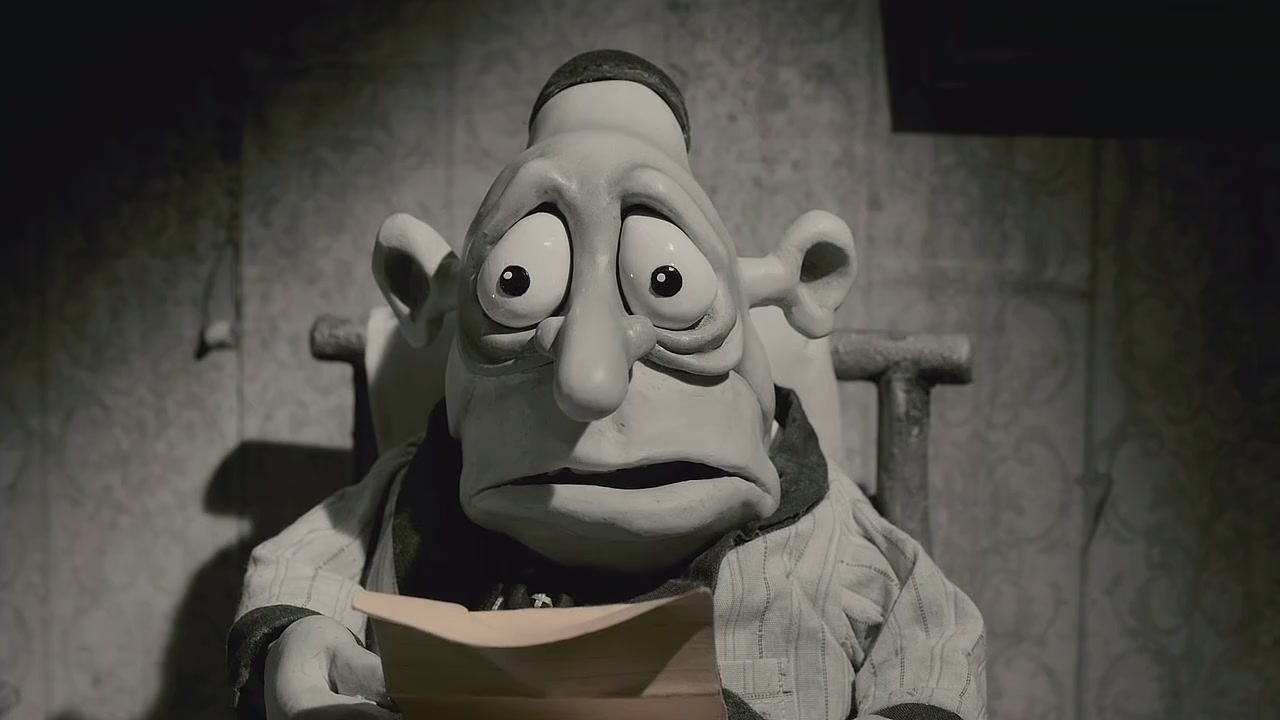