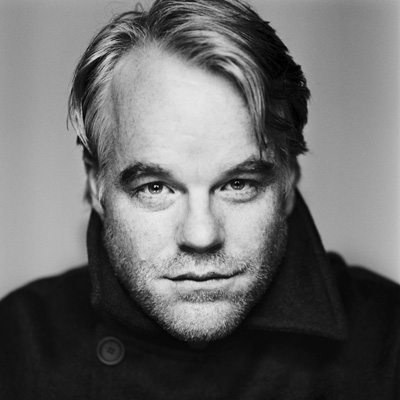 Our movies are filled with violence; our songs are filled with sexual innuendo; our television shows with mindless drama and endless materialism. We have no problem watching shows such as The Jersey Shore where topics ranging from one night stands to STIs flow like the amount of alcohol we see on The Real Housewives of Beverly Hills (or any Real Housewives franchise for that matter). Yet in an age and in a country where very little is taboo, there are still things we choose not to talk about. And the lack of conversation and exposure to these topics continues to hinder the progression of our society.

The death of actor, Philip Seymour Hoffman, is an unfortunate example of the cost of our silence. Hoffman’s death at only forty-six years of age on Sunday February 2nd appeared both unexpected and devastating. But for those who personally knew the actor, it was the tragic culmination of a lifetime struggle. A graduate of NYU’s Tisch School of the Arts, Hoffman won an Academy Award for his role in the acclaimed movie, Capote. After struggling with drug use in his youth, he relapsed at the end of 2012 after 23 years clean, seeking treatment for ten days in May 2013. Hoffman’s longtime partner and mother of his three young children, Mimi O’Donnell, was said to be both shocked and inconsolable when she learned of the actor’s untimely passing, as she had still believed him to be in recovery. Hoffman was found by a friend in the bathtub of his New York City apartment with a hypodermic needle sticking out of his arm.

According to Tracey Helton Mitchell, a recovering heroin addict and author of the soon to be published book, Black Tar Heroin and Beyond, “the underlying cause to the use can be nearly as painful as the use itself…The lifetime commitment to abstinence from drugs is what kills many people. When they have cravings to use, the stigma attached to heroin use forces them to deal or not deal with their affliction in private. If we were courageous enough to try to conquer our insatiable desire for heroin, we feel weak telling another person that we feel like using is once again a viable option,” she wrote in a special article for CNN.

Often it is common for addiction to co-occur with mood disorders such as depression or anxiety. But the stigma attached to mental health disorders and treatment makes it difficult for those dealing with such issues to seek treatment rather than using or self-harming.

Unfortunately Hoffman is not the only celebrity to recently succumb to his drug addiction. Actor Corey Monteith, best known for his role as Finn on the Fox hit, Glee, died on July 13, 2013 at the age of 31 from a heroin and alcohol overdose. Hoffman and Monteith are among countless other talents gone too soon. And although the media loves to sensationalize most issues involving celebrities, addiction is something very real that affects millions of “every day” people. Regardless of whether you believe that addiction is a medical illness or a self-inflicted harm, it cannot be denied that it is a topic often looked down upon and difficult to talk about. After all, those fighting to overcome addiction need to want to get better in order to be successful. But there seems to be a level of shame attached to addiction, unlike physical ailments such as diabetes or high cholesterol, which doesn’t allow for those struggling with it to speak as openly about their problem. The problem becomes worse when we cannot begin an open and honest dialogue where that shame is left at the door.

Addiction is not the only topic in our society that is repeatedly stigmatized. Dylan Farrow, the adopted daughter of Woody Allen, is another example of an individual at the forefront of media attention this week, for the struggle she faced in private. Dylan, who now lives in Florida under a different name, wrote an open letter featured on The New York Times after Allen was recently awarded the Cecil B. DeMille Award at the 71st Annual Golden Globes. In the op-ed Dylan speaks for the first time about the alleged sexual abuse that took place at the hands of Allen when Dylan was just seven years old. Allen vehemently denied the allegations at the time and continues to deny them now, claiming that Dylan’s mother, Mia Farrow, placed the horrific memory in Dylan’s mind as part of their contentious split and subsequent custody battle. Despite findings of probable cause by the state of Connecticut, Allen was never charged or convicted of any crime, as the prosecutor felt that Dylan was too fragile.

“That he got away with what he did to me haunted me as I grew up. I was stricken with guilt that I had allowed him to be near other little girls. I was terrified of being touched by men. I developed an eating disorder. I began cutting myself. That torment was made worse by Hollywood. All but a precious few (my heroes) turned a blind eye. Most found it easier to accept the ambiguity, to say, ‘who can say what happened,’ to pretend that nothing was wrong. Actors praised him at awards shows. Networks put him on TV. Critics put him in magazines. Each time I saw my abuser’s face – on a poster, on a t-shirt, on television – I could only hide my panic until I found a place to be alone and fall apart.”

Dylan says that her reason for going public with her side of the story is to encourage others – those with fears of coming forward or being called a liar – not to remain silent.

While we live in a country in which Woody Allen is innocent until proven guilty, it’s extremely disheartening that the claims of a seven-year-old child were subdued by the roaring power of the entertainment industry. It often happens that the victim who decides to speak up, does so only to be re-victimized by those who should be supportive.

Similar to addiction, we tend to sweep the discussion of sexual abuse and child molestation under the rug. And although it’s certainly not the type of thing we find easy to detail as a society, it is so important not only in the treatment of those who have experienced such awful, life-changing events, but in the prevention of those same events as well.

Though the subjects of mental illness, addiction, and sexual abuse are difficult to talk about, if we can begin the tough discussions of these topics, the discussion will eventually get easier and we have the capability of changing lives for the better. And lets be honest: there is absolutely nothing shameful about that.