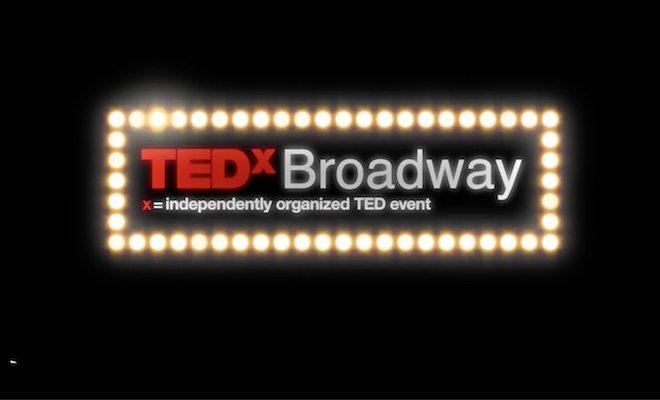 Two weeks have passed since passionate Broadway fans and industry insiders gathered in Midtown for the 7th annual TedX Broadway Conference. Perhaps some of the ideas that were generated there have already been implemented Or, as co-founder Jim McCarthy suggested, ”Maybe these ideas will act as a time bomb. One of the speakers you hear today might ignite a spark down the road and will change your perception or the way you do things.”   Co-founder Damian Bazadona joined McCarthy at New World Stages on February 27th  for the sold-out event.  In the past, the two have framed the event around the question, ”What is the best Broadway can be?”  This year, the query was different:  ”What is something you’ve paid a price to know?”