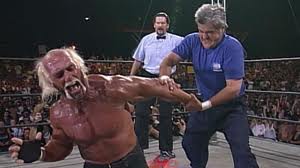 As someone who follows, writes about, and reveres TV institutions, NBC has made it extraordinarily easy to find out when Jimmy Fallon starts his run at the desk once held by legends such as Steve Allen, Jack Paar and Johnny Carson (February 17th for those keeping track at home), but incredibly difficult to find out when Jay Leno was ending his run (his last show is February 6th as the show takes a week off for the Winter Olympics). This seemed particularly off putting to me, as through The Tonight Show’s over 11,000 episodes two of the most memorable had to be Carson’s 1992 departure and Conan O’Brien’s 2010 farewell.

Even after the year of Conan, the idea of 11:30 not being a Leno-Letterman centered universe is foreign to me. I’m just a smidge too young to have been staying up at 11:30 for Carson, who left the air when I was in kindergarten, so my frame of reference comes after the first of many Late Night turf wars for Leno, when himself (then Carson’s regular guest host on Fridays) and future Late Show host David Letterman were jockeying to become the heir to Carson’s chair.

While Letterman would get the original upper-hand on Leno in the ratings war, the Tonight Show would storm back through Leno’s witticisms on what had to be the defining topic of 1994: OJ Simpson’s seemingly never-ending murder trial. Leno’s run on the Tonight Show would continue to generate buzz throughout the 90’s leading to a feud with Hulk Hogan in WCW and wrestling in a Pay Per View main-event match. These were admittedly better times for NBC as a whole– the “Must See TV” lineup anchored by Friends and Seinfeld was a juggernaut, the network had the best sports portfolio on the air (NFL Football, NBA Basketball, MLB during the All-Star Game and playoffs, and both the Summer and Winter Olympic Games).

A key part of this late night rivalry seemed to come from the contrasting styles of the two comedians. Letterman tended to be on the cutting edge (especially during his late night run), often cracking jokes that were sardonic, postmodern, and biting (his takedown of NBC’s Las Vegas Gambit which replaced his AM show is a golden example of this). Leno, on the other hand, has always had a more old-school feel– his delivery felt like the sort that’s often used to mock hack comics who tell bad jokes about airplane food. This phenomena even extended to his two Tonight Show mainstays– Jaywalking and Headlines, both seem as old as the medium themselves, with the man-on-the street interview going back to Steve Allen and Jack Paar. While on one hand, one could find this style grating, it also would ultimately serve as the last vestiges of a tamer style of comedy that served the networks well since the dawn of television.

In later years (especially after the Jay Leno Show debacle), Leno seemed to turn into this Rasputin like figure over at NBC. Blamed by viewers for forcing out Conan and by the network for shredding NBC’s schedule to bits (by obliterating the 10pm hour all five nights of the week), it was clear that the network was going to give Leno a short leash from day one by making their next host of Late Night the clear heir apparent. In spite of the short leash, Leno still seemed like an unassailable figure that both sparkled the audiences of middle America as adeptly as the maneuvering that kept him in his role.

Whatever you may think about the constant jostling and self preservation (he’s probably less culpable in the Conan situation than people made him out to be– NBC in retrospect was the first victim of the implosion of broadcast dominance and while wiping out the slate for Leno was a reckless move, I’m not really sure anything would have done better in those time slots) or his often more punchless brand of observational humor (made all the more glaring compared to Letterman’s more sardonic style of humor), the end of Leno’s run on late night is a bittersweet end of an era. The move signals a changing of the guard as the much younger (and perfectly suited for millennial tastes) Fallon takes over at Tonight, while the show itself moves back to New York.

In the long run, I think Leno’s legacy actually comes down to how well he sticks this particular landing. Even with last departure being horrendously botched and then ultimately reversed, that time around was not truly Leno’s late-night swan song: He was effectively being promoted as the end result of making a promise that would ultimately be too difficult to keep. This time around there is no new show, no likely prospect of a new show (and at 63 it’s doubtful he finds a Conan-esque cable deal, though a show about the man and his car collection could make for better reality TV than 90 percent of unscripted cable TV right now anyway), and increasingly like a relic to a time before irony and sarcasm ruled the comedy roost. A graceful exit here could indeed provide Leno with the goodwill that he has seemingly lost in the wake of the Conan debacle (as the adage goes, “Fool me once, shame on you…”) and help position him as the elder statesman of a medium that targets increasingly younger by the day (unless you watch CBS). 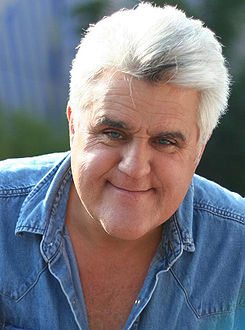 Thursday morning became a hotbed for rumors about the future of NBC pillar The Tonight Show. It seems that for the second time in five years, the Peacock is finding the least graceful way to handle the impending departure of Jay Leno (a decision that nearly killed the network five years ago, and a decision that the network is more than willing to make again).

The first piece of news was that with Jimmy Fallon’s anticipated ascension to the late-night throne, The Tonight Show would return to New York for the first time in four decades. According to the New York Times, NBC is apparently already in the process of building the set at their Rockerfeller Center studios in anticipation of a 2014 transition, with fall of 2014 being the latest possible date for such a transition. I am entirely in favor of such a move, if only because the idea of NBC’s four most venerable institutions (Today, The Tonight Show, Saturday Night Live, and the NBC Nightly News) in one building just feels correct.

In turn, this transition has also managed to cause Leno to slowly open fire on NBC in his recent monologues, including making constant mentions of how NBC has managed to dip to lower rankings than Spanish language Telemundo, making it the number five network in America. This in turn prompted an angry email from NBC head honcho Robert Greenblatt demanding that Leno stop bringing up that embarrassment on air. Needless to say, Leno has continued mining NBC for fodder since the email was sent. Personally, (and very rarely do I do this) I have to take Leno’s side in this kerfuffle. Mocking the network president is a time honored television tradition (and about 1/3 of the jokes in the entire seven season run of 30 Rock). If you don’t want to be fifth or have people point out you’re fifth, maybe I would stop putting out shows like Animal Practice and Do Not Harm.

So how’s Fallon reacting to all of this? He’s being coy, saying all the right things, and generally trying to keep this succession from spiraling out of control, playing down the rumors in last night’s monologue.

What do I think overall? I think NBC needs to play their hand particularly cool, as the last time they bruised Jay Leno’s ego they eviscerated their prime-time schedule, embarrassed themselves and dug themselves a hole that they are still struggling to get out of three and a half years later. Furthermore, NBC has traditionally proven themselves inept at making the Tonight Show transition (see: Carson to Leno, Leno to O’Brien back to Leno), and being aggressive at forcing Leno out seems to create a much bumpier ride than there needs to be. People forget it took a decade of Friday guest hosts and a considerably older Johnny Carson to move him from the late-night chair. That being said, it’s probably in the best interests of NBC to move Fallon to the Tonight Show chair as soon as possible, as Late Night seems to be getting the lions share of both the advertising and the ratings stunts (Justin Timberlake week). However, I could also see it being likely that the Leno force-out is part of broader network-wide change in personnel with the ratings struggles of Today possibly forcing Matt Lauer out in the near future as well.