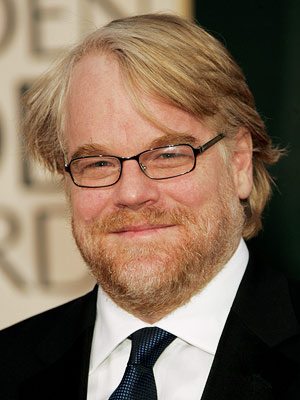 There’s been plenty of recent media coverage surrounding the tragic, drug-related death of Philip Seymour Hoffman. Found with a syringe in his arm next to packets of heroin, the award-winning actor had been known by some to struggle with drug addiction. Since Hoffman had won the hearts of numerous fans over his distinguished career in the spotlight, it’s no wonder that the circumstances of his death received such public attention.

However, it’s interesting to read how various news platforms report on the drug implicated in Hoffman’s death. Much of the attention has shifted to Robert Vineburg, Hoffman’s alleged dealer who, according to a “TMZ exclusive,” also used the drug with the late musician Amy Winehouse and artist Jean-Michel Basquiat. Reports like these, many of which site TMZ as their source, focus on Vineburg’s association with the heroin-using celebrities. This small glimpse into the world of a drug that gets relatively little media coverage these days in New York may spark the curiosity of some readers (or leave them with the misguided impression that only the rich and famous artists of the city are addicted to heroin).

Interestingly, a report on a recent drug bust in the Bronx might help to support that (false) notion. ABC News published a story earlier this month about heroin mills “located behind the doors of New York homes, which authorities say are a sign of a well-oiled distribution network that caters to more mainstream, middle- and upper-class customers like the Oscar-winning Hoffman.”

The keyword here is still “Hoffman.” That particular article about the bust only went up after Hoffman’s death, even though the $8 million dollar seizure of heroin in the city happened days before. Of course, it often takes popular figures like entertainment celebrities to help draw public attention to longstanding issues. A New York Times’ headline exemplifies this practice, noting, “Hoffman’s Heroin Points to Serge in Grim Trade.”

But is this really a “serge” or just a downpour of coverage falling from the storm of the beloved actor’s death? The aforementioned Times article cites Health Department statistics that indicate an increase of heroin-related deaths in the five boroughs between 2010 and 2012 but admits that the exceptionally high rate of Staten Island’s OD deaths have no “established connection” to those stats. The Times reports elsewhere that opioid-related deaths actually quadrupled in Staten Island during a period from 2005 to 2011, when it decreased overall throughout the five boroughs.

Regardless, heroin hasn’t been a major media presence for some time now and seems to have made a major comeback in the wake of Hoffman’s death. Articles have been cropping up regarding youth’s use of the drug from Staten to Long Island. Even Oregon news outlets have hopped on, releasing Portland’s relevant statistics earlier this month.

To be fair, many news platforms did pick up on the major Bronx bust before the renowned actor’s death. But would we still be reading about heroin-addicted teens in Long Island on CNN just days after if not for Hoffman? Honestly, it’s hard to say.